The shirt featured a hooded man in front of a burning cross, which Brian McCracken insisted was some sort of joke 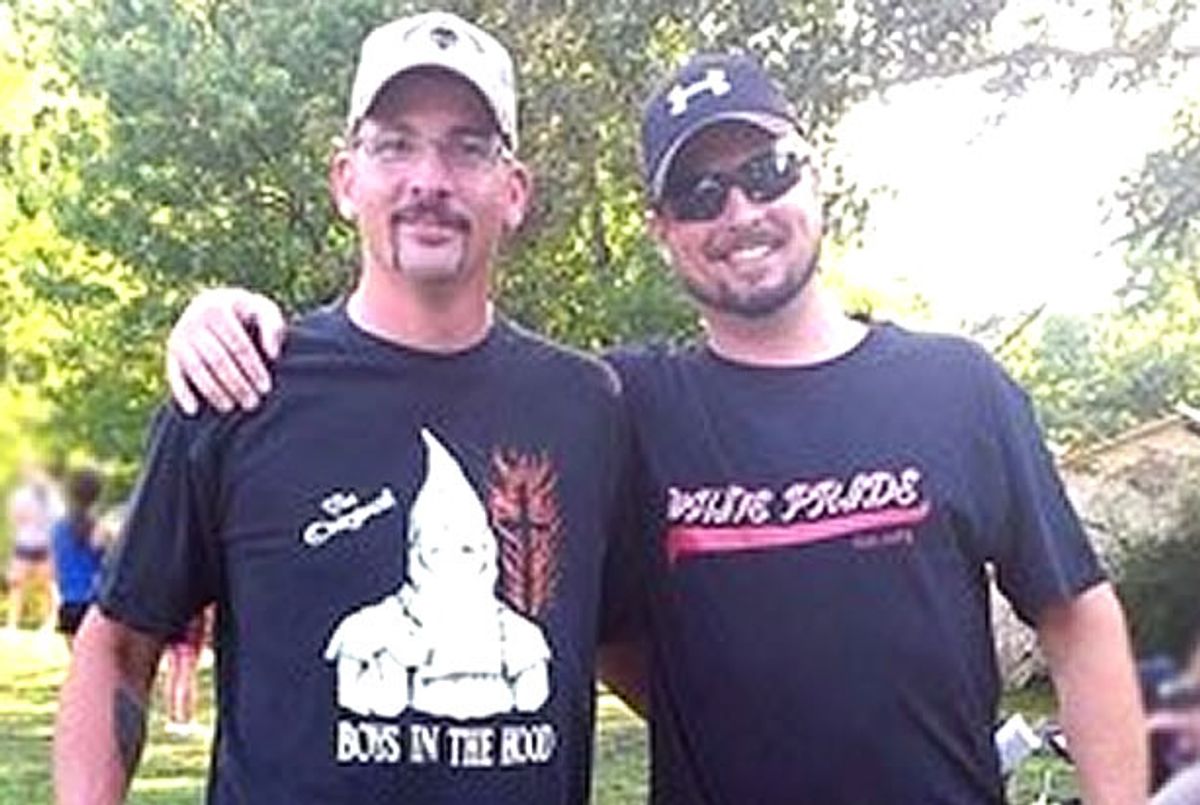 An Alabama woman claims that she's no longer allowed to be a volunteer cheerleading coach after she complained about the racist shirts being worn by the team's assistant vice president, Brian McCracken, and his friend, Brian McDowell, WAFF's Lauren Bale reports.

Former volunteer cheerleading coach Kayleigh Tipton said that she arrived at a practice of the Boaz youth cheerleaders only to find McCracken and McDowell sporting the racist t-shirts.

The team's assistant vice president, McCracken, was wearing one that featured a robed member of the Ku Klux Klan in front of a burning cross, accompanied by the words "The Original Boys In The Hood." His friend McDowell's t-shirt was more direct -- it read "White Pride."

Tipton said she contacted Commissioner Kenny Jones, who said he "ended up taking care of the situation" by informing "the parents that they are no longer allowed to wear that type of shirt to any NAYF function."

"We have zero tolerance for any kind of discriminatory apparel or anything," Jones added.

However, the next time Tipton arrived at a practice, Vice President for Boaz Cheer Melynnda McCracken told her that her volunteer work was no longer required.

"I'm just disgusted because I feel like I didn't do anything wrong besides make a complaint, [one] that should have been kept private to begin with,” Tipton said. “I asked why and [McCracken] could not give me any reason."

Commissioner Jones said that the request was unrelated to her complaint. "There was some parent concerns [about] some drama that was going on, so we had to go in, evaluate, do our diligence and see what actions were necessary."

Brian and Melynnda McCracken have since quit, and both they and McDowell insist the shirts were worn in jest. But that doesn't matter to Tipton or her husband, Cody, who told WAFF that "it's hard for a biracial child that is 4 and 5 to understand what racism is. It just outrages me and a lot of other parents but no one will stand up to it because of the consequences their children will get."

Watch a report on the incident via WAFF below.