"Why are you trying to steal Jon Hamm's Emmy?" 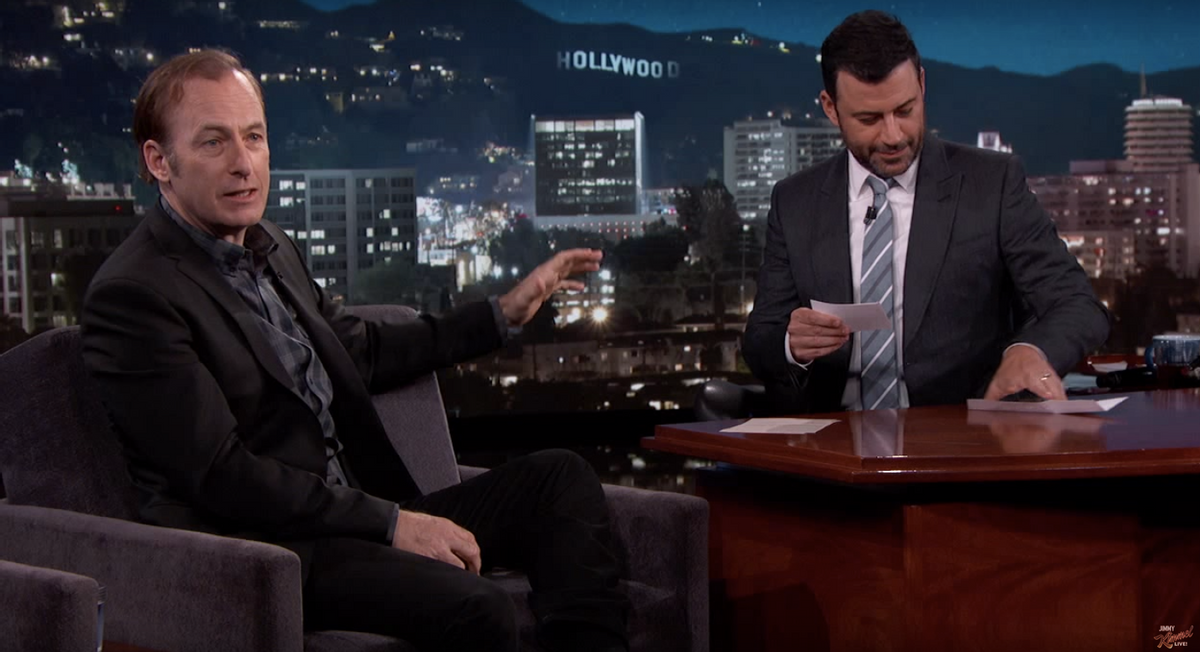 Bob Odenkirk is convinced that everyone has been a lot nicer to him (read: too nice to him) since the news broke that he'd been nominated for his first-ever Emmy for "Better Call Saul."

That's why, while appearing on "Jimmy Kimmel" Monday night, Odenkirk resolved to bring his own hard-hitting questions to the interview, the ones he wished people would ask him.

"I feel like you're the type of guy who could cut through the B.S. and ask me the real questions," Odenkirk said, before handing Kimmel a stack of notecards.

Among the "questions": "Why are you trying to steal Jon Hamm's Emmy" and "You're ugly. Discuss."