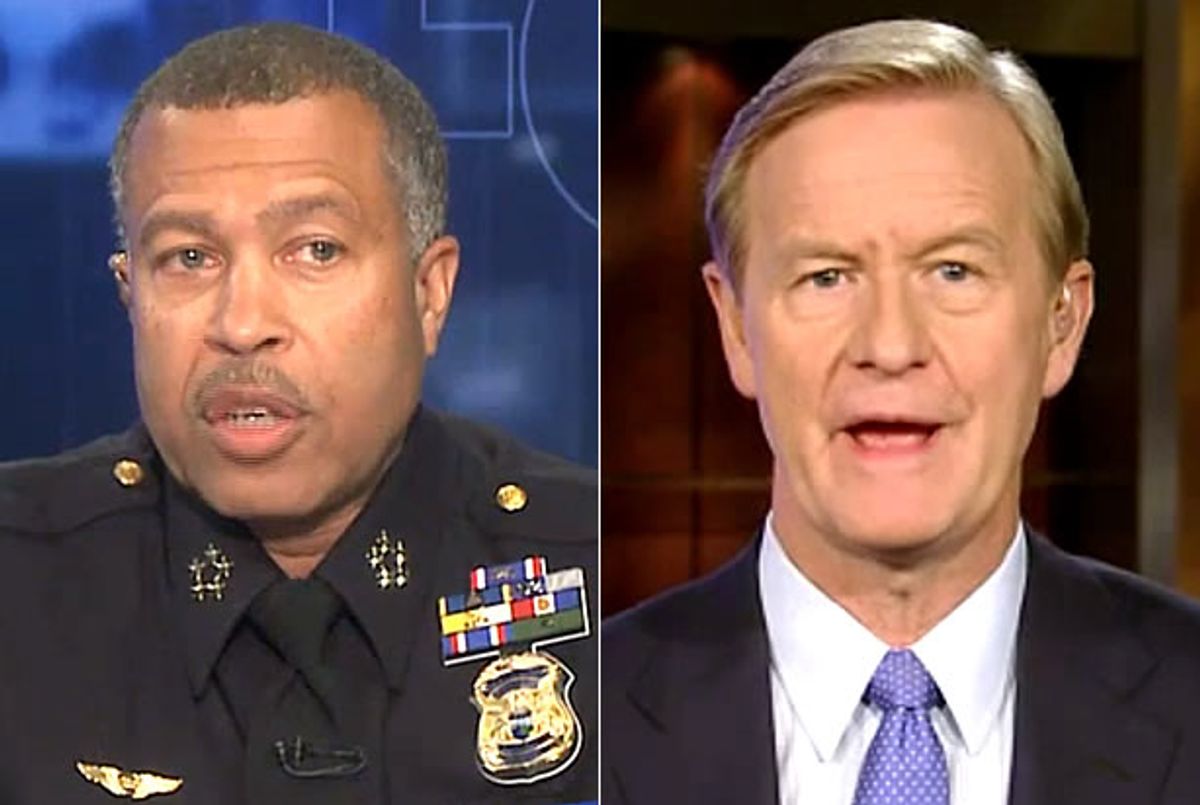 In short, the entire conversation between Doocy and Chief James is predicated on a cherry-picked statistic and -- as will be demonstrated shortly -- a survey of felons that states an obvious truth that, for reasons that would be inexplicable if not for the pair's ideological blinkers, surprises them.

After presenting those tendentious statistics, Doocy welcomed Chief James to the show, and he quickly attributed the decline in homicides and other violent crimes to the increase in gun registration among civilians. He claimed that "criminals know" now that when "ordinary citizens are faced with imminent harm, they're going to respond."

He proceeded to discuss a survey of 1,800 felons in which they claimed that "the number one thing the felons were afraid of was 'armed citizens.'" He cited "a study done by Wright and Rossi," two professors who have been pumping out very similar work since 1983 -- including another survey in 1986, in 1994, and in 2008 -- in which 57 percent of felons conceded that "they were more fearful of an armed citizen than police," a conclusion Chief Craig believes is bolstered by the single-year decline in homicides and violent crimes from 2013 to 2014.

The far more likely reason a slim majority of felons are more concerned with being shot by armed citizens -- or "armed victims," as Wright and Rossi dub them -- is simply because they know that despite the recent spate of officer-involved shootings, there are safeguards in place that typically prevent officers from shooting first and asking questions later. The same cannot be said of private individuals, but Steve Doocy's not inclined to use Occam's Razor.

"So basically," he said, "Detroit's the opposite of a gun-free zone. So if there are bad guys looking to rob somebody, you don't know if the person you're about to rob is carrying a gun legally!" Chief James responded that "some of the bad guys are even wearing body armor," which suggests a pattern of escalation that's not likely to lead to a continued reduction in violence, but no matter -- perhaps the Detroit Police Department can come up with some better way to deal with this escalation, maybe by teaming up with a corporation to create a method of law enforcement so advanced as to be beyond the current curve of escalation.

Because it's impossible to imagine that plan backfiring.

Watch the entire conversation via Fox News below.