Gunman still reportedly on the loose 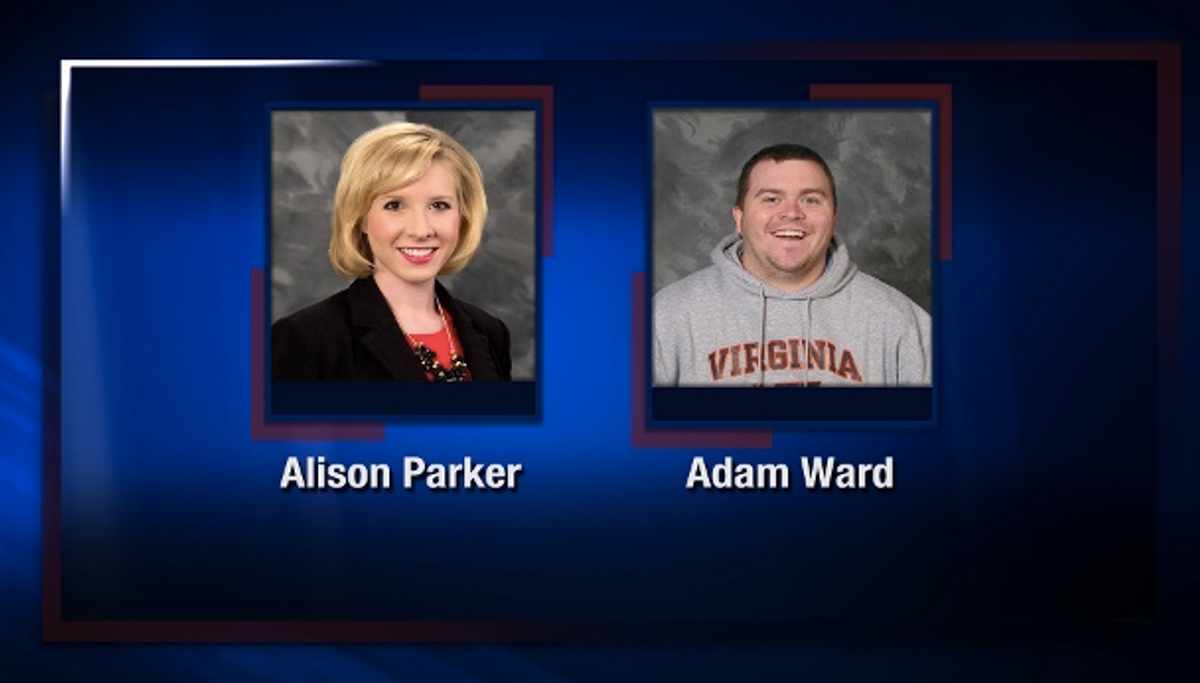 At about 6:45 this morning, two young journalists were shot dead live on air while reporting on an unrelated story.

The shooting occurred at the Bridgewater Plaza in Franklin County, Virginia, and was aired live during the morning news report. From CBS News:

A gunman killed a reporter and videographer for a CBS affiliate in Virginia in a shooting that was broadcast live Wednesday morning.

There is reportedly a heavy police presence on the scene as the shooter remains on the loose. According to one report, "as the camera panned to Parker and her subject, multiple shots rang out and several screams could be heard. As the camera fell to the ground, an blurry image suspected to be of the gunman came into view on the screen."

CNN spoke to WDBJ General Manager Jeff Marks who said that the gunman is believed to have fired six or seven times. The station does not believe that the interview subject was fatally injured, Marks said.

Video of the attack is below. WARNING: It is extremely disturbing and graphic.