Miley Cyrus goes undercover to find out what Americans really think of her: "America is falling apart and Miley Cyrus is doing nothing to keep it together"

Obviously, this wasn't going to end well for Cyrus 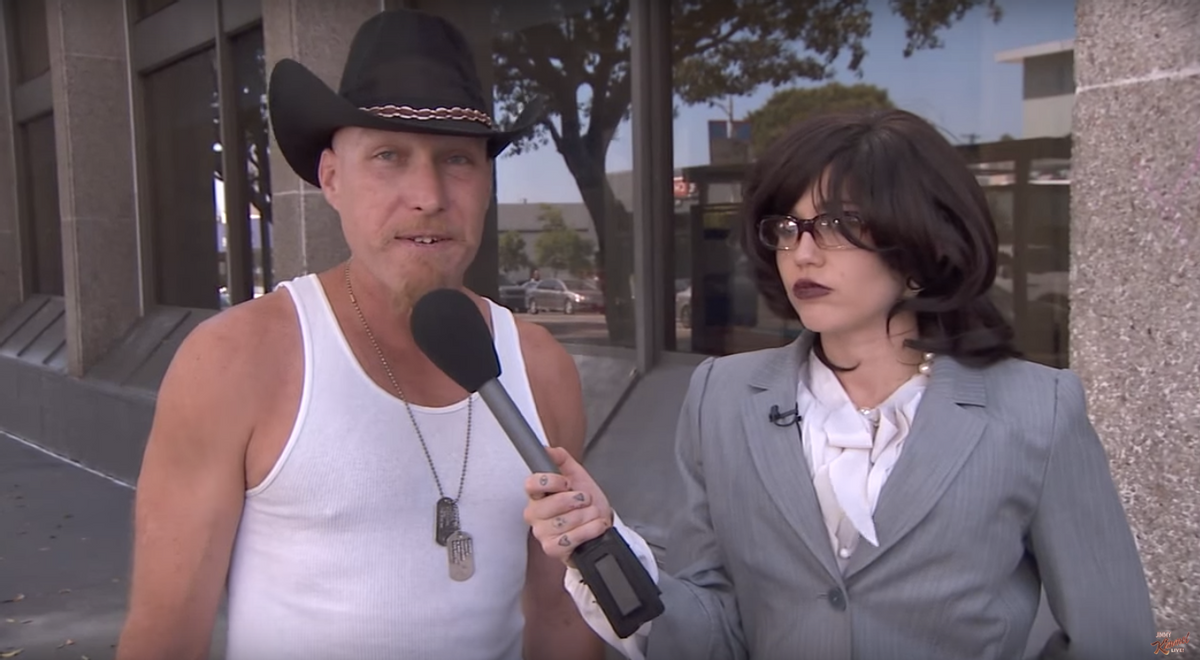 The entire fabric of America is falling apart and Miley Cyrus is doing nothing to keep it together.

These were some of the many harsh words delivered to Cyrus on "Jimmy Kimmel" last night, as the the controversial singer-songwriter, in one segment, went undercover as a reporter to get an idea of what Americans really thought of her.

Here are a few other delightful things Cyrus learned about herself: Taylor Swift is better, her whole family is bad, she lost her mind in the Hollywood madness and is starving for attention.

Cyrus will be hosting the MTV VMAs at Los Angeles’ Microsoft Theater Sunday, a program executive producer Garrett English has said Cyrus will have "pretty free rein” over.