We have all the proof we need that something needs to be done about gun violence. And yet... nothing 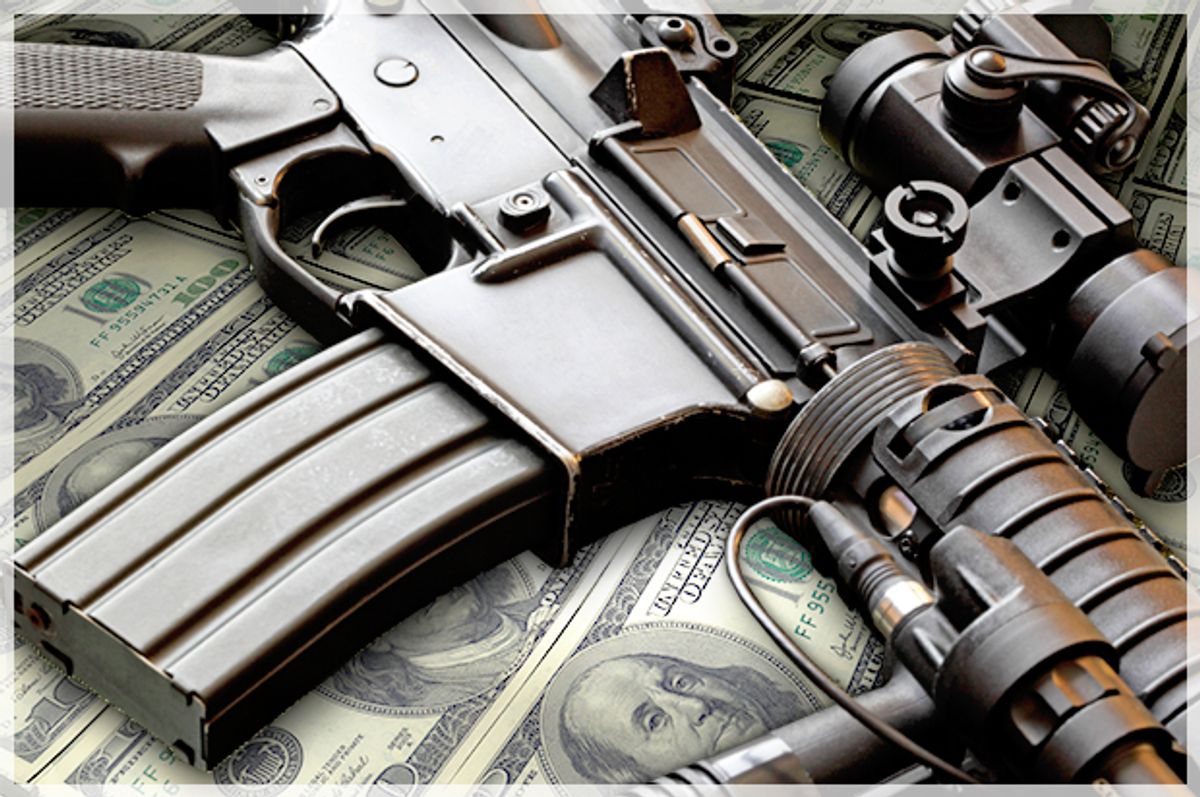 Another day, another horrific shooting. An angry man with a grudge against his former workplace killed his former co-workers as they did their jobs. It's so sickeningly common there's even a name for this very specific form of mass killing: "going postal" after a series of workplace gun massacres by postal workers going back to the 1980s. Yesterday's  had the unique and extra-disturbing characteristic of first taking place during a live TV spot and then further unfolding on twitter and Facebook where the shooter posted video of the murders from his own point of view. He was a failed celebrity who used all the modern forms of media to document his depraved acts.

But the unusual public nature of this particular crime does not mean that similar gun murders aren't an everyday occurrence. The Washington Post published a shocking statistic yesterday: In the 238 days of 2015 America has had 247 mass shootings. This is happening more than once a day. We are so inured to it that we don't hear of them most of the time unless there is something conspicuously different about it. (This is very likely attributable to the depressing fact that the vast majority of mass killings are perpetrated by men murdering innocent women and children in their personal lives.)

Chris Hayes featured some alarming statistics on his show last night. He pointed out that despite the fact the US is average among other industrialized countries in virtually every crime and only have 5% of the world's population, we have had 31% of the mass shootings since 1966.  You don't have to be an expert to see that the the fact that we lead the world in  civilian gun ownership with 88.8 guns per 100 people  (the next highest is Yemen at 54.8 per 100) has something to do with it.

Our leaders and would-be leaders reacted to this terrible crime in various ways. President Obama, clearly depressed at having to make yet another statement like this, said, "It breaks my heart every time you read or hear about these kinds of incidents." He then added, "What we know is that the number of people who die from gun-related incidents around this country dwarfs any deaths that happen through terrorism," which may be the most radical thing he's said while in office. It's obviously true, but it's been taboo to say it.

Jeb Bush very weirdly shrugged his shoulders, signed autographs and smiled for pictures as he impatiently responded to reporters' questions. Most of the others on the GOP side tweeted condolences and made the expected statements of support for the families and co-workers.

Bernie Sanders told the Hill,"I am saddened by the senseless deaths of Alison Parker and Adam Ward. Jane and I have their families and friends in our thoughts.” Hillary Clinton went even farther, expressing her personal horror at the event and then, as she did after Charleston, gave a very strong statement:

There is so much evidence that if guns were not so readily available, if we had universal background checks, if we could just put some time out between the person who's upset because he got fired or the domestic abuse or whatever other motivation may be working on someone who does this, then maybe we could prevent this kind of carnage...We have got to do something about gun violence in America and I will take it on."

Unfortunately, even the shock of a man gunning down rooms full of first graders was not enough to get us to face up to our problem. And there's really one man who bears most of the responsibility for that: the head of the NRA Wayne LaPierre. After the Newtown massacre, most Americans believed it was inconceivable that nothing would be done. There was tremendous momentum to start making some necessary changes. But as a recent PBS Frontline documentary called "Gunned Down: The Power of the NRA" put it, LaPierre would have none of it:

NARRATOR: His advisers wanted him to lie low, but LaPierre had a very different idea. Expecting trouble, he hired personal security guards, and headed into Washington.

ROBERT DRAPER, The New York Times Magazine: Without telling anyone, LaPierre himself staged a press conference in Washington, D.C.

NARRATOR: The media gathered. Many expected a chastened and conciliatory LaPierre.

ROBERT DRAPER: I think there was an assumption that, surely, he’s going to throw the gun safety advocates, and for that matter the Newtown parents, some kind of bone.

NARRATOR: But LaPierre had something else in mind.

ED O’KEEFE: And he almost immediately goes right back to what they usually say, which is that the answer to this is more guns.

SHERYL GAY STOLBERG, The New York Times: His comments are aimed directly at the gun owners of America, to rile them up, to get them behind the NRA’s no holds barred, never say die, you know, no compromise position.

WAYNE LaPIERRE: Our children— we as a society leave them every day utterly defenseless, and the monsters and the predators of the world know it and exploit it.

NARRATOR: In Washington, they said the speech was a political disaster.

NARRATOR: In New York City, LaPierre was called the craziest man on earth and a gun nut. But those who know LaPierre say the speech was no miscalculation.

PAUL BARRETT: This was not off the cuff. He didn’t lose it. This was very thought out. And they decided on a strategy and they executed the strategy.

JOHN AQUILINO: Because the people that it resonated with gave more money, and this is what you need to do in order to keep that— that tough persona.

PAUL BARRETT: And we’ve got to send the signal that this is not the time to compromise, that Obama is the enemy, and they want to take your guns away. Yes, it’s too bad about the kids, but we are not going to back down.

(The documentary is well worth watching in full if you are unfamiliar with LaPierre's history with NRA and the dramatic influence this one man has had on our country.)

Would sensible gun control put an end to violence?  Of course not. Will it stop all murder and suicide? Obviously not. But we are experiencing an epidemic of gun violence in this country the likes of which no one else in the world has to live with. And the way to deal with that is by treating it as an epidemic.

There is a famous story about a British doctor by the name of John Snow who had a theory that cholera was spread through water contaminated by sewage. In the 1850s, it was widely assumed that the disease was caused by breathing vapors or a “miasma in the atmosphere” and Snow was unable to convince his colleagues otherwise. In 1854 there was a bad outbreak in the London suburb of Soho, where Snow happened to live. He suspected that the outbreak was due to a very busy public water pump in the center of town and set about tracking it meticulously through hospital records and interviews. By creating a geographical grid to chart of deaths, connecting them to the pump and eliminating other possible sources, Dr Snow was able to create what he considered proof that the drinking water was causing the outbreak. He took the evidence to the town officials and convinced them to take the handle off the pump. The epidemic ceased almost immediately.

It was years before the medical profession fully understood the bacteriological basis for the disease and develop treatments for it. But the point is that it wasn't necessary to cure the disease to end the epidemic. What ended it was shutting down that pump.

What Clinton said in her statement yesterday is indisputably true. We have all the epidemiological evidence we need to know that gun control will save lives. According to the New England Journal of Medicine, after DC banned handguns, gun homicides fell by 25 percent and gun suicides fell by 23 percent. Even more dramatically, after Australia banned automatic, semi-automatic and pump-action shotguns and initiated a buyback program to take 700,000 guns out of private hands after a horrific mass shooting nearly 20 years ago, they have not had a single mass shooting since. Gun homicides fell by 59 per cent and firearm-related suicides fell by 65 per cent with no consequential rise in homicides and suicides by other means.

They didn't cure violence or hatred or depression or death.  They just shut down the pump. We could too. It's really not that complicated.