The 18th century gave us some real treasures—isn't it time we brought "quiddit" back? 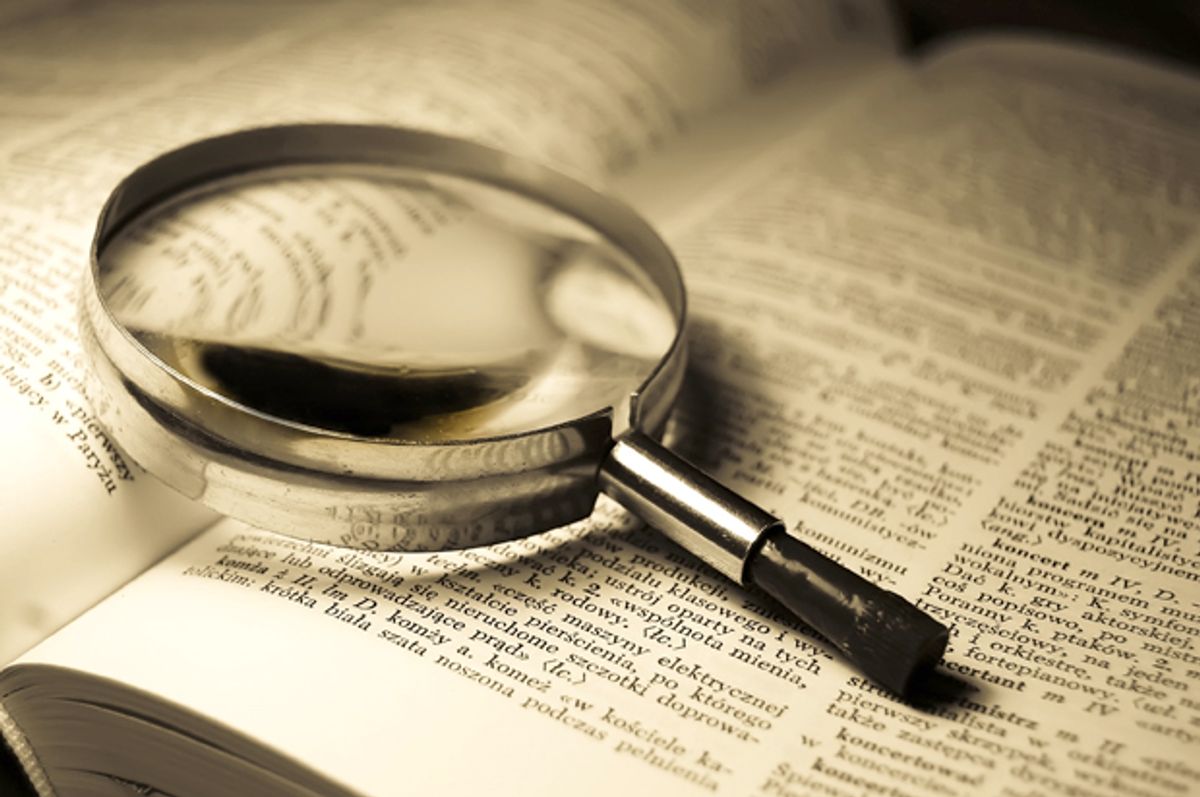 “Women chat of fucus this, and fucus that,” sighed Samuel Johnson’s Dictionary of the English Language, 1755. No, fucus isn’t a charming olde English way of spelling ficus, as in tree, or a variant of mucus, as in the intestinal coating soothed by eating immense quantities of yogurt. It means, “paint for the face.” What we now refer to as makeup.

In 1884, the Oxford English Dictionary supplanted Johnson’s dictionary as the Official Arbiter of Real Words. To mixed reactions of delight and horror (awesomesauce, really?), the OED just announced that its latest inductees include rly, sideboob, brain fart, cat café, SJW, and mkay. As with all words, these new entries carry information regarding the culture that created them, but one fact is inescapable: as Seventeen Magazine posted on its Facebook page, “teen slang runs the world now.”

British English and American English are closely related yet distinct languages now being fused together at the level of a social-media vernacular. (In British English, for example, a “jumper” is a pullover sweater, a “boot” is the trunk of your car, and “Labour” is a political party.) In terms of usage, approximately half of the new OED entries are described as “informal,” with the added stipulation of being “chiefly U.S.” So, yep: “teen slang” captures the trend accurately.

That bruh (as in “male friend”) is now enshrined in the OED is enough to prompt more than a few butthurt (“overly or unjustifiably offended or resentful”) randos (“a person one does not know, especially one regarded as odd, suspicious, or engaging in socially inappropriate behavior”) to threaten to rage-quit (“angrily abandon an activity or pursuit that has become frustrating”) a language that admits words such as Mx (“a title used before a person's surname or full name by those who wish to avoid specifying their gender or by those who prefer not to identify themselves as male or female”) and manspreading ("the practice whereby a man, especially one travelling on public transport, adopts a sitting position with his legs wide apart, in such a way as to encroach on an adjacent seat or seats"). Teeth are gnashed in the comments of NPR's story, of course — see cries of anguish like "modern culture is a vapid wasteland" and "some of these make me want to cry." It's also a cause for mock-alarm from language-loving writers everywhere:

Word snobbery notwithstanding, some of the objections to these latest entries are being driven to despair by the swift morphology of textspeak. By the time that everyone knows what "404" means (“not a clue”), actual teenagers will have moved on to some new acronym their parental units won’t be able to translate. Textspeak ought to have its own dictionary and, in fact, there are several.

By the same token, I also think we’ve forgotten more than a few excellent words -- the kind with vestigial letters and old-fashioned vowels -- that ought to make a comeback, because they fit today’s world perfectly. Thankfully, Samuel Johnson’s Dictionary is not only online, it’s on Twitter. The best of 18th-century snark, delivered to you on your iPhone.

ADDLE: Originally applied to eggs… as… grow rotten under the hen; thence transferred to brains that produce nothing.

BARRATOR. A “stirrer up of quarrels" and an "encourager of law suits."

BACKFRIEND. A friend backwards; that is, an enemy in secret.

CACKEREL. A fish, said to make those who eat it laxative.

CYNICK. A philosopher of the snarling or currish sort... a rude man; a snarler; a misanthrope.

EYESERVANT. A servant that works only while watched.

FEUTERER. A dogkeeper: perhaps the cleaner of the kennel.

FICO. An act of contempt done with the fingers, expressing ‘a fig for you.’

FLOOK. The broad part of the anchor which takes hold of the ground.

GRY. Anything of little value: as, the paring of the nails.

KIBE. An ulcerated chilblain; a chap in the heel caused by the cold.

MORTRESS. A dish of meat of various kinds beaten together.

OYSTERWENCH. A woman whose business is to sell oysters.

QUIDDIT. A subtilty; an equivocation. A low word.

RHABARBARATE. Impregnated or tinctured with rhubarb.

STENTOROPHONICK (from Stentor, the Homerical herald, whose voice was as loud as that of fifty men): "loudly speaking."