We have drug violence all wrong: Prohibition is the root cause 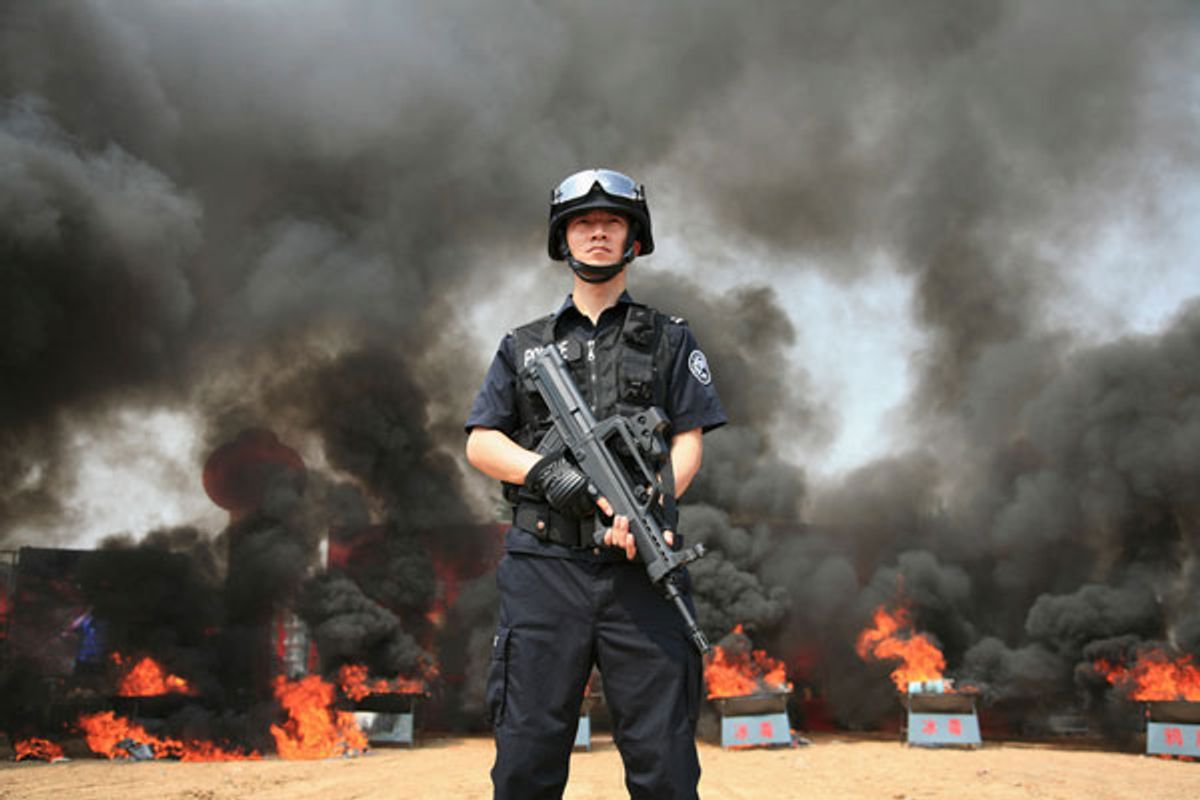 Rosalio Reta was at summer camp, like all the other American teenagers his age. He was a short Texan fifteen-year old with spiky hair, nicknamed “Bart” because he looks like a less yellow Bart Simpson, and loves to skateboard. He was also into the Power Rangers, alternative pop, and Nintendo 64, especially The Mask of Zelda and Donkey Kong.

At camp in this particular year, he was learning useful skills, ones he will remember for the rest of his life. Only at this camp, you don’t learn how to canoe, or sing in a chorus, or make a log fire. You learn how to kill.

When I met him, he was 23, but he could still describe the techniques he learned here and later. Take beheading, for example. “There’s times I’ve seen it they’ve done it with a saw,” he told me through the prison glass. “Blood everywhere. When they start going they hit the jugular and –” he clicks his fingers – “[it’s] everywhere… They put the head right there. The head still moves, makes faces and everything. I think the nerves, you can see inside, the bone, everything’s moving. It’s like they’ve got worms. I’ve seen it move, when it’s on the ground. If he’s making a screaming face, it stays like that sometimes. Sometimes it slacks off.”

I have been thinking a lot about Rosalio as I read the media’s coverage of “drug-related violence.”

At the moment, it is widely believed in the US that what the media calls “drug-related violence” has a simple cause: a person uses drugs, goes crazy, and attacks somebody. That is what your media is telling you is happening all over the country.

I used to believe that too. But then I went on a 30,000-mile journey across a dozen countries to investigate the war on drugs for my book ‘Chasing The Scream: The First and Last Days of the War on Drugs’. I spent a lot of time with Chino Hardin, a transgendered former crack dealer in Brownsville, Brooklyn, and I met Rosalio through thick reinforced glass. (You can listen to my interviews with them here. I spoke to the leading academic experts on this, and pored over their research. And it turns out almost everything we have been told about drug-related violence is wrong.

Professor Paul Goldstein decided to look at every killing described as a “drug-related murder” in New York City in 1986, and he found something striking. It turned out 7.5 percent occurred after somebody took drugs and acted irrationally – the story the media presents as the whole picture. A further 2 percent were the result of addicts trying to steal to feed their habit and it going wrong. And all the rest – the vast and overwhelming majority – had a very different cause: one that has nothing to do with drug use at all.

The best way to understand it – and I was taught this by Chino, as he tutored me in the world of crack-dealing – is to imagine you wanted, as soon as you finish reading this article, to steal some vodka. You go to your local liquor store. You put it under your jacket. And if they catch you, they call the cops, and the cops will take you away. So that liquor store doesn’t need to be violent, or intimidating – they are backed with the power and force of the law to protect their property rights.

Now imagine you wanted to steal, not vodka, but (say) cannabis, or cocaine. If the guy in your neighborhood who sells them catches you, obviously, he can’t call the cops – they’d arrest him. So he has to fight you. He has to protect his property rights with violence. Now, obviously, he doesn’t want to be having a fight like that every day – so he has to establish a reputation for being so violent that nobody will dare to fuck with you. The best way to do that is to be terrifying, and to establish your reputation with a few theatrical acts of aggression.

These killings have nothing to do with drugs – they are entirely to do with prohibition. Al Capone wasn’t getting drunk and shooting people up; the St Valentine’s Day massacre in Chicago, at the height of alcohol prohibition, wasn’t carried out by alcoholics. He was killing people to protect his product in a prohibited market. When alcohol prohibition ended, all that violence ended. Ask yourself: where are the violent alcohol-dealers today? Does the head of Smirnoff go and shoot the head of Heinneken in the face? Of course not. It’s not the alcohol that has changed. It’s the decision to stop banning it, and so to take it back from armed criminal gangs, and give it to licensed and regulated legal sellers. If milk was banned, and people still wanted milk, exactly the same process would take place.

This is what is causing the majority of the drug-related violence in the US. The killings that are rocking Chicago – the city Al Capone dominated under the last great wave of prohibition – are just one example, and a huge number of people are being caught in the cross-fire. To pluck just one example: Hadiya Pendleton was a 15-year old cheerleader who performed at President Obama’s inauguration, and was shot by a dealer aiming at another dealer.

This is terrible enough in the US. It is even more horrific in Northern Mexico, where I went for the book, and where Rosalio butchered or beheaded around 70 people, between the ages of 13 and 17. He was sent to his summer camp by one of the deadliest cartels – the Zetas. These gangs control the massive drug trade that runs through the country to supply the US and Europe, and they have simply taken over great swathes of the country. As a result, more than 100,000 people have been killed – for exactly the same reasons the small-time dealer in Kalgoorie was cut up.While Donald Trump shrieks about the border being insecure, he fails to see that the single biggest cause of violence along the border is a policy imposed by the US on the rest of the world.

This violence can be ended, if we make a better choice.

How can I be so sure? I studied the evidence from the US: it only started once the trade was criminalized, and transferred to criminals. And – even more crucially – I went to the countries that have moved beyond the drug war. For example, I went to Switzerland, where heroin has been made legal for addicts, who get it from clinics. The most detailed academic study, by Professor Ambrose Uchtenhagen, found 55% fewer vehicle thefts and 80% fewer muggings and burglaries, and a fall in crime that was – as the study puts it – “almost immediate.”

Do you know how many violent heroin dealers there are now in Switzerland? None. They don’t exist.

But some people worry, totally understandably – wouldn’t there be a big increase in drug use, and therefore the (much smaller, but real) violent crime rate among users? I too was worried about this. But I went to Portugal, where they decriminalized all drugs – and transferred all the money they used to spend on punishing users and addicts, into helping them to turn their lives around instead. Injecting drug use fell by 50 percent, and crimes caused by addicts are significantly down.

I stared at Rosalio through thick reinforced glass in a prison in rural Texas. He will be released – if he makes it that long – when he is in this mid-80s, six decades from now. I keep wondering: by the time he feels the sun on his face, will the war he fought and killed for still be raging across the world – or will we have chosen a sane path, at last?