Liberals, don't kid yourselves: "The Donald" is not just a media creation. He's a tribune of our past — and future 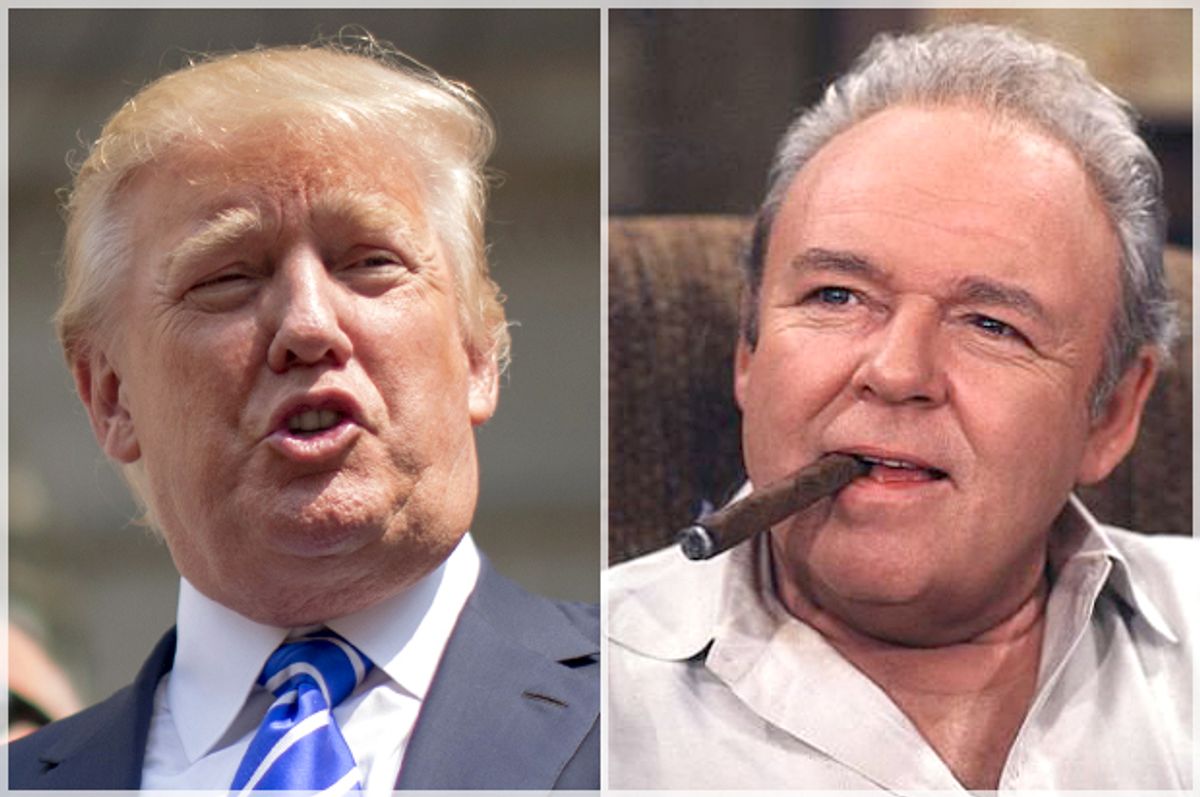 The New York Times’ Charles Blow is a fine columnist. But if you want to understand why Donald Trump has become the mad king of American politics, the thundering attack on “The Donald” that Blow wrote last week, entitled “Enough Is Enough,” could hardly serve you worse.

The basic theory of Blow’s column, which soon went viral, is that the Trump campaign is a “shallow farce,” sustained by a “drooling” and “naïve” media. “Yes, the Republican Party created this Frankenstein [sic] of hatred, hubris, narcissism and nativism,” Blow grants, “but the media is giving it life.” He’s not alone in this conviction: Political scientist John Sides maintains that Trump is fundamentally no different from other short-lived bizarro presidential candidates, such as Newt Gingrich or Michele Bachmann.

Well, sorry not sorry, but this is all wrong. Donald Trump is not running a Potemkin presidential campaign. He is not simply the beneficiary of a restless and vapid press corps. He is not the Herman Cain of 2016. He is not some carnivalesque distraction, seducing us into avoiding “the real issues.” Ignoring him, as Blow has vowed to do, may be good for one’s blood pressure. But as a recent in-depth look at Trump’s support from the New York Times found, no amount of wishful thinking will make him disappear.

Instead of comparing him to candidates like Cain (who was relatively unknown, had little media experience, and was unable to consistently raise enough money), it makes more sense to understand Trump as something new. Or new, rather, for the modern era. He’s a demagogic ethno-nationalist of the kind that’s succeeded before in American history, especially during times of great upheaval and dislocation. Think of him as our Huey Long, our George Wallace.

Besides a genius for self-promotion, what Trump has in common with those two men is this: He appeals to a large swathe of Americans who have not only lived through massive social disruption — the Great Depression and the Civil Rights Movement, respectfully — but who have had their fundamental assumptions about Americanness, and therefore themselves, challenged in the process. When his fans speak of “taking” their country back, they are not being tongue-in-cheek. They are deathly serious.

Although their complaints are often unsympathetic and their solutions are frequently barbarous, they are not exactly wrong. Republicans are, on the whole, older and whiter than Democrats. They’re also more religious, more discriminatory in their sexual mores (or at least their professed ones) and more likely to live in rural areas. For the vast majority of their lives, the American mainstream has been white, Christian and at least suburban, if not rural.

But it’s been 50 years since President Johnson liberalized U.S. immigration law, and the younger generations (Millennials and Generation X, especially) are different. They’re less white, less religious and less rural. They’re more supportive of big government in the economy and small government in the bedroom, too. The country that Trump’s supporters grew up in really is evaporating. And they’re coming to find that many of their basic assumptions of what it means to be a “real American” are no longer allowed.

Like Long and Wallace before him, what Trump offers these people is not only a return to a glorious past, but also a reassurance. Specifically, Trump’s vision of a nation purged of immigrants — both documented and otherwise — and cleansed of “political correctness” suggests to these voters that America-as-they-knew-it is not historically contingent. And that the transformation of the country was not an inevitability. He promises them, in effect, that they will not be so easily swept aside.

These are forces decades in the making. But there’s no doubt that nearly seven years of an African-American president — one named Barack Hussein Obama, no less — has had an impact. In the America they knew, an African-American does not become president, full stop. But he certainly doesn’t do it if he’s an intellectual cosmopolitan who does not hide his affection for LGBTQ people or his fundamental belief in the welfare state. And he is not reelected after using big government to help moochers.

While I cannot relate to the substance of these people’s grievances, I can imagine that experiencing the transition from Ronald Reagan to Barack Obama is profoundly disorienting. I also can imagine that the mix of loss and fear that seizes them is a pain not easily forgotten. If I were in similar circumstances, I might decide to go down swinging, too. I might be drawn to the candidate who says we’re halfway across the point of no return already. I might not want to go gently into that good night.

And I might think to myself that Charles Blow and the New York Times are welcome to hide their heads when they see my candidate approaching. Because whether it’s Trump now or someone else later doesn’t really matter. I’m going to be heard, god dammit, fighting for my America. The country I grew up in may be little more than a memory; but I will not silently fade away.