Cruz says cops across the country are "feeling the assault from the president, from the top on down as we see" 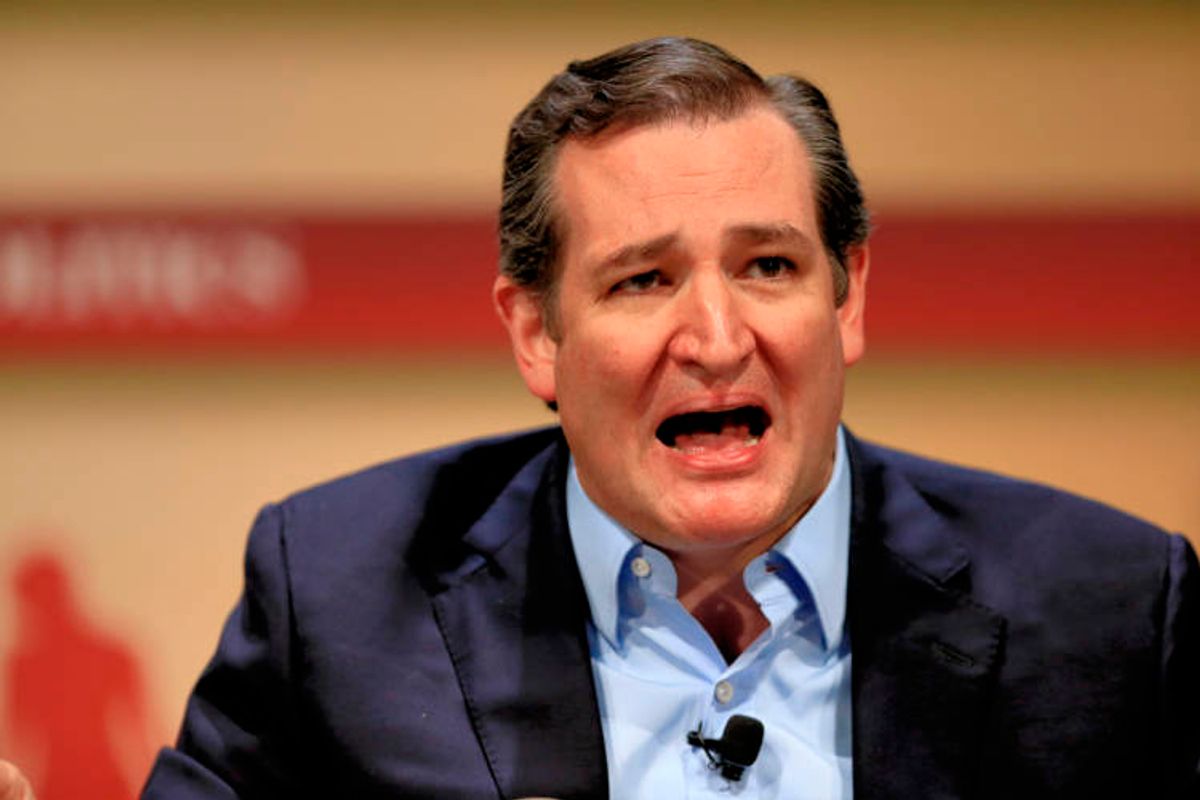 A suspect has been arraigned in the shooting death of a Houston-area Sheriff's Deputy, but Texas Senator Ted Cruz thinks at least one other man is partially responsible for the death of the officer, blasting President Barack Obama for "endangering the safety and security" of police officers across the country with his response to protests in Ferguson and Baltimore.

On Friday, Deputy Sheriff Darren Goforth was shot “execution-style” as he went to fill up his patrol car at a downtown Houston gas station. The suspected shooter, Shannon Miles, a 30-year old college drop-out, walked up behind Deputy Goforth and shot him at least five or six times, according to witnesses. Miles was charged with capital murder on Monday.

In New Hampshire yesterday, the Republican presidential candidate spoke out on the shooting in his hometown, telling MSNBC that he blames President Obama's rhetoric regarding police brutality for inciting the execution:

Cruz's indictment of Obama echoes the tone of Harris County Sheriff Ron Hickman, who during an emotional press conference on Saturday blamed the shooting on a “dangerous national rhetoric.”

Coming out of the Newtown shooting, the horrific school shooting, the president had an opportunity to actually work together, to say say let’s come together to target the bad guys, criminals, felons, people who are murderers – we’ll come down on them like a ton of bricks ... But that’s not their focus … Their focus is on trying to undermine the Second Amendment rights of law abiding citizens.

Cruz did not specific exactly what restrictions on firearm possession he would have supported in the aftermath of Newtown but he chided the president for being “far too weak going after violent gun criminals,” nonetheless. Cruz, a fervent NRA proponent, voted against a bipartisan effort to expand background checks following the Newtown shootings -- legislation as MSNBC points out was "expressly geared toward keeping guns out of the hands of 'bad guys.'"

For his part, President Obama reached out to Deputy's Goforth's widow on Monday. Obama told Kathleen Goforth that he believed "targeting police officers is completely unacceptable — an affront to civilized society," and promised to “continue to highlight the uncommon bravery that police officers show in our communities every single day."