In the second promo for her new late-night comedy show, the former "Daily Show" correspondent bares all 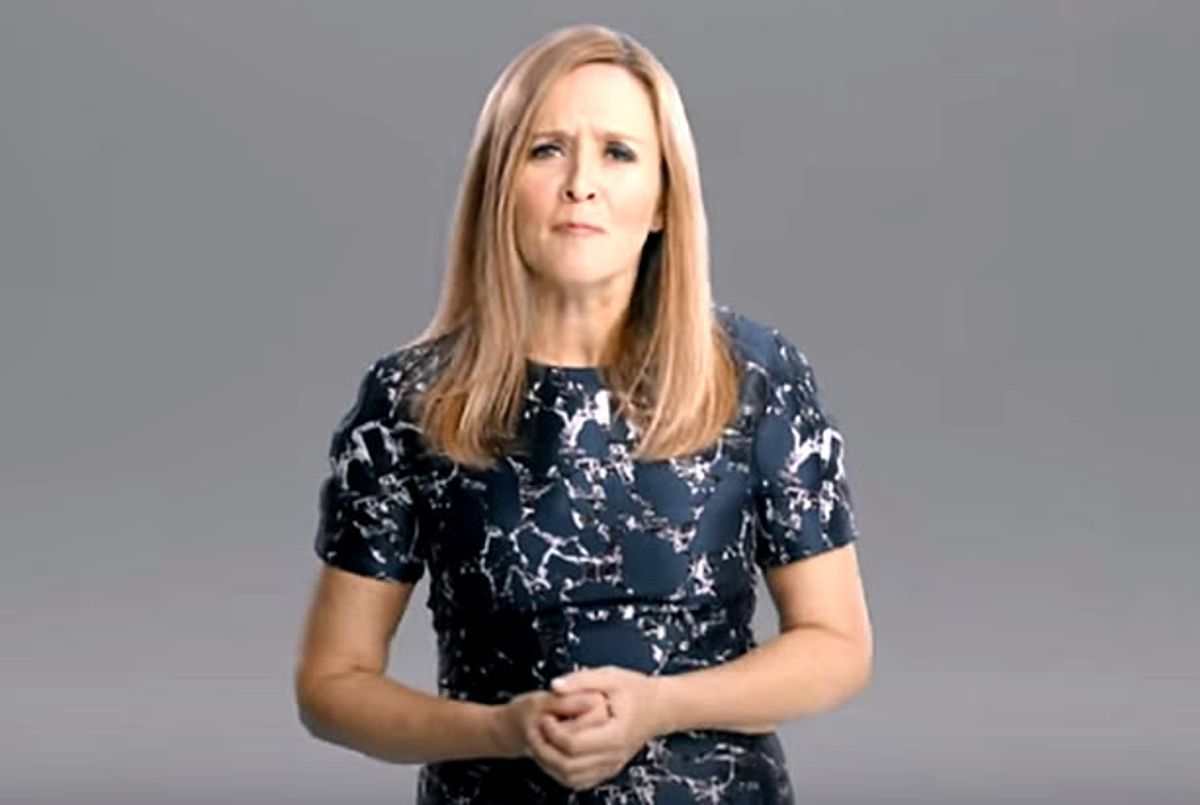 In the first teaser for her new TBS current events show "Full Frontal," former "Daily Show" correspondent made it abundantly clear that when it debuts in January, her show wouldn't be an endless parade of sausages.

In the second, released today, she admitted that while she knows she's entering a male-dominated field, she would differentiate herself from her competitors by providing a "nuanced perspective on world events," interviewing "newsmakers from across the ideological spectrum," and being the only late-night comedy host with "ten-pound lady-balls."

Watch the entire spot below via TBS.