Taylor Swift's fantasy Africa: Glorifying colonialism in art is a political act, like it or not 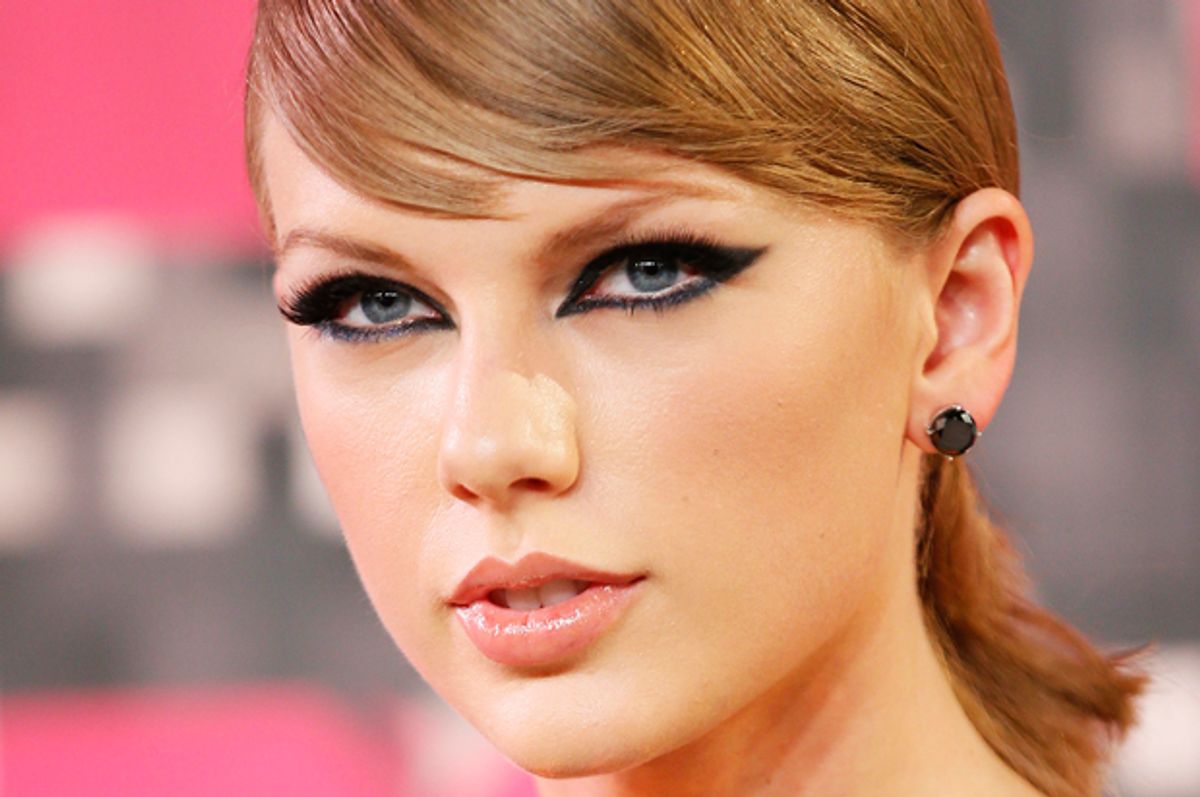 Yes, there are more important things in the world than Taylor Swift videos. No, we do not have to be outraged over everything. But when one of the most powerful and influential artists in contemporary music releases a new video, it is an artistic statement. And it is up for discussion. So let's discuss.

Swift has come under heavy criticism this week for the new video for "Wildest Dreams," a dreamy period piece mini-film in which she plays a Elizabeth Taylor-type movie star who dallies with her handsome costar (Scott Eastwood) on the set of a movie being shot in Africa. Just… Africa. Somewhere full of elephants and giraffes. And the sand! The sand blowing around!

As music videos go, it's objectively no worse than any other expensive looking production featuring exotic locations. To Swift and her creative team, the story — an old-fashioned romance with a man who's "so bad but he does it so well" is the point here. And at the end of the clip, theres a message that all proceeds from the video will go to wild animal conservation, through the African Parks Foundation of American. But it didn't take long for viewers to notice that for a video set in some unnamed African country, in a particular bygone era, it does seem to be remarkably bereft of something. What could it be? Jodhpurs? Got 'em. Waterfalls? Check. Lions looking like, "Yeah, I feel you, Taylor"? They're there. Wait, I know. It's people of color. Oh, T. Swift, and we had just moved past the whole Nicki Minaj incident.

Writing for NPR this week, Nairobi writer Viviane Rutabingwa and Ugandan writer James Kassaga Arinaitwe put it best, noting, "We are shocked to think that in 2015, Taylor Swift, her record label and her video production group would think it was OK to film a video that presents a glamorous version of the white colonial fantasy of Africa…. Here are some facts for Swift and her team: Colonialism was neither romantic nor beautiful. It was exploitative and brutal. The legacy of colonialism still lives quite loudly to this day." And they cited the Binyavanga Wainaina Granta essay, "How to Write About Africa": "Treat Africa as if it were one country. It is hot and dusty with rolling grasslands and huge herds of animals and tall, thin people who are starving… And sunsets, the African sunset is a must. It is always big and red." Well, aside from the starving people, this reads like the storyboard for the Swift video.

In a statement this week, the video's director Joseph Kahn said, "This is not a video about colonialism but a love story on the set of a period film crew in Africa, 1950…. There is no political agenda in the video. Our only goal was to tell a tragic love story in classic Hollywood iconography. Furthermore, this video has been singled out, yet there have been many music videos depicting Africa. These videos have traditionally not been lessons in African history." He then rather awkwardly tweeted that "My long time producer Jil Hardin who did Power/Rangers, Blank Space, Wildest Dreams is a (super hot) black woman FYI."

Swift is a powerful and polarizing figure, a woman who knows that every move she makes is subject to intense scrutiny. Does she deliberately set out to tell a story about some generic "Africa" that ignores its history and population? Doubtful. Does she think about it much at all? I'm betting: doubtful. That's not malice, that privilege. It's its own kind of toxic.

You don't have to be overtly hostile to people outside of your own experience to participate in the bias against them. You can do it with simple omission, just plain forgetting that there have existed people in the world -- even the "classic" one -- who are not, say, white, or straight, or male. It happens when a dominant group is taken for granted as the norm and everybody else is the exception. So I believe Kahn when he says there was no political agenda in the video. Because I believe the entertainment industry is chock full of people who can make a video set in colonial-era Africa and not even think about the politics of the time and place. Because they don't have to.