With Kim Davis in jail, the apocalypse is free to arrive as first same-sex couple receives marriage license in Rowan County

God still has the rest of the day to smite the county, however, so stay tuned 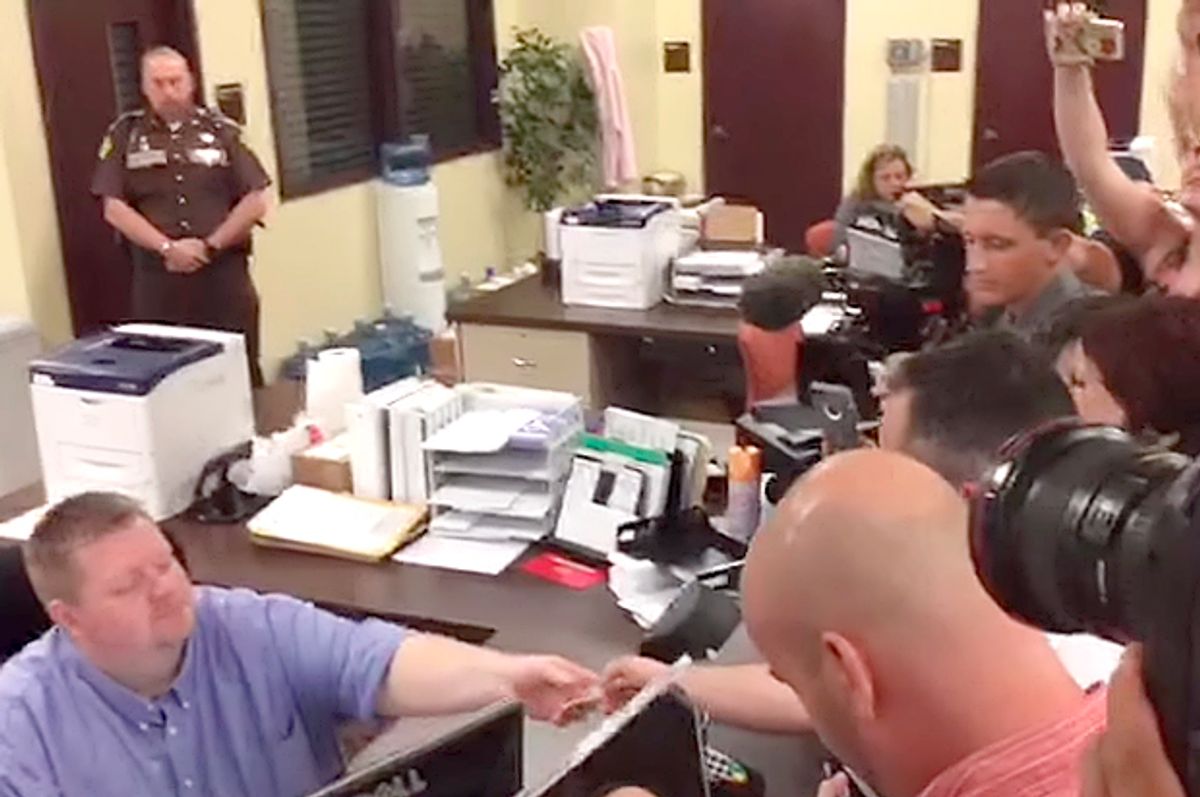 The apocalypse came to Rowan County, Kentucky early Friday morning not with a bang, but with a whimper, as the Herald-Leader's John Cheves reported on Twitter:

The first couple to arrive was not, as expected, David Moore and David Ermold, who Kim Davis turned away four times in recent weeks, but Will Smith and James Yates:

And yes, a throng of reporters, because scenes like this deserve more publicity:

It's a shame that in the months to come, the debate over same-sex marriage in Kentucky will be memorialized by the vicious scowl on Kim Davis' face as she repeatedly turned away Moore and Ermold instead of the look on Smith and James' faces after receiving their marriage license.

But being a conservative martyr and future Fox News contributor is an important job too, I suppose, and the wrong side of history needs a face just as much as it needs a battle flag.

Watch the happy couple receive their license via the Herald-Leader below.