"This story's a gut punch," he said. "Once they determined it didn't count down, how did he end up in handcuffs?" 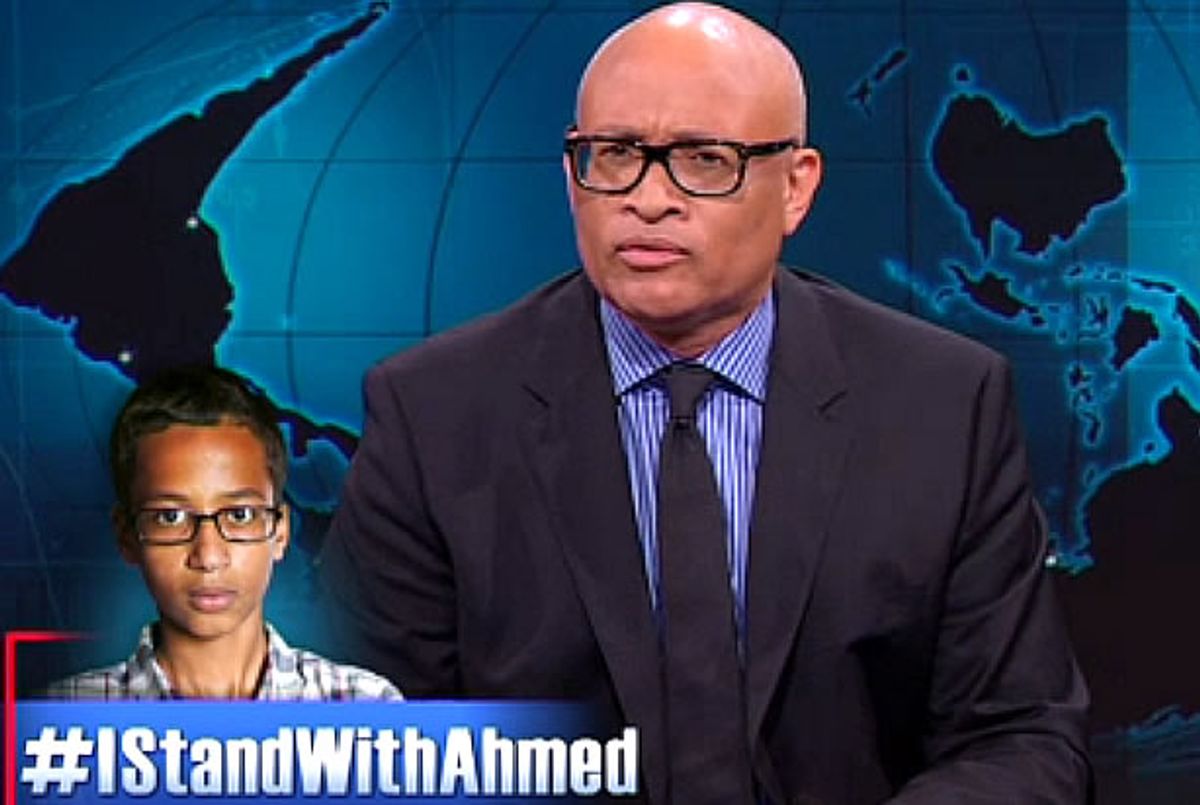 On Wednesday night, an emotional Larry Wilmore tried and failed to make sense of the arrest of 14-year-old Ahmed Mohamed for bringing a home-made clock to school in Irving, Texas.

"My god," Wilmore began, "look at this! They handcuffed the poor kind in his NASA t-shirt," referring to a photograph of Mohamed shortly after his arrest. "And check out the brother cop in the back," he continued, "he can't even believe it. He's like, 'there it is, man, the last little bit of my soul just died.'"

Wilmore cut to a clip of Irving Police Chief Larry Boyd saying that Mohamed was arrested because he would only say that the device "was a clock, and was not forthcoming about any other details."

"That's because there were no other details!" Wilmore said. "It's a clock! It tells time because it's a clock!"

"This story's a gut punch, man" said Wilmore, who just last week revealed his deep and abiding love for the space program. "I was nerd. This kid looks kind of like me. Actually, I looked way nerdier than Ahmed. Ahmed could kick young Larry’s ass, to be honest."

He acknowledged that the clock did, in fact, resemble a bomb, but that once authorities determined that it didn't count down they should have stopped their investigation.

"But once we determine that it’s the kind of clock that doesn’t count down, how does he end up in handcuffs?" he asked. "Let’s just say it: There’s no way the school would have done this if he wasn’t Muslim. I mean, in Texas you can drive through Chick-fil-A sporting an AR-15 and nobody even bats an eye."

Watch the entire segment below via Comedy Central.