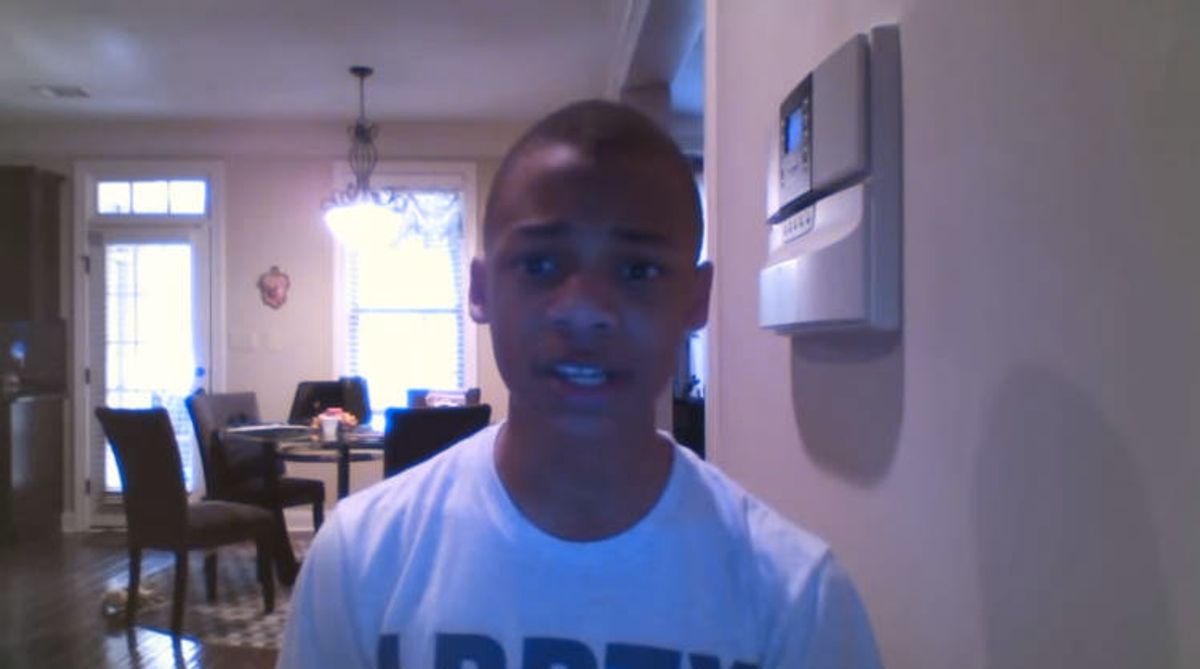 Conservatives are growing more infuriated with President Obama's outreach to a young Muslim-American boy this week, but none more so than a Ted Cruz fanboy who recently recorded a brutal address to the president, blasting him for what he called a "disgusting" political stunt.

The Washington Post flagged the two-minute Youtube lecture by 13-year-old Coreco JaQuan Pearson today. Promising to keep it short, the Georgia teen mimicked his political idol to deliver a remarkable undressing of President Obama, whom he called "incompetent," for inviting 14-year old Sudanese-American muslim student Ahmed Mohamed to the White House after his arrest for bringing a homemade clock to school triggered widespread outrage and calls to end Islamaphobia and racial profiling.

“You don’t get invited to the White House for building a clock," CJ declared. "When a Muslim kid builds a clock?” CJ continued “Well, come on by. What is this world that you are living in?” CJ asked incredulously, blasting Obama for supporting "a Muslim kid who fits into your agenda."

CJ, who told the Dallas News that his experience with the Common Core curriculum standards led him to become a conservative, is the chairman of the group, "Teens for Ted" and has more than 35,000 followers on Twitter. CJ's latest video has nearly 400,000 views.

The video continues with CJ spouting off a litany of conservative talking points against the president -- more clearly than perhaps the most ardent Rush Limbaugh Dittohead:

Mr. President, when Kate Steinle was gunned down by an illegal immigrant, you didn’t do anything ...When cops are being gunned down, you don’t invite their family to the White House ... When the shooting in Chattanooga happened, it took you longer to lower the flag to halfstaff than it took you to light the White House in rainbow colors after the SCOTUS decision legalizing gay marriage.

“Mr. President, what are your priorities here?” CJ demanded, before letting off this torrent of a Ted Cruz impersonation:

"Conservatism resonates with me because I've seen firsthand the damaging effects big government can have on our America and to be quite frank, I don't like it one bit," he said.

Young CJ's rant has gone viral in conservative circles, much like other critiques of President Obama by African-Americans. Watch CJ's video below: