We must learn from Ahmed Mohamed: These are the true perils of Islamophobia in democracy

A Texas boy was thrown in jail for building a clock, an important reminder of how racism works here and abroad 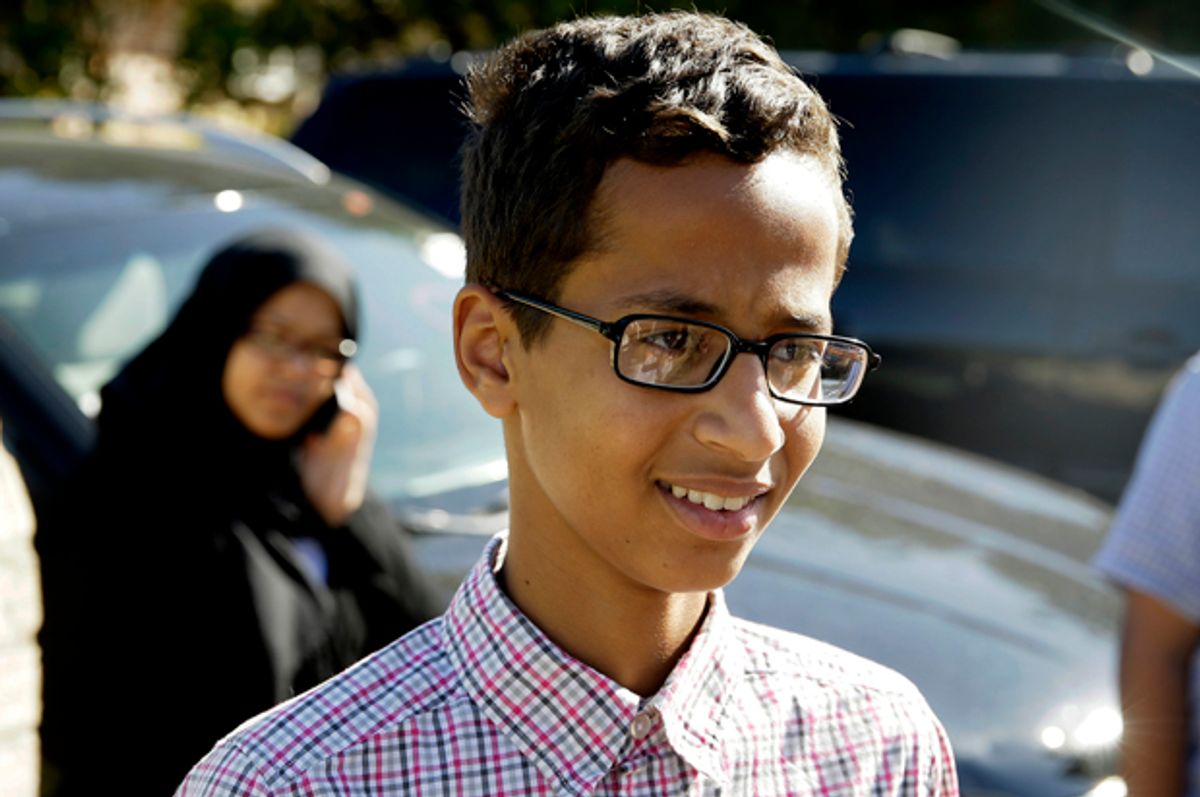 In 2005, the U.S. state department denied a visa to the current Indian prime minister, Narendra Modi, following accusations that as chief minister of Gujarat he had been complicit in the death of at least a thousand people through an 2002 anti-Muslim pogrom. According to official figures, the riots resulted in the deaths of 790 Muslims and 254 Hindus. More than 2,500 people were injured, and 223 were reported missing. Other sources estimate that up to 2,000 Muslims died. Women were raped, children were burned alive. Muslims were killed, their homes and businesses destroyed and thousands fled the state. Mr. Modi was accused of initiating and condoning the violence, as have police and government officials in his party, who allegedly directed the rioters and gave lists of Muslim-owned properties to them. The US ambassador to India, David Mulford, described Modi’s role: “He was responsible for the performance of state institutions.” Based on the International Religious Freedom Act (1998), the US felt that Modi was answerable for “severe violations of religious freedom.” One of Mr. Modi’s former ministers was jailed for life for instigating the killing of 97 Muslims during these riots, and another was jailed for 28 years for her role in the riots. In 2012, Mr. Modi was cleared of these allegations by India’s Supreme court, though many maintain that information was suppressed during the hearings.

Mr. Modi’s party later won the parliamentary elections and he became prime minister in 2014, and things changed rapidly. The U.S. has long sought India as a strategic ally, particularly in recent years. Partnership between the two countries has included some high-profile deals.  The military and diplomatic relationship between India and the U.S. resulted in India’s vote against Iran in the International Atomic Energy Agency. In turn, India’s market opened up to more U.S. corporations. Principles have been set aside, and Mr. Modi was allowed to enter the U.S. last year, for the first time since 2005.

The U.S.’s shifting relationship with Modi is troubling, given his virulent Hindu nationalism and Islamophobic policies. One of his chief party strategists, Yogi Adityanath, is known for allegedly running “purification drives.”  As chief minister of Gujarat, and now as Prime Minister of India, Mr. Modi’s approach is of a piece with the strategies and tactics in the global War on Terror. Mr. Modi represents a brand of democracy under attack for its overt Islamophobia.

Irving, Texas’ Mayor, Beth Van Duyne, came to fame when she posted a Facebook rant in which she vowed to “fight [sharia law] with every fiber of my being.” This is the town where Ahmed Mohammed lives, and unfortunately it is not an American aberration. A 2014 Pew Poll found that Americans feel more negatively toward Muslims than any other religious group in the country. These are the consequences for accepting Islamophobia and racial profiling. This climate fuels suspicion of, and violence against Muslims and those perceived to be Muslim. On one hand we have prominent Americans and our political leaders supporting a young man, unjustly profiled. This is important. But perhaps more important is that they link Ahmed’s treatment to their own policies and politics and refuse to engage in overt hypocrisy, when Mr. Modi arrives at their doorstep next week.