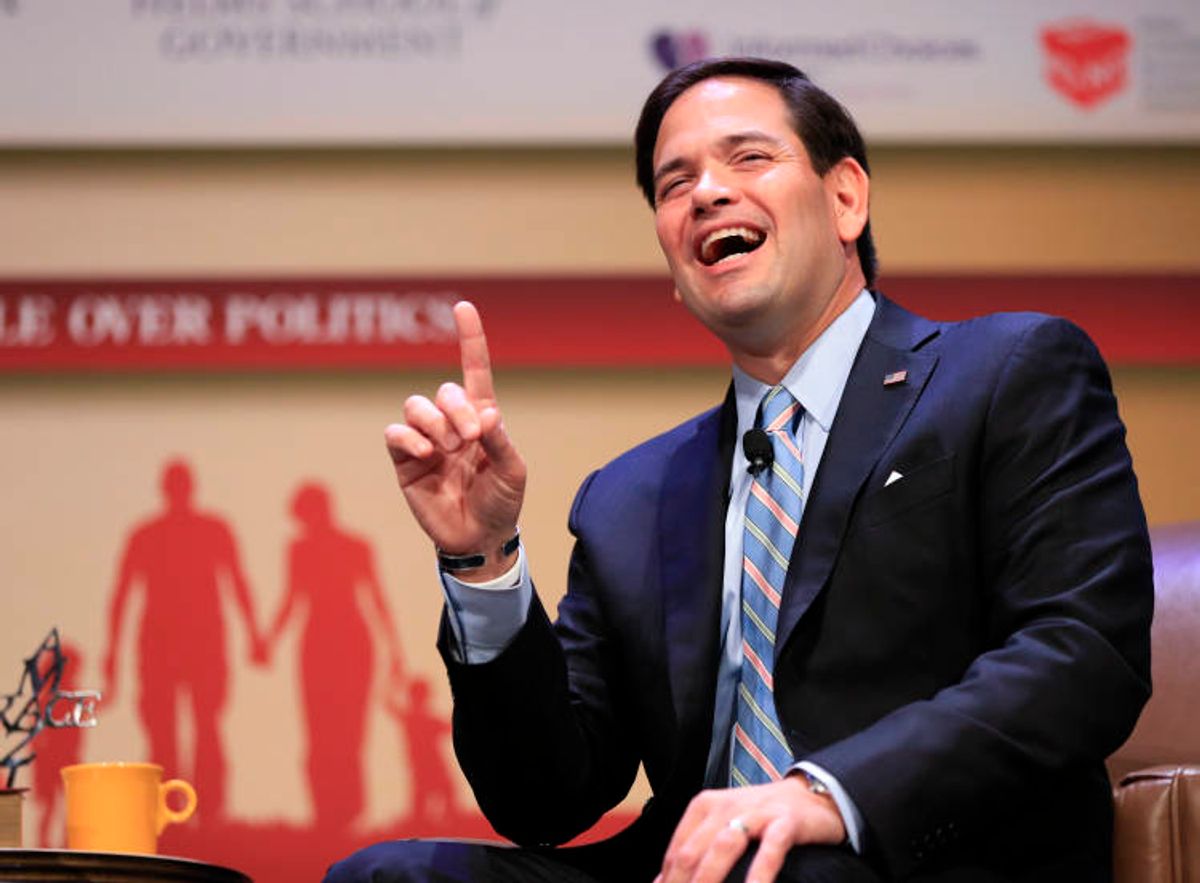 The hustle for campaign cash can get a little confusing but to schedule a high dollar fundraiser at the home of an Adolf Hitler art collector on the eve of the the holiest day of the year in Judaism, Yom Kippur, seems sloppy even for the most amateur of campaigns. But that is the predicament Republican presidential candidate Marco Rubio finds himself in ahead of a scheduled fundraiser at the home of wealthy Republican benefactor and art enthusiast, Harlan Crow.

Crow and his wife are scheduled to host a $2,000-per-couple event for Rubio today at their 8-acre estate in the wealthy Republican enclave of Highland Park, an uber-conservative Dallas suburb. Unfortunately for Rubio and the Harlans, the "special guest," chair of the House Select Committee on Benghazi, South Carolina Rep. Trey Gowdy, seems to have backed out of the gig at the last minute:

See, aside from being a big time Republican donor, Harlan is an avid art collector whose library houses two original paintings by Adolph Hitler and "busts of dictators, including Russian communist leader Vladimir Lenin, Romanian dictator Nicolae Ceausescu and Yugoslav dictator Josip Broz Tito." Here is how the Dallas Morning News Wayne Slater described Harlan's collection when 2012 Republican nominee Mitt Romney caused a stir with his visit to the Harlan residence for cash:

His personal library would rival a small college, complete with first editions on American history, several original Gilbert Stewart paintings decorating the walls and, under long glass displays, letters of famous people from Thomas Jefferson to the Wright brothers. Then there’s the room mementos of the principals of World War II – on one wall, a painting by Winston Churchill, on another wall a landscape by Dwight Eisenhower and, on a third wall, two original paintings of a European city scene by Adolph Hitler. On an antique table is a signed copy of  Churchill’s book on fly fishing. Outside, should Romney get an opportunity to wander the grounds, is a garden of tyrants. Crow has collected busts and statues of famous dictators of the past, which he displays with a certain elan on the lawn. There’s a head of Stalin, a rare statue of Fidel Castro, a towering Lenin and various other bad guys expropriated from their countries of origin.

But Rubio's timing on his cash hunt with Harlan may be why his brush with the Hitler paintings seem to be setting off more of a backlash than Romney's did. Rubio's event occurs ahead of the observance of the Jewish Day of Atonement, Yom Kippur. Democratic National Committee Chairwoman, Debbie Wasserman Schultz has called on the Florida senator to cancel the fundraiser, citing the Yum Kippur holiday and calling the fundraiser "a gross act of disrespect":