Ann Coulter unleashes her nativist fury on Pope Francis and Catholics: "This is why our founders distrusted Catholics"

Last week, it was Jews. This week, the Roman Catholic Church comes under Coulter's withering attack 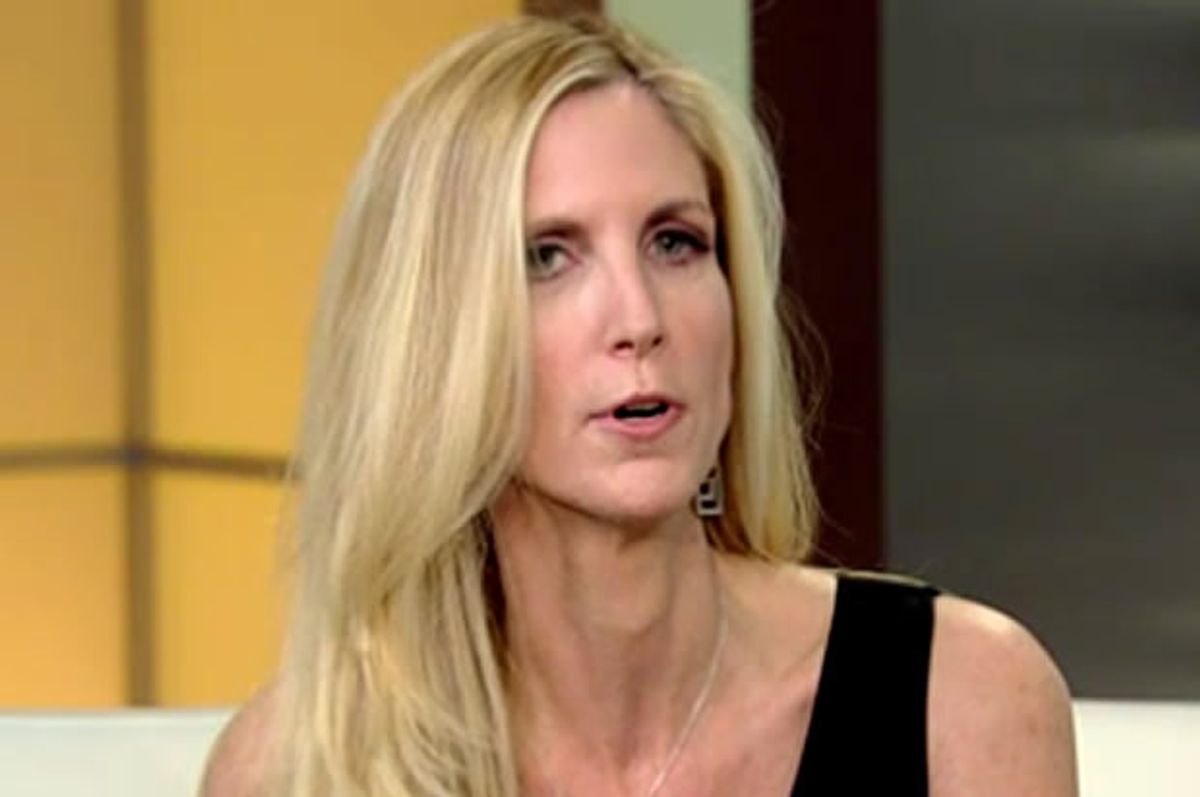 As Pope Francis paid a visit to the White House this morning, opening his remarks to 11,000 ticketed guests by noting that immigrants helped build the United States of America, the conservative flamethrower greeted His Holiness with a series of ugly nativists tweets, claiming Pope Francis' teachings on economics are why the nation's founding fathers excluded Catholics from citizenship, seemingly excusing anti-Catholic bigotry.

Coulter's tweet was in response to one by fellow conservative commentator and Rush Limbaugh's brother, David, chiding Pope Francis for speaking out against economic inequality:

When Coulter was hit with backlash linking her latest nativist screed with last week's rant complaining of GOP presidential candidates pandering to "f---ing Jews," she defended her anti-Catholic rant as "historical facts" -- and said nothing of her gratuitous knock on immigrants: