Of course One Million Moms is bashing "The Muppets," but it's perfectly fine for older kids 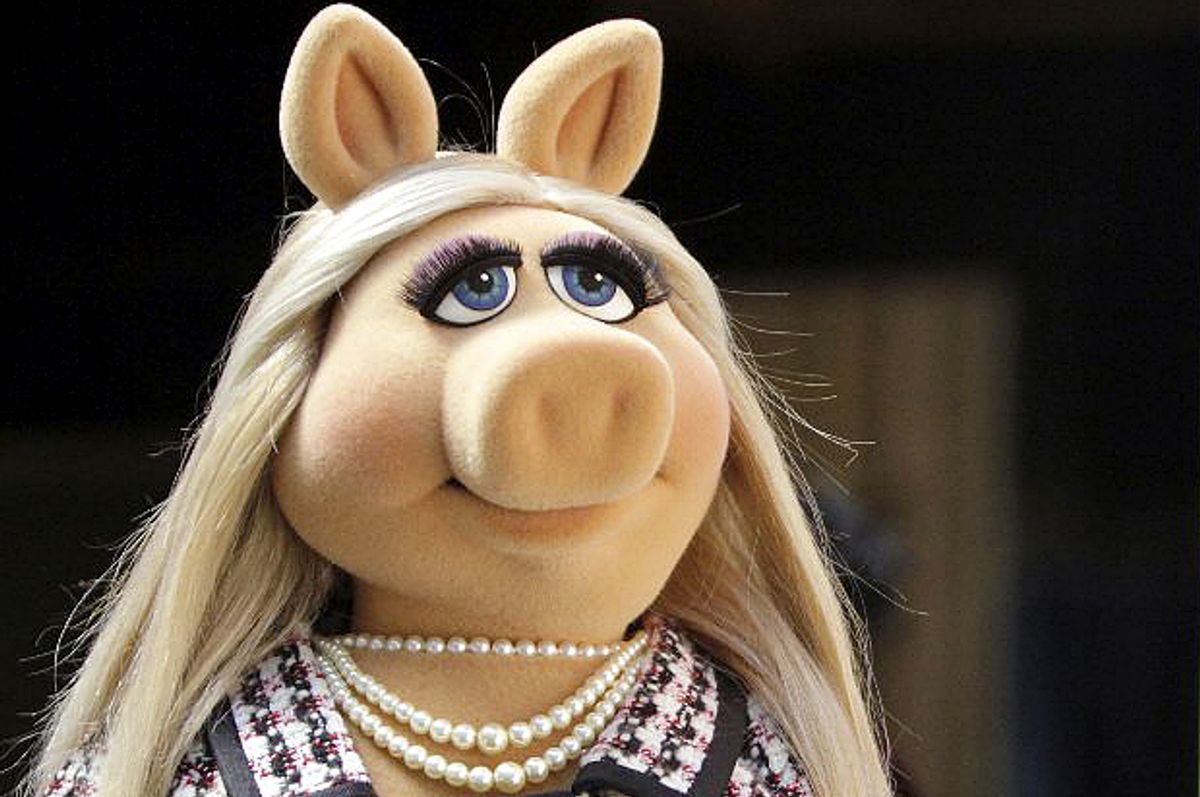 One Million Moms is a conservative "pro-family" group fighting against “the filth many segments of our society, especially the entertainment media, are throwing at our children.” The latest target of their wrath? The new ABC-Disney comedy, “The Muppets.” In advance of Tuesday’s night’s premiere, One Million Moms denounced the “mature” show as being “perverted,” and began lobbying to get the network to drop the show. Not only will the new show will “cover a range of topics from sex to drugs,” One Million Moms huffed, but “Miss Piggy came out as a pro-choice feminist during an MSNBC interview. The puppet characters loved by kids in the 1970s and 1980s and beyond are now weighing in on abortion and promiscuity.“

O my stars and garters! Sounds dreadful, but in truth, the not-so-sexy-talk on “The Muppets” is ironic, not erotic. The concept is that we’re watching a mockumentary about the making of “Up Late with Miss Piggy,” a late-night talk show produced by Kermit the Frog and starring his former inamorata, La Diva herself. Fozzy Bear, Animal, Floyd, Gonzo, Janice, Beaker, and other beloved Muppets appear as the talk show’s staff and writers. With Kermit in charge, they hold a writer’s meeting to discuss the fact that they cannot say the following bad words: “crotchety,” “twiddle,” and “gesticulate.” What? Well, Sam the Eagle explains, “gesticulate” means moving your hands when you speak, which leads to shaking hands with another person, which leads to making babies. Kermit is in no mood to swallow his codswallop. Which also probably doesn’t mean what Sam the Eagle thinks.

Thing is, they have to say these words on camera in order to warn that you can’t say them on a family-friendly show, but the joke is that they’re not naughty words in the first place. And that’s about as explicit as situations got on this particular episode.

Tellingly, the children’s media advocacy group, Common Sense Media, had rated the original Muppet Show from the 1970s as appropriate for ages 3 and up. By contrast, it determined that the age-appropriate viewership for the new Muppet Show started at age 10. To the extent that the show has been aged up, One Million Moms is right to alert parents that the show is not “nice” for toddlers. Thus, for example, Bunsen Honeydew tases Beaker for no other reason than to cough out a weak joke. The premiere episode puts forth Fozzy as a “passionate bear looking for love,”—again, little kids will not grasp the reference to “bear” as slang for a robustly built man with ample chest hair—and later, his human girlfriend’s father gets fed up and blusters, “I’ll come out and say it: he’s a bear.” Styled as a truth bomb, that statement carried the potential to break the fourth wall. It failed to detonate, because Fozzy’s neither an example of Ursus americanus nor a hairy Homo sapiens. He’s a Muppet. As consenting adult humans, both his girlfriend’s family and the show’s viewership should be able to understand that, and parse the distinction. Toddlers, not so much.

Because it practically requires Gen X parents to walk through the nostalgic haze of the Way Things (Never) Were and compare the old "Muppet Show" to the new version, what emerges is less of a cultural touchstone and more of a bellwether. The 2015 version of "The Muppets" partakes of the same escapist desires making coloring books for adults into bestsellers, even as it neatly exploits our fascination with the machinations of the media, especially when they’re offering backstage peeks into the making of the very show we’re watching (cf. “Running Man,” “Wag the Dog,” “Hunger Games,” “Gone Girl,” and “Nightcrawler.”) It also legitimizes the social value of being famous for its own sake, a status now fully extended to anthropomorphized objects—pieces of felt cloth shaped into funny characters -- which are manifestly unable to achieve fame on their own, and are therefore being made to perform “famous celebrity” in the manner of La Divette, Kim Kardashian.

If one is to take issue with the set-up, it’s that it makes the Muppets fully inhabit our mundane and desperate world, à la Ted the Bear, yet the writing feels ambivalent about that creative decision, unwilling to relinquish the cartoonish reservoirs of violence available to glorified sock puppets. Adults will feel the transgressive significance of having “feminist” Miss Piggy hosting a late-night talk show, of Fozzy Bear trying out online dating and getting into an inter-species relationship, of Kermit the Frog admitting he has a pig fetish and dating a younger co-worker. But there wasn’t much salacity and probably not enough physical comedy to appeal to younger viewers. Instead, the show was at its best when the characters weren’t going for laffs but revealed their vulnerabilities: Kermit’s insecurity about getting old, Miss Piggy’s blustering to hide her broken heart. And yes, One Million Moms--that’s grownup stuff.

One Million Moms The Muppets Tv