The Donald Trump vs. Fox News saga rages on: Why this time is different -- and worse -- for The Donald

Last month, Fox calculated that they needed Trump more than he needed them. That calculus may be changing 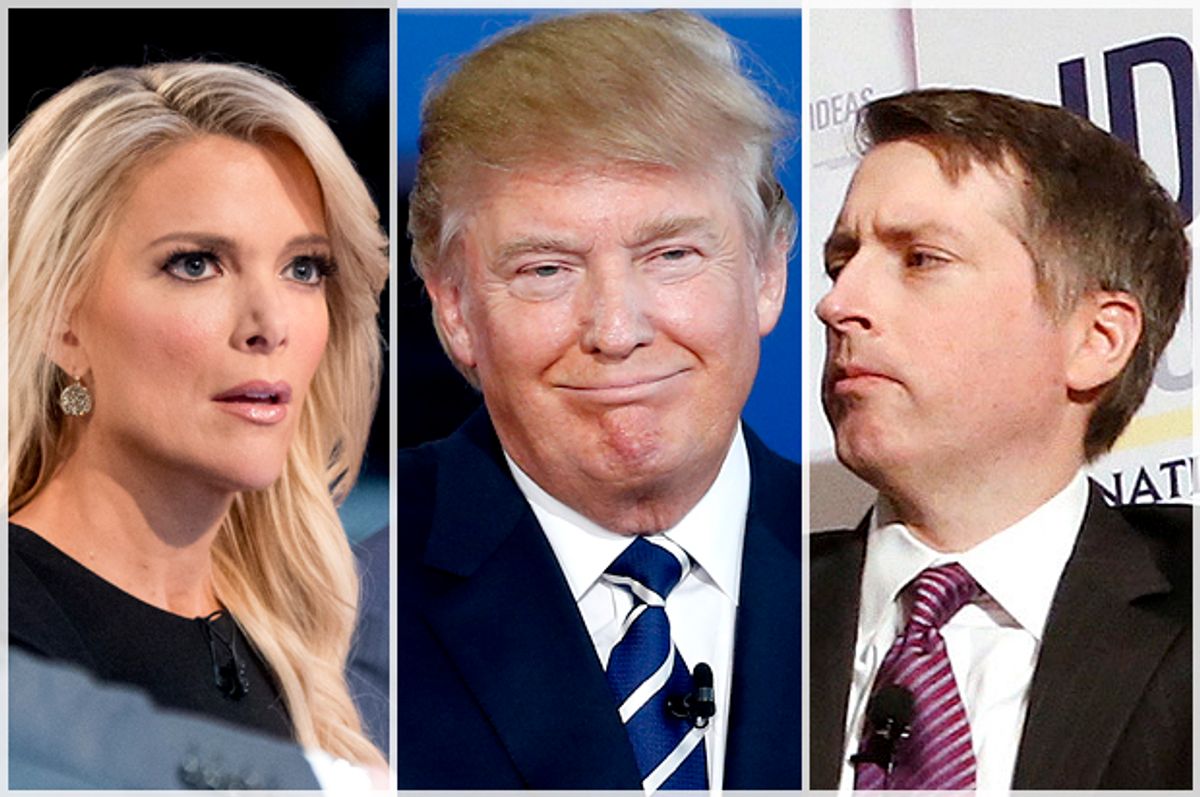 Fox News has awkwardly managed the Donald Trump phenomenon for months now. When the Trump circus started to roll, the folks at Fox couldn’t get enough of it. He may be a cancer at the center of the Republican political ecosystem, but he’s also a boon for ratings – and that’s really all that matters to network boss Roger Ailes.

So it was hardly surprising that Fox, initially at least, sided with Trump over Megyn Kelly when he insulted her repeatedly during and after the first presidential debate. Recall that in the days after that debate, Fox was berated by an army of angry Trumpites (otherwise known as Fox viewers) for allowing Kelly to ask him non-softball questions in front of a live audience. According to a report by Gabriel Sherman shortly after the Fox News debate, Ailes reluctantly bowed to Trump:

For a few days, Ailes didn’t know how to handle Trump’s full-throated attack on Kelly, who accused Trump of sexism during the debate. Eventually, as I reported yesterday, he made the same choice he always does: follow the ratings, and mend fences with Trump. But that process has meant that Fox has had to mute its defense of Kelly, who is now watching uneasily as the Fox audience turns on her.

But a lot has changed in the last month. Even as he remains on top, Trump is trending downward in the polls, which means he’s not quite the ratings boon he once was (though he still brings an element of spectacle to the broadcast). After stumbling in the first two debates, Trump has lost significant ground to Ben Carson and Carly Fiorina, both of whom are quickly closing the gap. The latest Quinnipiac poll portends bad things for the Trump circus. Although Trump still leads the primary field with 25 percent, Carson is now at 17 percent and Fiorina is right behind him with 12 percent. Considered alongside the newest CNN/ORC survey, which showed an 8-point drop for the real estate mogul, it would appear Trump’s bullshit express has stalled.

How Trump’s decline will impact his relationship with the broader media remains a mystery. However, his uneasy partnership with Roger Ailes and Fox -- already on hiatus after Trump, complaining of "unfair" treatment, vowed this week not to appear on the network -- took an interesting turn last night. In case you missed it, the editor of the National Review, Rich Lowry, appeared on “The Kelly File” last night. He had some choice words about Trump’s debate performance. “In the last debate,” Lowry said, “let’s be honest, Carly Fiorina cut his balls off with the precision of a surgeon.”

Trump, paper tiger that he is, responded like a petulant child on Twitter. “Rich Lowry lost it tonight on Fox News,” Trump wrote. “He should not be allowed on TV and the FCC should fine him!” He added: “Fox News owes me an apology for allowing clueless pundit Rich Lowry to use such foul language on TV. Unheard of!” Trump declared this morning that he plans to boycott Fox News, because, you know, they treated him “unfairly.”

Now that his momentum is fading, Trump’s second battle with Fox is unlikely to end like the first. Although he’s still leading the race, he isn’t dominating the polls any longer. Trump’s novelty act (at long last) appears to be wearing thin with voters. It was telling yesterday when Fox choose not to air Trump’s speech in South Carolina, even though other networks did. Fox succumbed to Trump last month because they needed him more than he needed them, but that’s not necessarily the case today. If Fox refuses to budge this time, it may be Trump who eventually bows to them. After all, he still needs the platform that Fox provides.

Regardless of how the Trump-Fox saga plays out, Trump isn’t going away anytime soon. Every other network will gleefully book him as a guest whenever they can. His rare combination of confidence and lunacy still makes for great TV. And if Fox does cut ties with Trump, it will likely alienate further a segment of the conservative base that is already suspicious of the establishment.

Which, of course, is great news for the Democrats.