Bill Cosby's public shaming: What it means for Fordham and Marquette to yank his honorary degrees 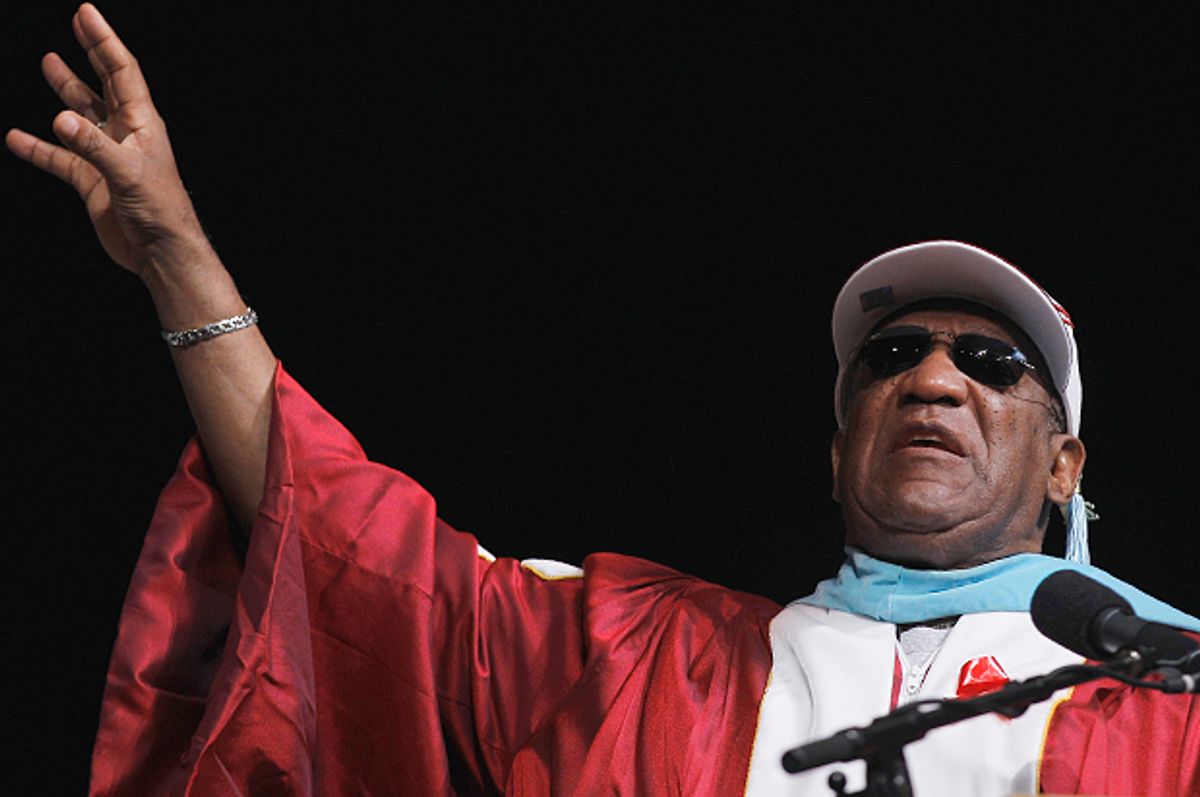 Over his lifetime, comedian Bill Cosby has been the recipient of more than a dozen honorary doctorates. Earlier this week, the Boards of Trustees at Fordham and Marquette universities voted to revoke the honorary degrees they’d conferred on him. It was the first time in the history of both Jesuit institutions that such a step has been taken.

Why go to the trouble of taking something back that had no tangible real-world impact? Why do universities even bother giving honorary degrees in the first place? Well, not all universities do. In 1845, the founder of The Massachusetts Institute of Technology, William Barton Rogers, condemned the practice of giving honorary degrees as "literary almsgiving ... of spurious merit and noisy popularity" that might even potentially reward the “uncongenial pursuits of party politics.” To this day, neither MIT nor Rogers’ alma mater, the University of Virginia, confer honorary degrees.

Universities confer honorary degrees to publically reward individuals whose deeds and accomplishments strengthen the university’s image by association. Because the award exists entirely in the realm of high symbolism – recipients of an honorary doctorate can neither claim to hold a PhD, nor call themselves “doctor”— it is not at all uncommon for protests to emerge regarding designated recipients. (If Cosby sometimes refers to himself as “Dr. William Cosby” it is because he earned a doctorate in Education from the University of Massachusetts-Amherst.) Last year, for example, controversy erupted over Rutgers’ decision to confer an honorary doctorate of law on former Secretary of State Condoleeza Rice. A similar tempest erupted over Brandeis University’s decision to honor activist Ayaan Hirsa Ali. Rice received the honor; Ali did not.

What, then, is one to make of the fact that Boston University rewarded Cosby with a new honorary degree in May 2014, when at least some sexual assault allegations against the entertainer were public, if not as prominent or numerous as they are now? Aghast, Boston Magazine pointed out that even after “literally dozens of accusations of sexual assault from women of varying ages, backgrounds, and profession (some made publicly prior to that commencement weekend); a chilling New York magazine feature giving voice to 35 of his alleged victims; the release of court documents revealing he admitted to using quaaludes to have sex with women,” BU has not rescinded its recent honor.

At the very least, continuing to allow Cosby to bear that honor sends a confounding message regarding the seriousness of the accusations against him. Just as the conferring of an honorary degree is meant to literally place the recipient on a pedestal, the rescinding of the honor is not only a rebuke, but a shaming. It matters that some universities are willing to take this step, because being ceremonially dis-honored as a consequence of his own actions (see his own testimony in court documents) is now the only institutional mechanism by which Cosby can be held accountable in the public realm. However slight, that shaming begins to approximate the burden of social humiliation heaped on his accusers, who have been coming forward with harrowing accusations of sexual assault, knowing that they will be mocked, harassed and rebuked for speaking out, yet justice will not be served.

It is looking increasingly unlikely that Cosby will ever bear a legal consequences for his alleged assaults. He will never stand before a court of law determining his guilt or innocence according to legal standards. Either you believe his accusers, or you don’t. Earlier this month, comedian Damon Wayans made it clear that he does not. The refrain of denial constantly cites lack of evidence, because for some, 35 women saying "Bill Cosby raped me” is not proof of one man's crimes, but a conspiracy against him.

"The University has taken this extraordinary step in light of Mr. Cosby’s now-public court depositions that confirm many of the allegations made against him by numerous women. Fordham has never before rescinded an honorary degree. A recipient's actions would have to be both unambiguously dishonorable and have a deep impact. By his own admission, Mr. Cosby’s sexual exploitation of women was premeditated and ongoing. Equally appalling is his longtime strategy of denigrating the reputations of women who accused him of such actions."

To be sure, it is so unusual for an honorary degree to be fully conferred, and then revoked, that it has only happened a handful of times. Typically, a university responds to pressure of this kind by muttering some variation of well, the honorary degree doesn't mean anything, so why go to the trouble of taking it away? But, in 1918, the University of Pennsylvania rescinded Kaiser Wilhelm’s honorary degree due to his role in World War I. In 2008, the University of Massachusetts revoked Robert Mugabe’s honorary degree, because of his many human rights violations. Now, Fordham University and Marquette University are both willing to say loud and clear: Bill Cosby has earned his place among this ignoble company. It's the least an institution can do.