"Liberals who have glommed on to him as some kind of mascots are ninnies," Maher said 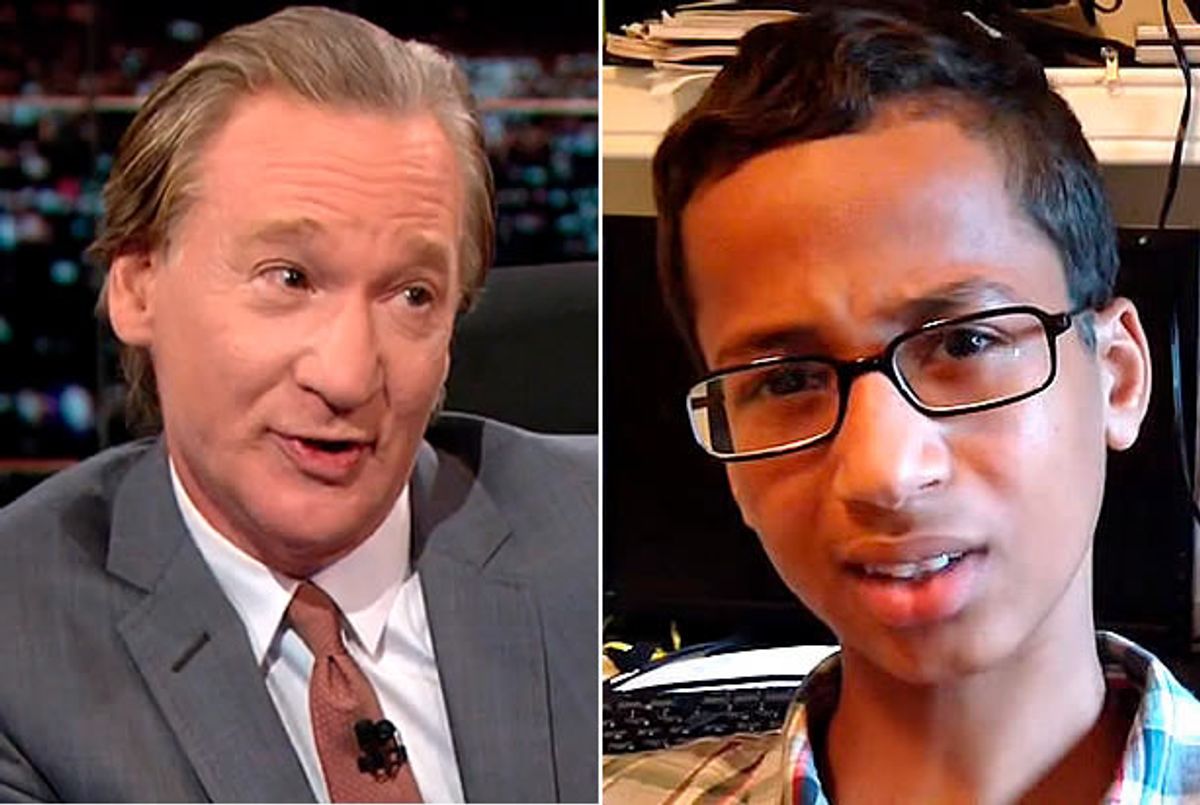 On Friday night's episode of "Real Time," host Bill Maher continued to criticize liberal "ninnies" who think 14-year-old Ahmed Mohamed should be lionized for what the comedian characterized as "taking the back off something."

Maher played a YouTube clip of someone opening up an alarm clock and placing it in a pencil case, and claimed that it looked both exactly like what Ahmed brought with him to school and exactly like a bomb. "This is like pouring milk on a bowl of Cheerios and claiming you invented cereal," Maher said.

"And then made it look like a bomb!" guest S.E. Cupp added.

School officials "absolutely did the right thing, thinking it looked like a bomb," Maher said.

"Haven't you seen any of the 'Die Hard' movies?" Cupp asked, momentarily confusing Hollywood with reality.

Reagan the audacity to suggest that it looked like an alarm clock, saying that "here's the thing about bombs, they have the timer -- and then those wires that come out are attached to fissile material that explodes."

"Excuse me, Ron, but I don't notice all that when I see that hunk of metal," Maher said. "Try taking that through airport security."

"It's a clock only because we were told it's a clock," Maher said, seemingly unaware that's it is a clock no matter what other people tell you it is -- as demonstrated in the very video clip with which he opened this segment.

Maher later accused Ahmed of not being an inventor so much as someone who "takes the back of something" electronic equipment and shows it to people.