The GOP hopeful can dish it out, but apparently can't take even a bit of pushback 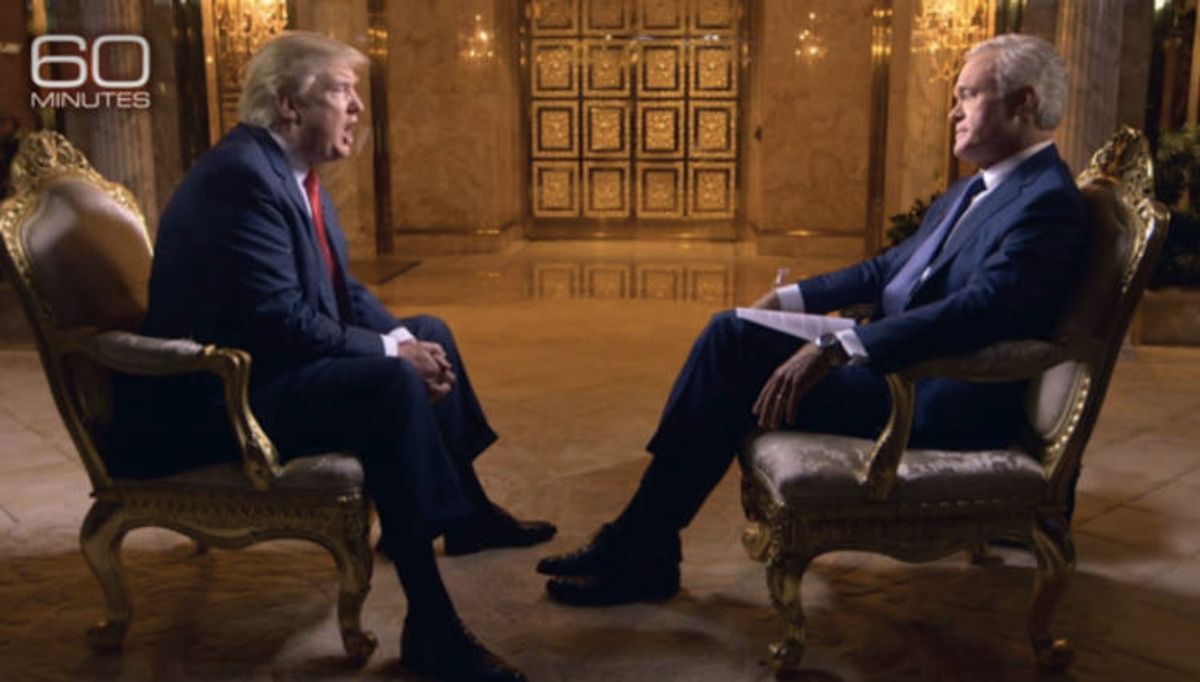 Donald Trump spoke with CBS's Scott Pelley on Sunday's edition of "60 Minutes" and then promptly attacked his interviewer on social media, adding Pelley to the long list of journalists Trump has lashed out against during this campaign cycle.

Trump appeared excited enough for the interview that aired alongside an interview with Russian President Vladmir Putin earlier this week, tweeting his belief that "60 Minutes" would treat him "fairly":

But perhaps it was Pelley's follow-ups to every one of Trump's nonsensical and half-baked answers that perturbed the notoriously thin-skinned mogul (Pelley even pressed him on that), as he later lashed out as his interviewer on Twitter. Here are a just a handful of Pelley's retorts to Trump's now familiar empty bluster on issues like illegal immigration, trade, healthcare reform, and taxes:

"Do you know what the numbers are?"

"You're not going to be able to prevent the devaluation of the currency."

"You can't just break the law."

"How are you going to pay for it?"

"You know, the problem with a lot of these ideas is that the president of the United States is not the CEO of America."

"You love hearing about yourself."

"You know, neither party likes you very much."

Shortly after the interview aired Trump changed his tune on Twitter, retweeting a series of critiques directed at Pelley:

Last week, Trump attacked a New York Times reporter and AP photojournalist over photos of empty chairs at his speech in South Carolina, calling the photographer "a f***ing thief."