Matt Damon says gay actors should stay in the closet: Sexuality is "one of the mysteries that you should be able to play"

The actor shared his controversial views in a new Guardian interview 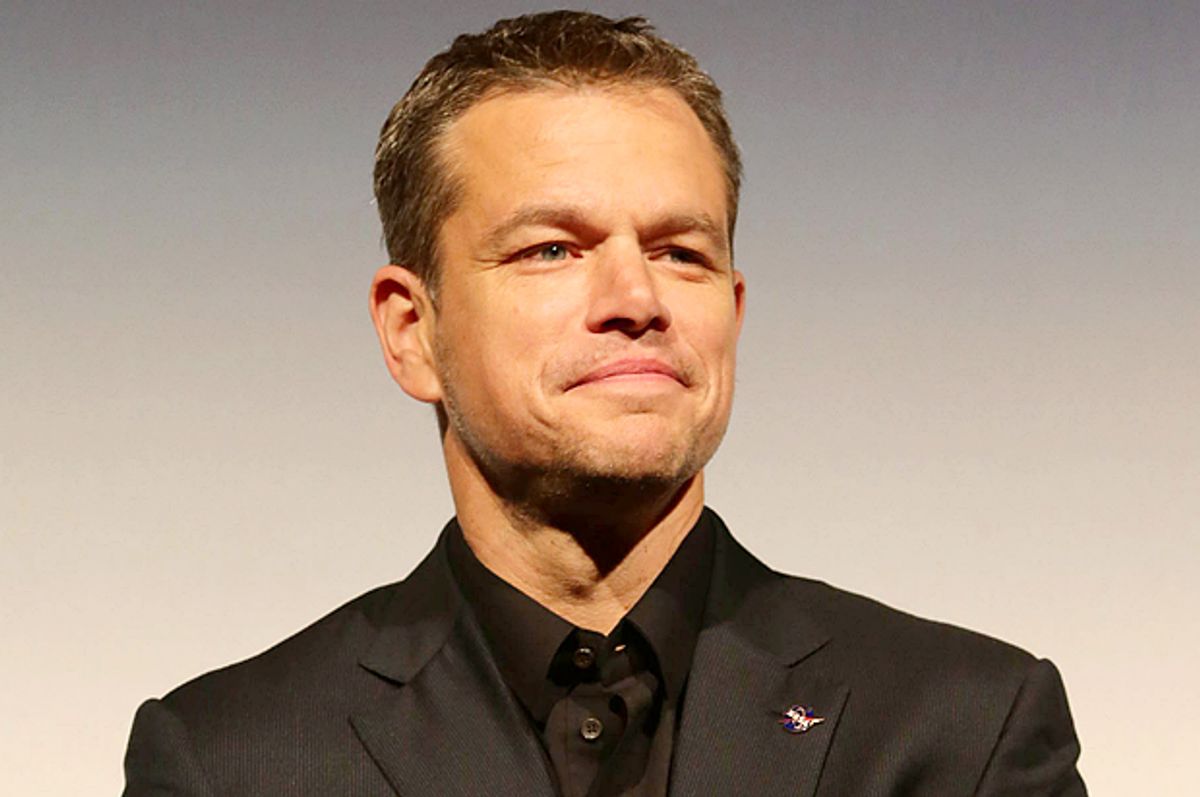 Following up on his contentious comments about diversity onscreen, Matt Damon aired another surprisingly conservative viewpoint in a new Guardian interview, suggesting that gay actors ought to remain quiet about their sexuality.

“I think it must be really hard for actors to be out publicly,” the actor said. “But in terms of actors, I think you’re a better actor the less people know about you period. And sexuality is a huge part of that. Whether you’re straight or gay, people shouldn’t know anything about your sexuality because that’s one of the mysteries that you should be able to play.”

Saying that he and Ben Affleck were dogged by gay rumors when they first “came on the scene,” Damon acknowledges that it is more difficult to be an actor if you are openly gay, using actor Rupert Everett as an example of an actor who “[took] a hit” for his sexuality.

"It’s just like any piece of gossip… and it put us in a weird position of having to answer, you know what I mean? Which was then really deeply offensive,” he explained. "I don’t want to, like [imply] it’s some sort of disease – then it’s like I’m throwing my friends under the bus. But at the time, I remember thinking and saying, Rupert Everett was openly gay and this guy – more handsome than anybody, a classically trained actor – it’s tough to make the argument that he didn’t take a hit for being out.”

In a recent BBC radio interview, Everett suggested that coming out had made it more difficult for him to get leading roles, saying "I would not advise any actor necessarily, if he was really thinking of his career, to come out."

Yet while many actors and actresses have opted for a "none of your business” approach when it comes to sharing details of their sexuality, Damon's stance is a potentially harmful one, given how the presence of outspoken LGBT role models continues to be a powerful force for social change. Damon's advice doesn't apply equally to straight cisgender actors, after all — a leading man like Damon who casually mentions his wife and four kids in an interview will never face the same career repercussions as a rival who introduces his husband on the red carpet. An actor following in Damon's footsteps, in fact, stands to gain little career ground by keeping his straight life a secret.

Read the full interview over at The Guardian.