Zendaya approves of her Barbie likeness: "When I was little I couldn't find a Barbie that looked like me"

The doll features her stunning 2015 Oscars look, including the dreadlocks that were criticized by Giuliana Rancic 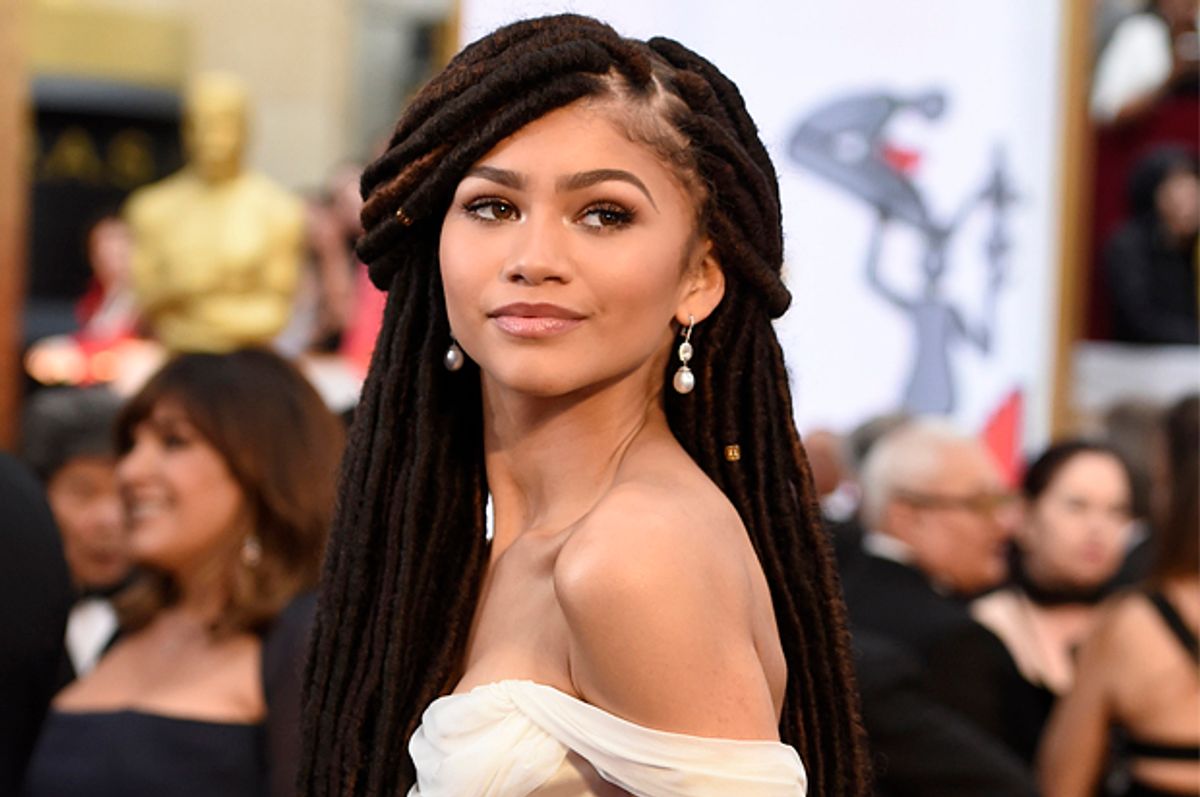 "When I was little I couldn't find a Barbie that looked like me, my…how times have changed," the actress wrote on her Instagram, along with a photo of the doll. "Thank you @barbie for this honor and for allowing me to be apart of your diversification and expansion of the definition of beauty. Can't wait to keep doing amazing things with you.”

Barbie has had a fraught history with race. The brand released its first black doll, “Francie,” in 1967, but the first black Barbie didn't make an appearance until 1980. In 2009, Barbie released its “So In Style” range, which gave the dolls more traditionally African American features, instead of merely changing the doll's skin tone and hair color, and recently announced a plan to try and boost sales by introducing a more diverse range of dolls. Yet the company still has a long way to go, and many have expressed frustration with the limited range of Barbies available. In recent years, a number of mothers have even worked to develop their own range dolls with natural hair in response to the silky locks that black Barbies typically sport.

The Zendaya Barbie remains a significant milestone, though, particularly given the stigma that continues to exist around natural black hair. After the Disney Channel star rocked her dreads on the Oscar red carpet last year, Fashion Police’s Giuliana Rancic criticized the star’s hair by saying it made her look as if she "smells like patchouli oil...or maybe weed,” Zendaya responded to Rancic with an astute rebuttal, pointing out that "there is already harsh criticism of African American hair in society without the help of ignorant people who choose to judge others based on the curl of their hair" and that her decision to wear her "hair in locs on an Oscar red carpet was to showcase them in a positive light, to remind people of color that our hair is good enough.”

So kudos to Zendaya: a good role model for young girls, both in the flesh and now, also, in plastic.