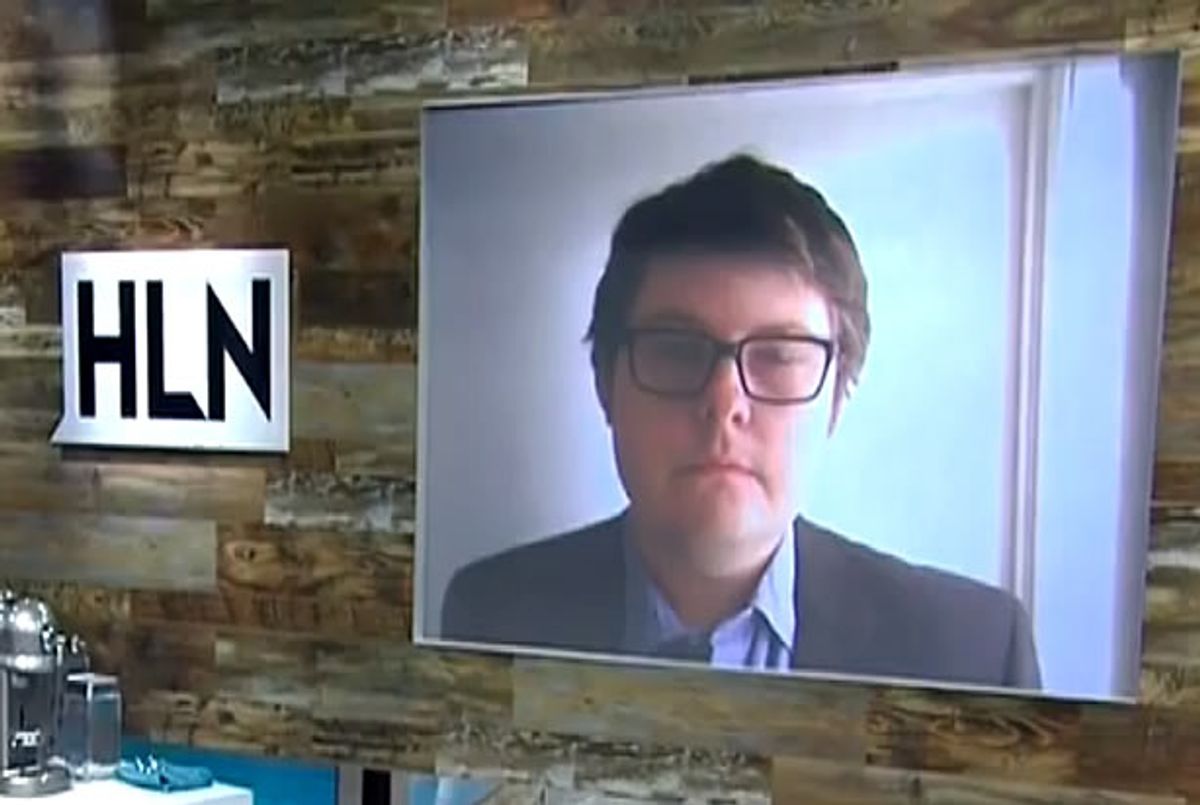 On Wednesday, HLN invited Twitter comedian Jon Hendren -- whose social media handle, @fart, should have given away the game -- to discuss the sudden appearance of Edward Snowden on Twitter yesterday.

HLN anchor Yasmin Vossoughian asked whether Hendren agreed with GOP presidential candidate George Pataki, who wrote that "Twitter is a great company that should not give a platform to terrorists of traiters," to which Hendren replied that Snowden is "a hero doing what any one of us should have done in that situation."

Vossoughian then played a clip of John Oliver's interview with Snowden, in which he questioned whether some of the information revealed in Snowden's leaks didn't directly put American lives or operations in harm's way.

"Could he have hurt someone?" Vossoughian asked.

"Well, you know to say he couldn’t harm someone," Hendren replied, seemingly on topic. "Absolutely he could. But I think to cast him out, to make him invalid in society, simply because he has scissors for hands -- I mean that’s strange. People didn’t get scared until he started sculpting shrubs into dinosaur shapes and what-not."

Vossoughian was either unfazed or oblivious, as she then asked Hendren about whether Snowden deserved to live in exile in Russia.

"Casting him out is just completely wrong,” he replied. “We’re treating him like an animal, like someone who should be quarantined and put away. Just because he was created on top of a mountain by Vincent Price, incomplete with scissors for hand and no heart. Edward Scissorhands is a complete hero to me."

"I mean, where else is he going to go? You know?” Hendren asked. “We cast him out. We got scared when he poked a hole in a waterbed with his scissor fingers, and that was unreasonable of us."