Wilmore uncovers the biggest lie Fox News tells: When they say "I hate to say this" before criticizing Pres. Obama. 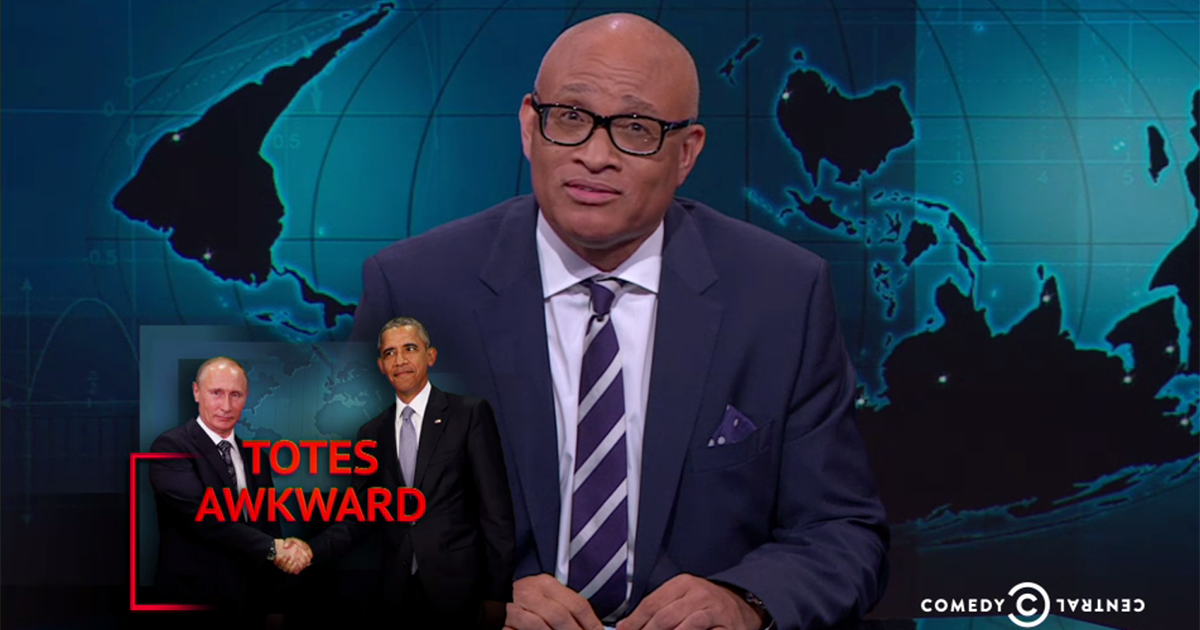 On Tuesday evening's "The Nightly Show," Larry Wilmore addressed the "totes awkward" moment at the United Nations on on Monday between Vladimir Putin and Barack Obama.

Wilmore began the segment talking about the degrees of awkwardness between the two men that has gone on for years as these ridiculous photo-ops continue. From the moment in 2014 where Wilmore says they look as tense as a couple that just broke up over a vacation and now have to sit next to each other on the flight home.

This year's meeting had both attendees saying that the other had asked for the meeting. We all know that what actually happened was that Putin asked Prime Minister David Cameron to check with Chancellor Andrea Merkel to see if Joe Biden would ask if President Obama would just like to meet or if he would like like to meet. "Jesus, you two, why don't you get a room," Wilmore said.

Because no one was allowed in the room except Obama, Putin, and their aides no one knows exactly what went on or what was said in the room. That didn't stop Fox News from using their patented telepathic speculation machine. Naturally they declared President Obama the loser in the Stink Eye Summit and blaming him for embarrassing the United States.

Wilmore rolled the Fox News footage of a body language expert, who started by saying "I hate to say this," before aggressively slamming President Obama. "It doesn't seem like you hate to say that," Wilmore said. "It seems like your hate is reserved for something else... Fox is amazing to me. They find so-called experts whose only expertise is spreading Fox's douchey black president bashing talking points."

Check out the whole click below - it's Wilmore at his best: