Nelson discussed almost being fired from "The Breakfast Club," as well as how Hughes let the inmates run the asylum 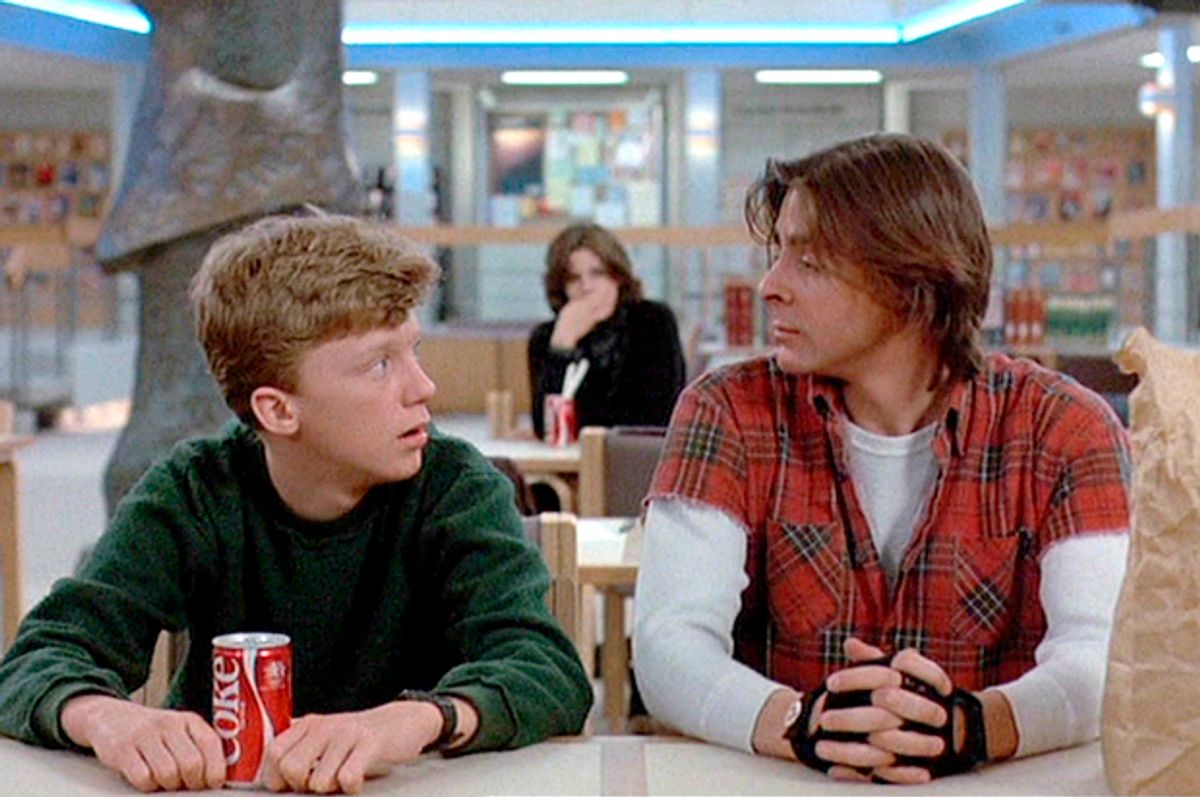 In a lengthy podcast, "American Psycho" author and '80s icon Bret Easton Ellis spoke to Judd Nelson about what it was like to be the symbol of teenage rebellion at the height of the Reagan era.

Nelson discussed how odd it was for him -- a Jewish prep school graduate who attended Haverford College before dropping out to study acting with Stella Adler -- to play "John Bender," a character who remains the gold standard for lower-class white high school outcasts to this day. (James Franco's breakthrough performance in "Freaks and Geeks" is unimaginable without Bender.)

They spoke about the production of "The Breakfast Club," and the extent to which Hughes trusted his young actors because of -- not despite -- their youth, and how that trust manifested itself on screen with, for example, the delinquent's seating arrangement.

Where everyone would sit -- an important decision given how it would affect the lighting and the filming of the entire film -- was decided by the actors, who considered the people their characters would be most likely to sit next to.

Nelson also noted that unlike modern film production, in which actors are presented with a script and learn their lines but never rehearse with each other after an initial table-read, the cast of "The Breakfast Club" was allowed to inhabit their characters as they rehearsed for three weeks before principal photography began.

Listen to the entire podcast below. The discussion of "The Breakfast Club" begins approximately an hour in.