Colin Powell admits he's trolling the GOP: "I continue to be a Republican because it annoys them" 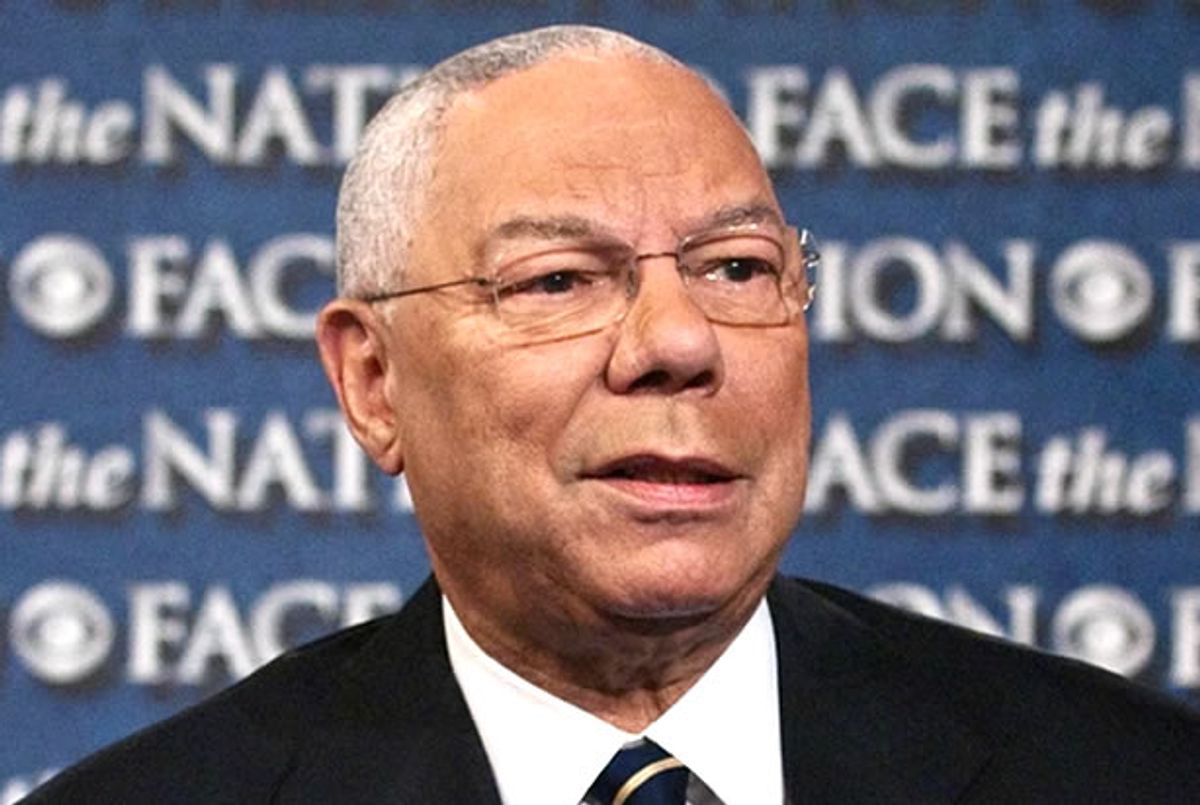 Former Secretary of State Colin Powell said at the Washington Ideas Forum Wednesday that he only remains a Republican "because it annoys them," the Hill's Mark Hensch reports.

"I continue to be a Republican because it annoys them," Powell told host Walter Isaacson. "I think the party has shifted much further right than where the country is, and it should be obvious to party leaders that they cannot keep saying and doing the things that they were doing and hope to be successful in national-level election in the future -- not just in 2016."

Powell also claimed that the current crop of GOP candidates is mistaken in believing that the majority of the country -- Republicans included -- doesn't want the next president to act on immigration reform. "I think most Republicans understand that we need immigration, we are an immigrant nation [and that] it is in our best interest to do it," he said.

Powell disagreed in particular with Donald Trump, saying that "if I was around Mr. Trump — Donald, who I know rather well — I would say, ‘You know, Don, let’s see what happens — let’s tell all the immigrants working in Trump hotels to stay home tomorrow. Let's see what happens.'"