Enough about your "thoughts and prayers": Gun violence isn't about God -- it's about our shameful refusal to act

Of course we should sympathize with victims and families -- but for too long, we've pretended that's all we can do 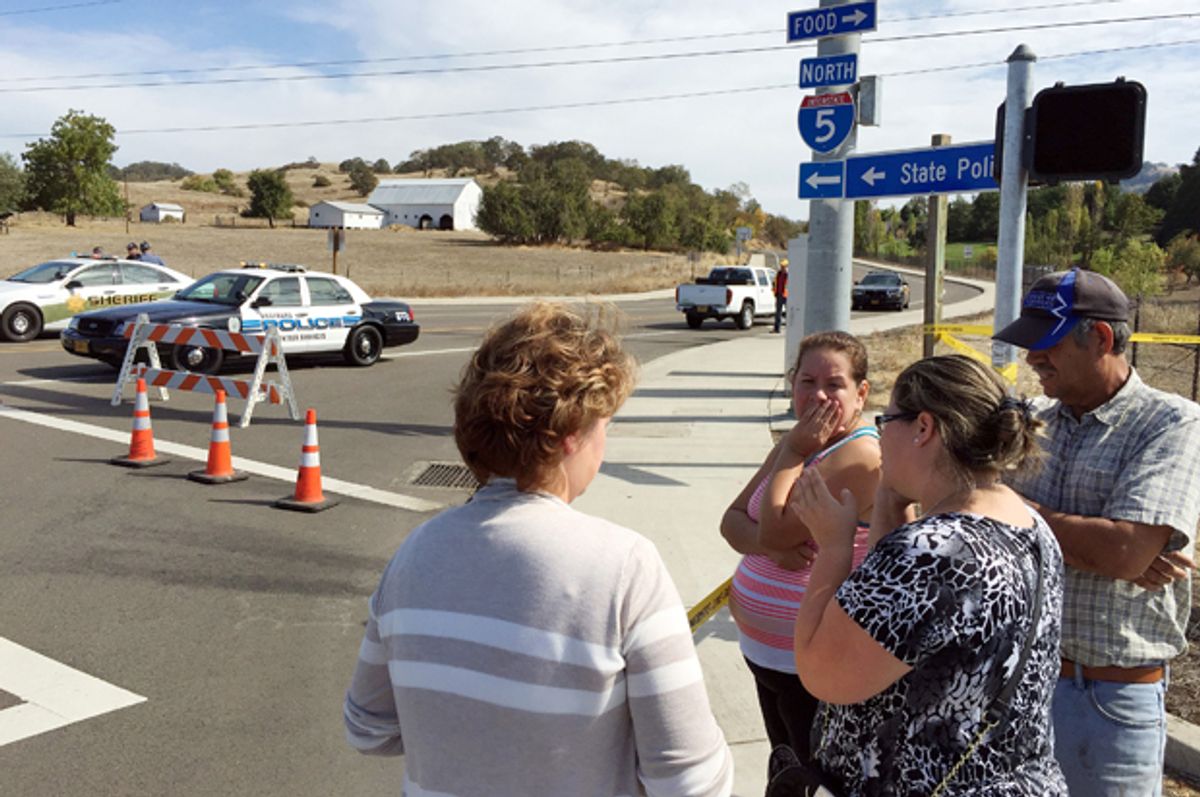 “We, collectively, are answerable to those families who lose their loved ones because of our inaction.” – President Obama

There was yet another mass shooting in America yesterday. There really isn’t much left to say at this point. All the arguments about the media and celebrity culture and gun control and mental health have been made ad nauseam. Others, I’m sure, will restate these arguments in the aftermath of this tragedy, and I suppose that’s a good thing.

But there’s a refrain you’re likely to hear from politicians and pundits in the coming days, and it’s some variation of the phrase, “We’re sending our prayers to the people of Oregon.” As the President said, that’s not enough – it never was. This isn’t about God. And well-wishes won’t do the victims and their families any good. Nor will it help the victims of the next mass shooting or the next gun-related tragedy.

I’ve no problem with people seeking solace in faith when something terrible happens – that’s understandable. But let’s be clear: God has nothing to do with what happened at the community college in Oregon. We did this. We’re responsible. God won’t help us. It’s our country, our laws, and our culture that allowed this to happen - we have to own that as a society. People will say, as they always do, that this is about the individual and nothing besides. That’s bullshit. If it were just about people, this kind of thing would happen everywhere. But it doesn’t. And that’s not an accident.

Can we finally refuse this false dichotomy between people and guns? Is it not obvious that this is about both? It’s about much more, too. We’ve failed, as a society, to look our nihilism and neglect in the face. We’ve decided, whether we know it or not, that an anachronistic interpretation of the Second Amendment is more sacred than the lives of gun victims. How many times must our mythologies and ideas about guns collide with reality before we rethink our approach? How many people have to die?

And this is not a call to abolish the Second Amendment – I honestly don’t think that’s possible in any case. This is about our near-religious resistance to stricter gun laws. This is about the NRA and the American gun lobby, which undermine every effort to renew a conversation about how to deal sensibly with guns. In the words of the President, “We have a Congress that explicitly blocks us from even collecting data on how we could potentially reduce gun deaths.” What does that say about our priorities? What does it say about our values?

People will say that we can’t prevent mass shootings; that the guns are already on the streets. This is true, but it’s not an argument against trying. Proponents of gun control have to be honest with themselves about how difficult this problem really is. The guns do exist. There are genuine threats. But, again, that’s no reason not to seek ways to limit gun deaths. Yet we can’t do this because the NRA won’t allow it.

Whatever the specifics of this case turn out to be, it doesn’t really matter. Our problem goes well beyond what happened in Oregon yesterday. This is a uniquely American problem, and it persists because of our inaction. I don’t know what to do about guns. I don’t know how best to interpret the 2nd amendment.  But our mania for guns runs deep and it’s why mass shootings (and gun-related deaths in general) are now a perfectly banal occurrence in America.

Send all the “prayers” and “thoughts” you want, but know that’s not enough. Every time something like happens and we, as a country, do nothing, we all bear a little responsibility for the next tragedy, even if it's a burden we've merely inherited as Americans.