For straight men and women, the less obsessed you are with your weight, the more action you see in bed 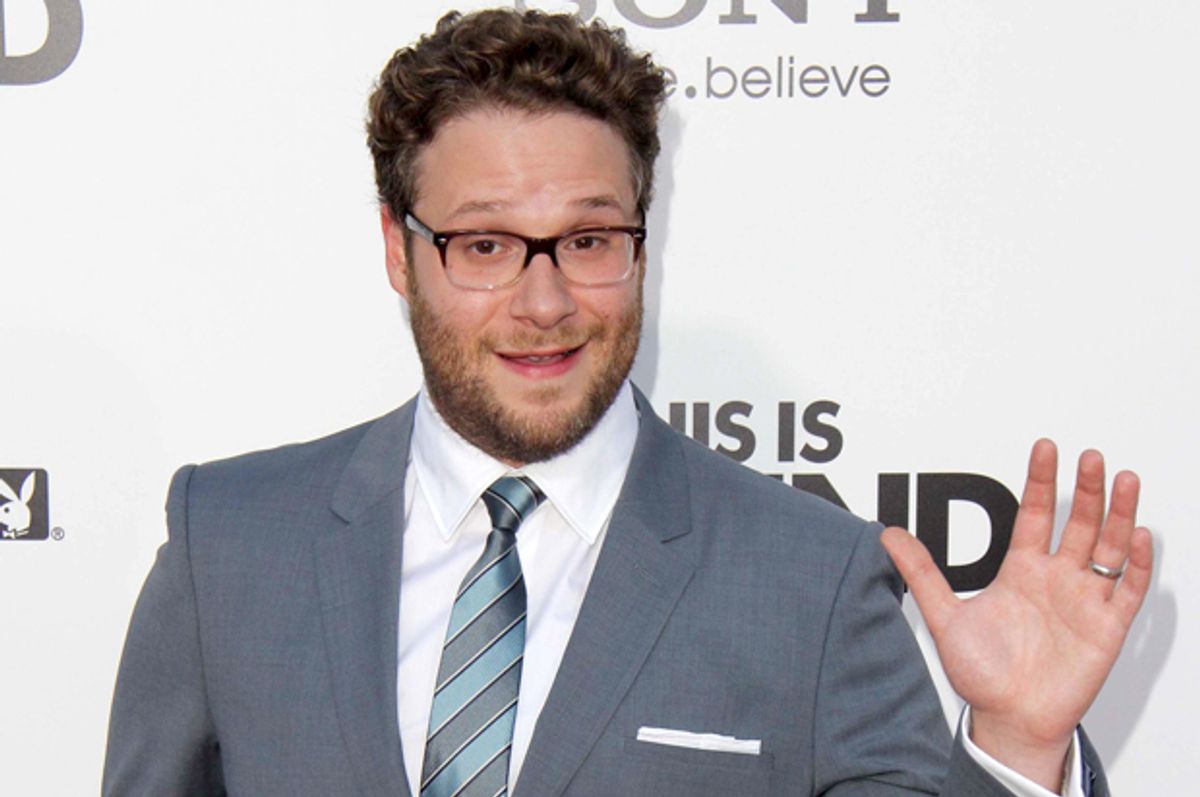 A new study of 60,058 heterosexual men and women related to sex, height and weight from Chapman University has found that men in the “middle BMI ranges had the most extensive sexual histories” while “underweight women had notably fewer partners than other women.”

I’m glad to see I’m not the only one who finds fat guys sexy, though I’m not surprised at these findings. While earlier this year there was a lot of hype about the “dad bod”—meaning, basically, guys who look like Seth Rogen and aren’t obsessed with working out—that trend didn’t really account for why women are often attracted to non-gym bunnies.

I don’t think you can underestimate confidence when talking about who’s getting laid and who’s not—and that goes for any size. Yes, it’s a cliché that people are attracted to confidence, one right up there with a “good sense of humor,” but it’s also true. Here’s how plus-size model Grace put it to Metro UK in a 2008 article on women who are attracted to big and fat guys: “I’ve only ever dated big men who were happy with themselves but that’s getting harder to find nowadays. If I suspect a man has a ‘woe is me, I’m fat’ attitude, I wouldn’t get involved. But if he considered himself a Big Handsome Man, then I would be interested. Nobody wants to date someone who hates their body.” Men who genuinely aren’t worried about what women think about them have a natural advantage over men who are trying too hard.

As for the study’s conclusions on underweight women, they also aren’t surprising. Dr. Frederick explained why underweight women may have had fewer sexual partners like this: “They may be highly dissatisfied with their weight and suffering from anorexia and thus not motivated to show their bodies; additionally, being underweight is associated with a relatively high mortality rate and/or they could be suffering from a variety of ailments that cause weight loss and thus have fewer sex partners because they are dealing with serious health issues.” Apart from the serious health issues, the same principle applies: women who pick at salads, complain about being “too fat” and obsess over their appearance may seem too high maintenance compared with a woman who simply eats what she wants, when she wants.

The rise of plus-size models and body positivity isn’t just about women embracing their curves, but about men doing so as well—literally. Will Lassek M.D. wrote at Psychology Today that women often assume men lust after skinnier women, when that’s not necessarily so:

"When asked to predict the figure that men will find most attractive, women consistently choose a skinnier figure than the men actually prefer. The figures women think men prefer are more like fashion models than Playmates…The figures that the men actually prefer are also much closer to the women's own figures than the skinnier ones women believe that men like. This misreading of men's desires may encourage some women to mistakenly think they would be more attractive to men if they weighed less."

Former Guess CEO Paul Marciano said in a 2012 interview with Women’s Wear Daily, “When the waif look first came into fashion, Anna Nicole Smith was in the Guess campaigns looking like a real woman. A girl who looks too thin and unhealthy does not look sexy to me, and she does not look right for Guess.” This idea that stick thin, or even just “thin,” is the only model of attractiveness for women needs to die. I’m not saying it’s okay to thin-shame people, but that we need a range of role models for sexual attractiveness for men and women.

While I don’t believe that we should measure sexual happiness based on number of sex partners or how often we get it on, or that having fewer partners means you are somehow less attractive, this study is a step in the right direction in terms of emphasizing that there’s no single model of attractiveness. In a 2014 Salon article, Tracy Clark-Flory cited a 1988 study which found that “Mothers and daughters believed that men (of their own generation) prefer much thinner women than these men actually prefer.” It’s both dangerous and sad to think women are dieting or using devices like waist trainers to try to meet an ideal that their potential partners don’t even want.

Until we stop trying to second-guess what a potential partner will desire, and basing our self-worth on those misguided guesses, we won’t truly embrace the kind of sexual confidence we deserve, no matter what the number on the scale says.