"The vast majority of mentally ill people are non-violent," Oliver says. And yet they're the GOP's scapegoat 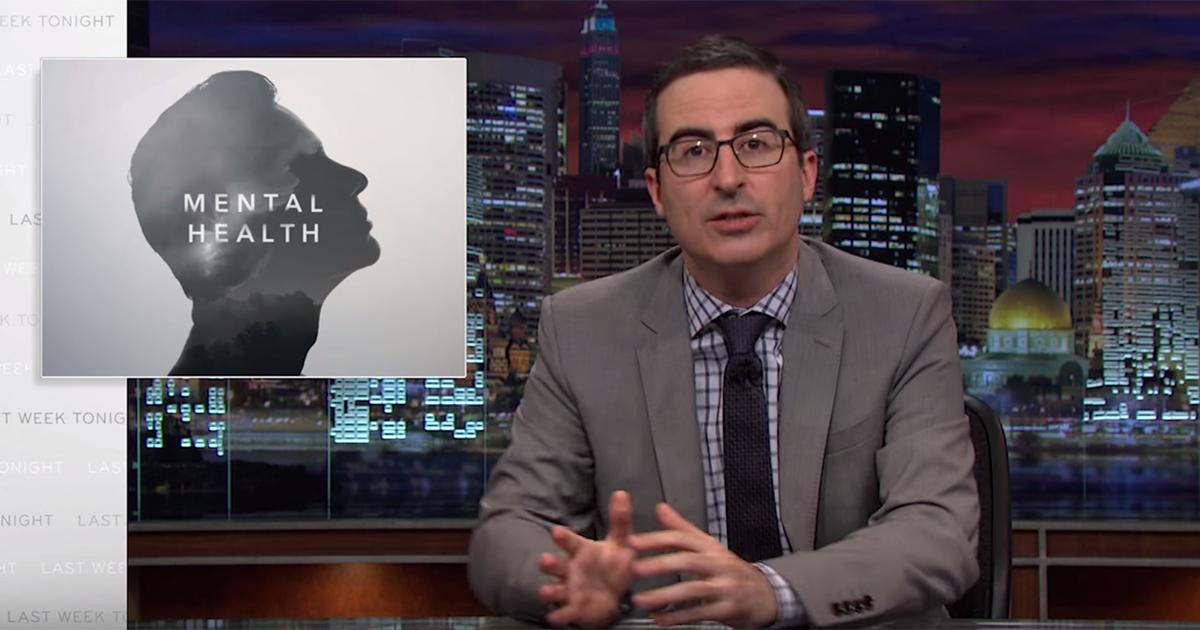 Every single time we have a mass shooting, like the one last week in Oregon, those against gun control take to the airwaves blaming mental illness. After all, anyone who wants to kill a bunch of people is clearly suffering from something. Sunday night on "Last Week Tonight," John Oliver decimated that myth with a harsh dose of reality policymakers are sure to hurriedly sweep under the government rug.

Oliver acquiesces to the annoying timing of the discussion but embraces that we're talking about it at all. He cites the Substance Abuse and Mental Health Services Administration statistic (PDF) that in 2013 an estimated 43.8 million adults in the U.S. have some form of mental illness. The same survey shows an estimated 10 million adults have a serious mental illness.

When you look at the way the government deals with mental illness, Oliver says "it is a mess, and it always has been." He talks about the old "snake pits" which were asylums we once locked people in. Think "One Flew Over the Cuckoo’s Nest." But in the 1960s President Kennedy signed a bill that set standards for facilities, closed many of these disgusting abusive places down, and instead replace them with "therapeutic centers." The problem: Congress never funded these so-called centers. So where did they go?

Oliver breaks down the sub-par methods used instead — nursing homes, or so-called “Greyhound therapy,” where states release the mentally ill person too soon and stick them on a bus with a one-way ticket, shipping them off for another city or state to deal with. If those options aren't available, we send them to prison. There are 2 million people behind bars that suffer from a mental illness. It's ten times more people than are in state funded psychiatric hospitals.

“Finding out jails are our largest provider of mental health treatment is like finding out Li’l Wayne lyrics are our greatest source of sexual education,” said Oliver.

Oliver points out that the best government-funded mental health assistance plans pay for themselves, so the GOP candidates — Donald Trump, Mike Huckabee, Ben Carson — shown emphasizing mental health issues should get behind funding them. "If we’re going to constantly use mentally ill people to dodge conversations about gun control, then the very least we owe them is a fucking plan," said Oliver.

Watch the rest of the sad and pathetic disgrace our mental health services have become below: