These mass-shootings are inevitable, Carson implicitly argued, the president just needs to wait for the next one 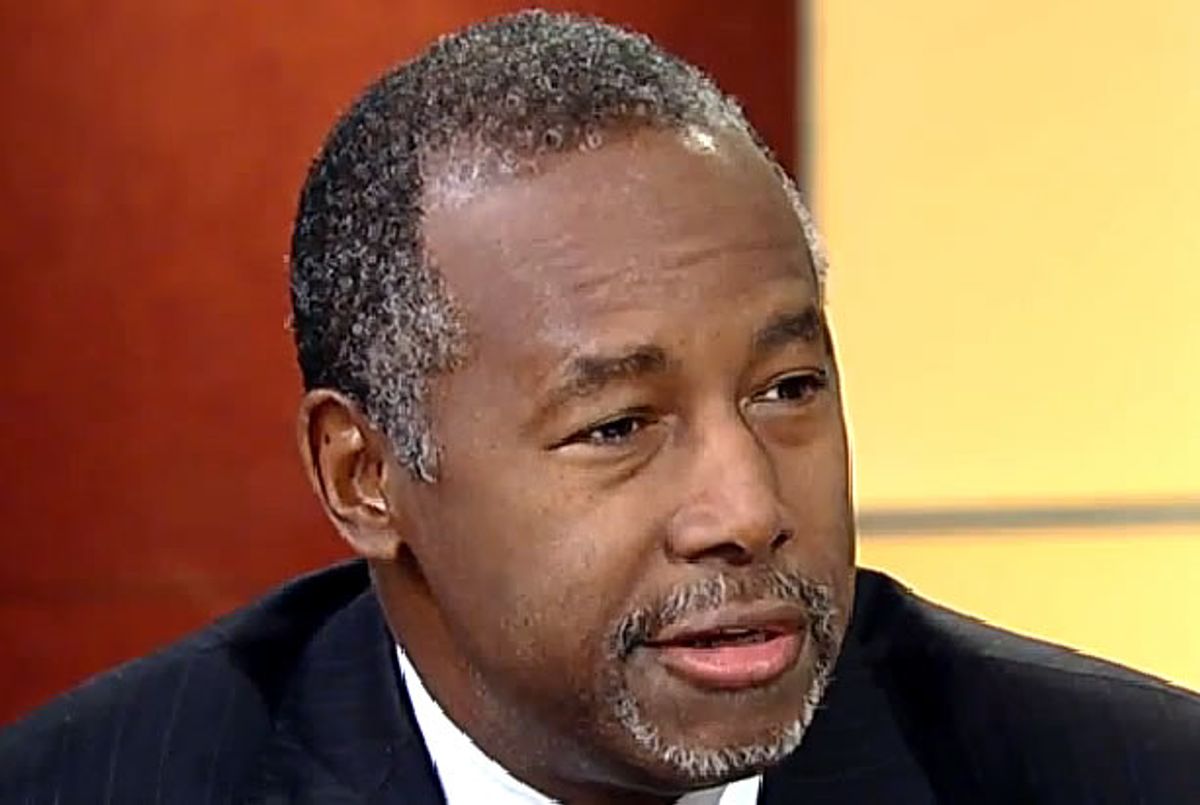 On "Fox & Friends" Tuesday morning, GOP presidential contender Ben Carson unwittingly confessed that his party's obstructionism on all gun control legislation means that it is only a matter of time before there is another school shooting like the one that occurred in Roseburg, Oregon.

Carson was bemoaning the manner in which President Barack Obama and Democratic hopeful Hillary Clinton were deliberately "politicizing" the shooting. "Imagine a politician politicizing something," he said. "When do we have people that actually want to solve our problems, rather than just politicize everything?"

"Guns don’t kill people," he continued, "and the Second Amendment is extremely important. And Daniel Webster said that America would never suffer tyranny because people are armed."

"He wants to come to our community and stand on the corpses of our loved ones, to make some kind of a political point, and it isn’t going to be well received -- not by our people, not by our families, and not even by our elected officials."

"Probably not," Carson replied. "I would probably have so many things on my agenda that I'd go to the next one."

Because despite his earlier encomium for "people who actually want to solve our problems," Carson is embracing a deadly defeatism -- another school shooting is inevitable, so if Obama doesn't speak to grieving parents this time, he need only wait for "the next one."