Larry Wilmore crushes Trump's plan to arm teachers: "Let's not elect a guy who's getting his policy ideas from the movie 'Kindergarten Cop'" 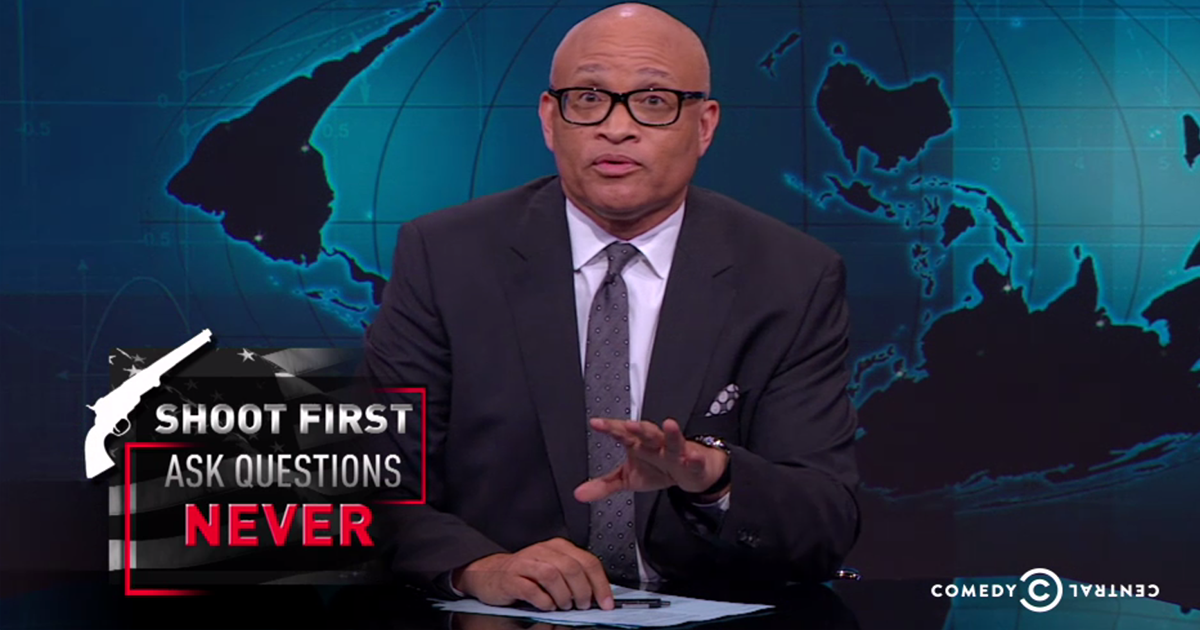 If there's something America does exceptionally well, it's avoid talking about meaningful gun solutions, Larry Wilmore said Monday night on "The Nightly Show."

"After a tragic school shooting in Oregon, Donald Trump says that mass shootings are inevitable," Wilmore said in the teaser. "Well, they certainly are when you refuse to pass gun control laws. Trump also says America should arm school teachers to prevent mass shootings. Here's an idea. Let's not elect a guy who's getting his policy ideas from the movie Kindergarten Cop."

Wilmore walked the audience through the ways in which both America and the media avoids talking about guns in the wake of a tragedy. It's a five step process that we follow every single time a mass shooting occurs.

This happens when the media exhausts audiences with statistics and a barrage of figures about the overwhelming cases of gun violence in America, but then ... nothing. "You make us feel like we're about to have that conversation. Are we going to talk about guns? No, we're just talking about numbers. That's exhausting. So, you give us exhaustion and excitement at the same time, hence the term: exhaustment."

Wilmore says this is when you mix a shift into a switcharoo. Like when you start talking about gun violence, but then shift into talking about mental illness then switch the 2nd Amendment with the 1st Amendment. He showed the clip of Ben Carson saying that gun control doesn't make sense because crazies aren't buying guns legally anyway. Except that the Oregon shooter's mother bought all of her guns legally and was actually stockpiling an arsenal out of fear the government was going to take her guns. Then he contrasted it with the Huckabee interview saying messing with the 2nd Amendment is just as absurd as messing with the 1st Amendment. "Then everyone's like what the fuuuuuuuuuck?" And we're confused.

This occurs when President Obama stands up in the press room and once again talks about senseless acts at the end of a barrel. Then Fox News and the GOP then go into freakout mode and shit all over everything the President just said. "Because there's nothing wrong if when there's a problem, you talk about that f*cking problem!" Wilmore said confused by the absurdity. "A conversation about guns includes guns. A conversation about Putin includes Putin. You don't have to be a toastmaster to know these rules of conversational engagement."

What happens when Fox News loses it's mind and says something horrible? Wilmore says your jaw drops because of what they just said, which prevents you from having a conversation about guns because you're so horrified and disgusted by it. But it doesn't just end with the media, we also have to hear from a presidential candidate. That's when Wilmore brought up Jeb Bush's "stuff happens" and asked if Bush was talking about guns or opening up a t-shirt stand at the beach. Finally, "this is how the door on the conversation is shut," Wilmore said. This is when people argue that it is disrespectful to the victims to talk about solutions because it is too soon after the shooting. "Why do we need to talk about this now? It just happened! Can't we just talk about this later?" Wilmore mocked. "Look, all I know is that we never have this conversation and if we keep thinking it's too soon we'll stay in a constant state of too late."

Check out the full segment here: