My breast cancer was not a gift, and my experience of it was anything but pink.

Since my cancer, I feel everything more — but my breasts stillI feel as if they belong to another person. 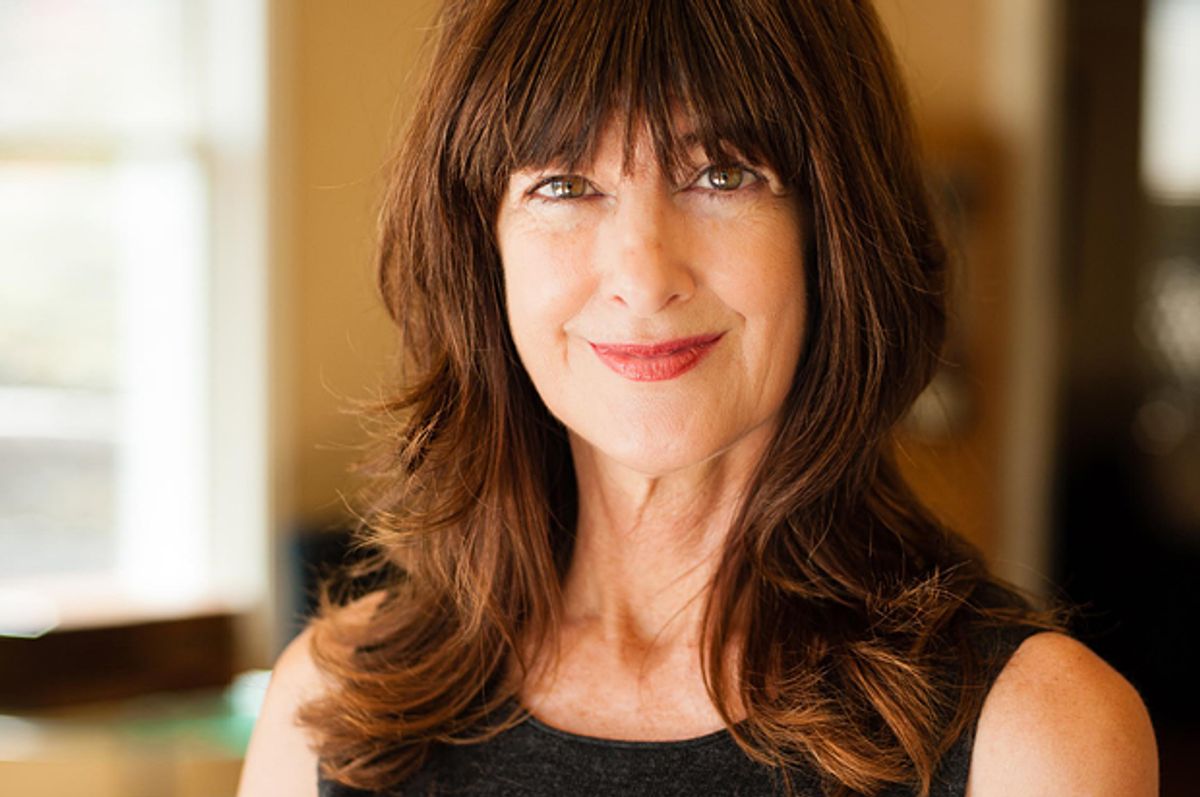 I am sitting in my doctor’s office, wondering why this woman who is generally so straightforward won’t say the word that is booming inside my head. The word that is “cancer,” and is the thing that has taken root inside my left breast. The word I’ve been afraid of since my mother died of it, when she was three years older than I am in this moment.

Instead, my doctor keeps saying the phrase “irregular cells.” Repeating it as she draws uneven circles on her prescription pad, filling them in with a black pen. She is saying other things as well, but I am too distracted to hear them. Distracted by that booming word, and the cold, panicky feeling that my skin is peeling away from my body, and a great desire that in the next few seconds I will wake and this will have been a very bad dream.

But what happens in the next few seconds is that my doctor asks if I have any questions, and though I don’t believe I do, I hear myself asking if she can give me something. Which I realize is a vague request. But it appears I am not the first to ask this, because she has already torn off the page with the blackened circles, and is writing me a prescription for thirty Xanax.

I go home and tell the man I am in a relationship with about my irregular cells. I force myself to say the word my doctor would not, but it leaves a taste in my mouth I will later try to erase by brushing my teeth.

It’s a Friday afternoon, and I cannot bear to spend the weekend in the fog-shrouded city. I convince the man I am in a relationship with to take me away. North, to the Napa Valley. And though this man has spent the past hour assuring me that my cancer is different from my mother’s, that in three years, I will still be alive, I understand how worried he is for me when he agrees to this weekend, because he doesn’t like to drink wine and would never willingly spend the money on the overpriced bed and breakfast I have booked for us.

We are in the car, driving through a landscape of vineyards, when a woman from the overpriced bed and breakfast phones to say they are oversold and that they’ve moved us to another property, one they are certain we will enjoy just as much. I really liked the overpriced bed and breakfast I booked for us — and I have cancer — and so I do something I have never done before. I tell the woman on the phone to google my name, knowing that when she does, she will find it linked to more than a dozen travel stories. Ten minutes later, the woman calls back to say she has made a mistake and our original reservation will be waiting. When we arrive, we are shown to a much nicer room than the one I booked, and I do not feel at all guilty.

I spend the weekend in a haze of Xanax and alcohol. Every time I feel it lifting, I swallow another peach-colored pill. In the nice room at the overpriced bed and breakfast, I do not let the man I am in a relationship with touch my left breast. I won’t even touch it. I am pretending it is not part of my body, pretending it belongs to someone else. That other person who has cancer.

In the time between the surgery to remove the lump in my left breast and learning what kind of cancer I have — the good kind, which means only radiation, or the bad kind, which means both radiation and chemotherapy — I travel to the East Coast for my father’s 80th birthday. The news that his daughter has breast cancer cannot be the 80th birthday present my father is hoping for, and for two days, I tell him nothing. Then, I tell him everything. Because if what I have is the bad kind of cancer, it will be much harder to explain on the phone.

My father asks questions about the diagnosis, the news I am waiting to hear. And it’s this — the two of us talking in the humidity of his screened-in porch, so like every other visit — that makes me believe I have not brought him such a terrible birthday present after all.

Some days later though, as we’re coming home from dinner, as my father pulls the car into his driveway, my surgeon calls from San Francisco. Your cancer, she tells me. It’s the good kind. When I can breathe, I relay this information to my father, and step out into the night. I am nearly to the door of my father’s house when I realize he isn’t behind me. He is still sitting in the dark car, his hands on the steering wheel.

There is a disagreement between the surgeon who removed the cancer from my breast and the doctor who tested it. The surgeon is certain she has gotten all of the cancer out of my body. The doctor believes that beneath the already fading scar near my breastbone are more of the irregular cells I now imagine as the blackened circles the first doctor drew on her prescription pad. Since I cannot live with this uncertainty, I undergo a mastectomy and reconstructive surgery.

I am ten days out from this procedure and the man I am in a relationship with has driven me to Walgreens to pick up a tube of Aquaphor ointment. I could have sent him on this errand, but I have been confined to the house for most of those ten days, and even a trip to Walgreens feels like an outing. I am about to pay, when the little screen under the electronic pen informs me with a cheerful pin ribbon that it is Breast Cancer Awareness month.

I have four, thin tubes running under the skin of my chest, each attached to a plastic grenade-shaped bulb. Three times a day, I must detach these bulbs and drain them of a yellowish fluid. Twice a day, I have to remove the bandages from my nipples — which are so scabbed over, I can barely stand to look at them — so that I can dab them with the ointment I have come here to buy. I am not allowed to sleep on my side, lift my arms above my head, or carry anything heavier than five pounds. And though most of this will be over in a month, once you are diagnosed with breast cancer, you can never be entirely certain you’ve beaten it until you die of something else.

My pen hovers over the screen with the pink ribbon — pink, a color reserved for little girls — and I have the urge to turn to the line of people waiting behind me to pay for their toilet paper, and their Advil, and their melatonin, and unzip my sweatshirt to show them the half-filled bulbs pinned to its fleece lining, pull down the elasticized bandeau squeezing my chest and force these strangers to look at the smile-shaped scars that cup my reconstructed breasts. Smiles that spit thick, black threads of stitches. Because it is after all, Breast Cancer Awareness Month.

Instead, I sign my name next to the pink ribbon, pressing harder than is necessary on the electronic screen and leave with my tube of Aquaphor ointment. I barely leave my house until it is November.

I am three years out from my diagnosis — the age my mother was when she died. Every time I get a headache, a pain somewhere I don’t expect, I believe it is my cancer coming back to claim me. I am no longer in a relationship with the man I was when I was diagnosed, and in the two years since it has been over, I have not been with anyone new. Reconstructed breasts look very much like real breasts, but not exactly like them. And telling someone about your cancer, showing them a part of your body that has been taken apart and put back together requires an entirely different level of intimacy.

My new breasts are strange even to me. They are three cup sizes larger than the breasts I had before cancer. One cup size larger than what I asked the plastic surgeon to give me. Everyone — even doctors — believe women want bigger breasts. These new breasts are entirely without feeling. Touching them is like the dead finger game I played at childhood slumber parties, pressing my hand against that of a friend and running my thumb and forefinger along the matched-up digits for the shivering sensation of the numbness of another’s flesh. Except in this instance, there is no equivalent of taking my own hand back. No matter how many times I run my fingers over my new breasts, it’s as if they belong to another person.

There are people who say having cancer is a gift. I would not be one of them. I would say having cancer broke apart something in me. Or perhaps, broke it open. Since my cancer, I feel everything more. Love, sadness, fear, joy. Because once time no longer felt endless, maintaining the barrier that kept me from being vulnerable began to seem like a waste of time.

I spend some part of each day being afraid. But I also spend some part being grateful. It’s both a terrifying and a gratifying way to live, and not one that can be neatly tied with a pink ribbon.