Carrie Brownstein's surprising moment of rebellion: "When my dad came out, my instinct was that I needed to husband-up and get married" 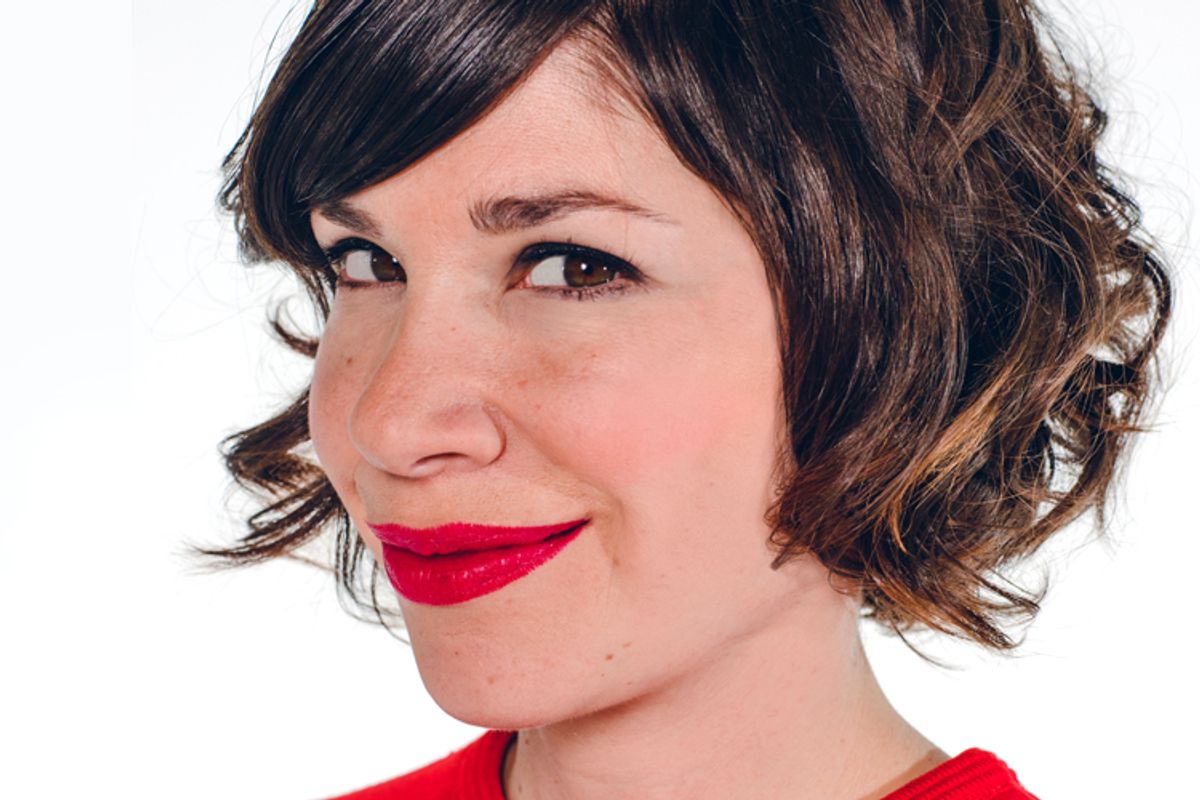 The alternative-rock stars of the 1980s – Michael Stipe, Morrissey, Bob Mould – were coy and evasive about their sexuality, for years and even decades; Mozz only really came out in his ‘50s, long after the Smiths had broken up. Carrie Brownstein, by contrast, spoke candidly about her bisexuality during Sleater-Kinney’s early days. By the ’90s, of course, Anglo-American attitudes about sexuality had relaxed a bit, especially in the bohemian fringes of indie rock. In any case, Brownstein has come across as boldly unconventional for a long time.

So it’s fascinating to read the New Yorker’s excerpt from Brownstein’s new memoir, “Hunger Makes Me a Modern Girl,” and to notice a couple things. First, her writing talents are not limited to the sketches she puts together for “Portlandia” or the songs she co-wrote with Sleater-Kinney: She’s an incredible observer, with a gift for phrases and imagery and making sense of memory. (That’s what all memoirists want to do, of course, but it doesn’t always work.) Second, this indie rocker who’s seemed to be open and comfortable with her own sexuality for a long time was decidedly thrown when her father came out to her in 1998. It doesn’t make her seem like a hypocrite, but shows how complex family life is, especially for Gen Xers who inherited what seemed like a solid set of myth and structures that would prove to be unstable or illusory as life went on.

Brownstein, born in 1974, grew up in Redmond, Washington, a town near Seattle that would be seriously remade by Microsoft and the larger tech boom. Her mother was a stay-at-home mom until she divorced Brownstein’s father, a corporate lawyer. Brownstein grew up with her dad, who she describes this way:

He was the assistant coach of my soccer team, and the head coach of my sister’s. He ran marathons. He mowed the lawn. He was always working on something called a sump pump in the crawl space. He was slight and handsome, dark-eyed, wide-eyed, wide-nostrilled, looking curious and confounded, boyish. He was stern yet timid, a disciplinarian with no follow-through, self-conscious, not prone to affection, undemonstrative… My father was hard to know, and gave little indication that there was much to know. He claimed he remembered almost nothing about his childhood.

By the time he opened up to her, Sleater-Kinney had hit its stride and her dad was living in an apartment in Seattle. He broke the news in a way she describes as passive – “like he was just a sidekick in his own life, a shadow” – and told her how he’d found his way out of what had been compulsory straightness through Internet chat rooms.

Brownstein concedes she was immediately disoriented, though not as radically as her sister or grandmother. “My father had been the constant, the territory, and now I felt like he was rescinding,” she writes. “There was no longer a placeholder. I would have to discover him anew.”

And given that Brownstein was at that point a symbol of indie bohemianism, rock feminism, and the fluidity of gender and sexuality, her return to the idea of “normality” is positively shocking. She writes:

We want our parents to be the norm from which we deviate. So when my dad came out, my instinct was that I needed to husband-up and get married. As if my family wasn’t freaky enough. Me: adrift. My sister: unmarried. My mom: ? And now my dad. Who would fly the flag of normality? My sister bore this burden more heavily than I did. But I immediately felt like I should be popping out kids within a few years of my dad realizing he was gay. Let our parents be anorexic and gay! That shit is for teenagers. My sister and I would be the adults. We would be conventional, conservative even.

Brownstein admits that this confused protest by her “contrarian, reactionary self” persisted for all of ten minutes. It still shows what a complex woman and nuanced writer she is. I’ll have to leave making sense of all this family dynamic stuff to the sociologists and psychologists. But it’s not hard to predict that Brownstein's book will go beyond the usual rock-star victory-lap and turn out to be one of the wisest and most poignant memoirs in quite a while.