WATCH: "I'm not resisting!": The brutal arrest of a black teen for using an ATM while black

Teenagers put in violent arm lock by D.C. cops for crime if being too close to an ATM machine 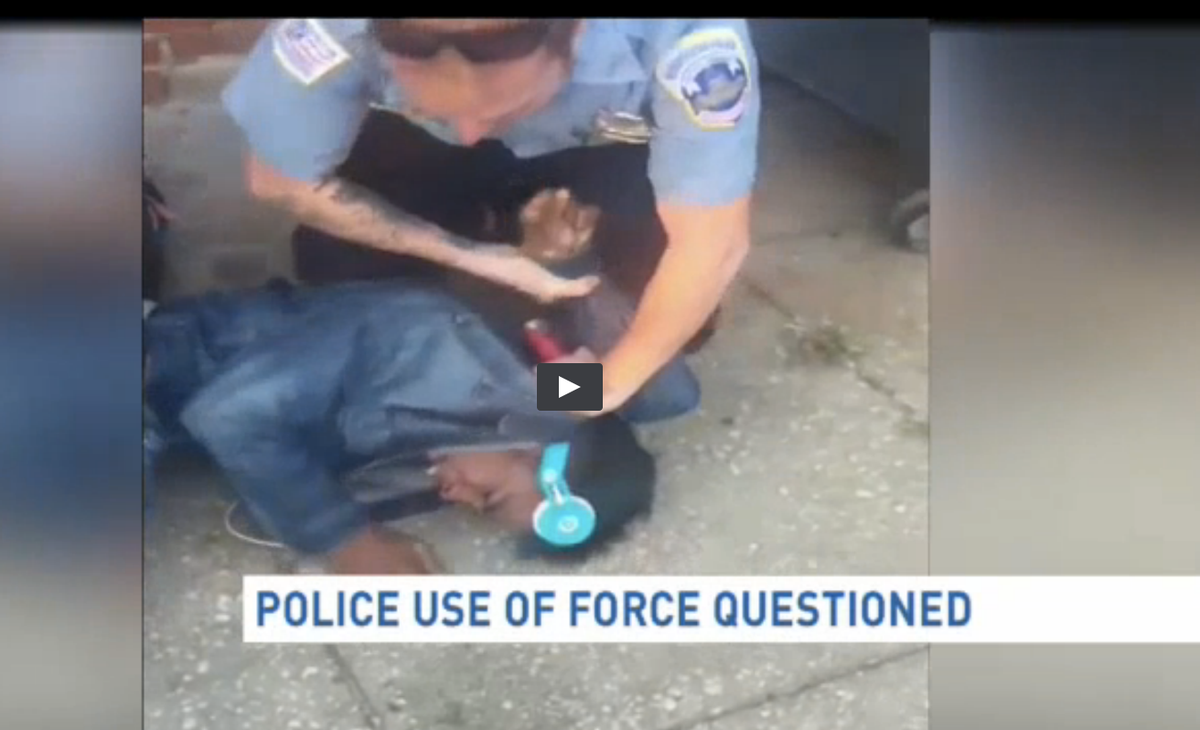 “I’m not resisting,” says a black teenager while being brutally handcuffed.

A 30-second bystander-shot video going viral shows a black teenager squealing in pain as a D.C. police officer, assisted by another, puts him in a behind-the-back arm lock on the ground in order to handcuff him.

The officers, both white, were responding to a call about suspicious behavior near an ATM machine. But as they approached the teenager on the pretext that he fit the one of provided descriptions, he ran. They chased and caught up with him a few blocks later.

“Stop resisting, and put your hands behind your back,” the officer said, twisting the teenager’s left arm and forcing it in an unnatural posture. “I’m not resisting. I’m not resisting,” the teenager, his upturned turquoise headphones still on, replies between wails. The teenager and the video shooter were both taken in custody, but later released.

Several demonstrators allegedly blocked traffic for an hour in protest over the police’s brutal handling of the teenager.

Today we we're harassed and assaulted because " someone felt uncomfortable around us " in a bank . RETWEET ‼️ pic.twitter.com/E2XZaOgJgM