Not that demolishing works of purported history with 2 1/2 page long bibliographies is that difficult, mind you 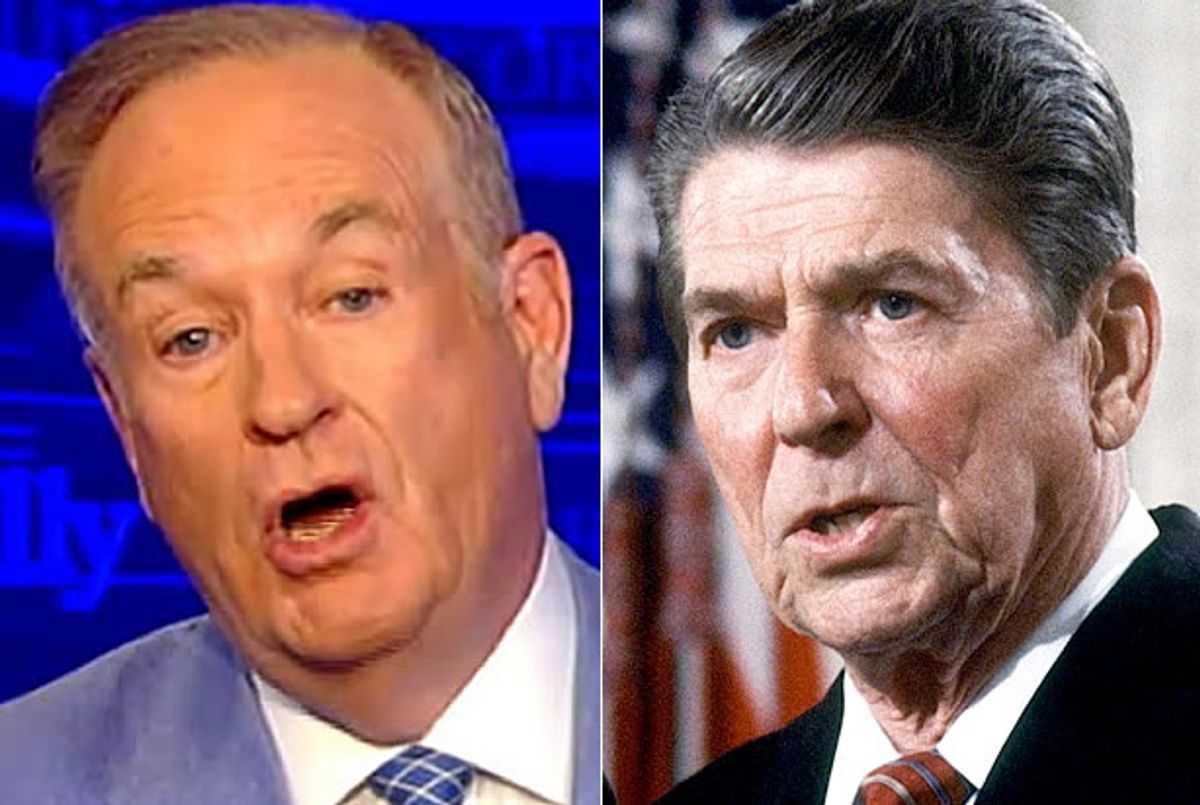 Shockingly, Bill O'Reilly and Martin Dugard's new book, "Killing Reagan," is about as well-researched as an undergraduate essay written by a lackluster performer with his nose pressed firmly against a deadline.

According to four scholars consulted by the Washington Post -- who have, between them, written 19 books on the former president -- O'Reilly's latest "killing" is a source-bereft mockery of an historical account, with a two-and-a-half page long bibliography comprised of "long-questionable works."

According to these scholars, O'Reilly's book peddles in characterizations of Reagan "as the doodling old fool who spent too much time sleeping at Cabinet meetings and watching old movies," which recent scholarship has "put to rest." It also discusses, at length, Reagan's early promiscuity, which despite O'Reilly's assurance consisted of "double-sourced" accounts that are "all in the back of the book," are neither double-sourced nor in the back of the book.

"The book itself does not make the source clear," the scholars wrote. "This kind of shocking material must be clearly sourced."

Watch a video outlining these errors below via the Washington Post.