"No matter where I'm from, I like to get my facts straight," the student replied 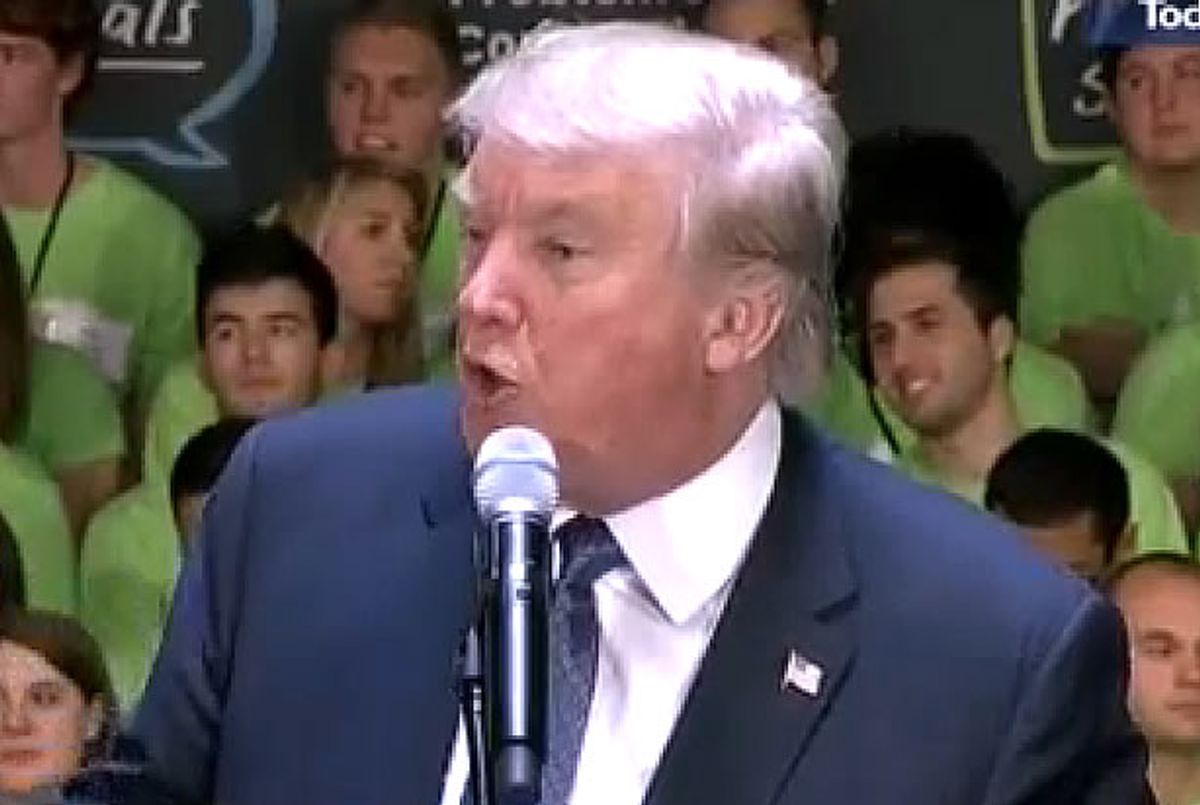 Earlier this week, Donald Trump fielded a question about South Korea from an Asian-American college student in New Hampshire and assumed -- as you do, or actually, as he does -- that student wouldn't have asked the question if he weren't himself from South Korea.

The student, Joseph Choe, wanted to ask Trump about a statement he'd made earlier this summer about South Korea's economy depending on an American military presence.

"Basically, you said that South Korea takes advantage of the United States in terms of the defense spending on the Korean peninsula," Choe reminded him. "You said that they don't have to pay anything. However, I just want to get the facts straight and say that -- "

At that point Trump cut him off and demanded to know, "Are you from South Korea?" The question is inappropriate enough in and of itself -- try and imagine a candidate asking someone with red hair if they were from Ireland and you can't, because it's so beyond the pale -- but what makes it even more galling is that Trump thought his question pertinent, because it betrays his belief that everyone's as self-interested as he is.

Choe replied, for the record, that he's not South Korean. "I was born in Texas, raised in Colorado," he told the GOP front-runner.

Trump literally attempted to shrug off his racist question and its self-interested assumptions as Choe continued to school him. "No matter where I'm from, I like to get my facts straight, and I wanted to tell you that that's not true" that South Korea contributes nothing to its national defense.

Watch the entire discussion below via CSPAN.