He's right to criticize Chomsky's solipsistic view of foreign policy, but this might not be the best way to do it 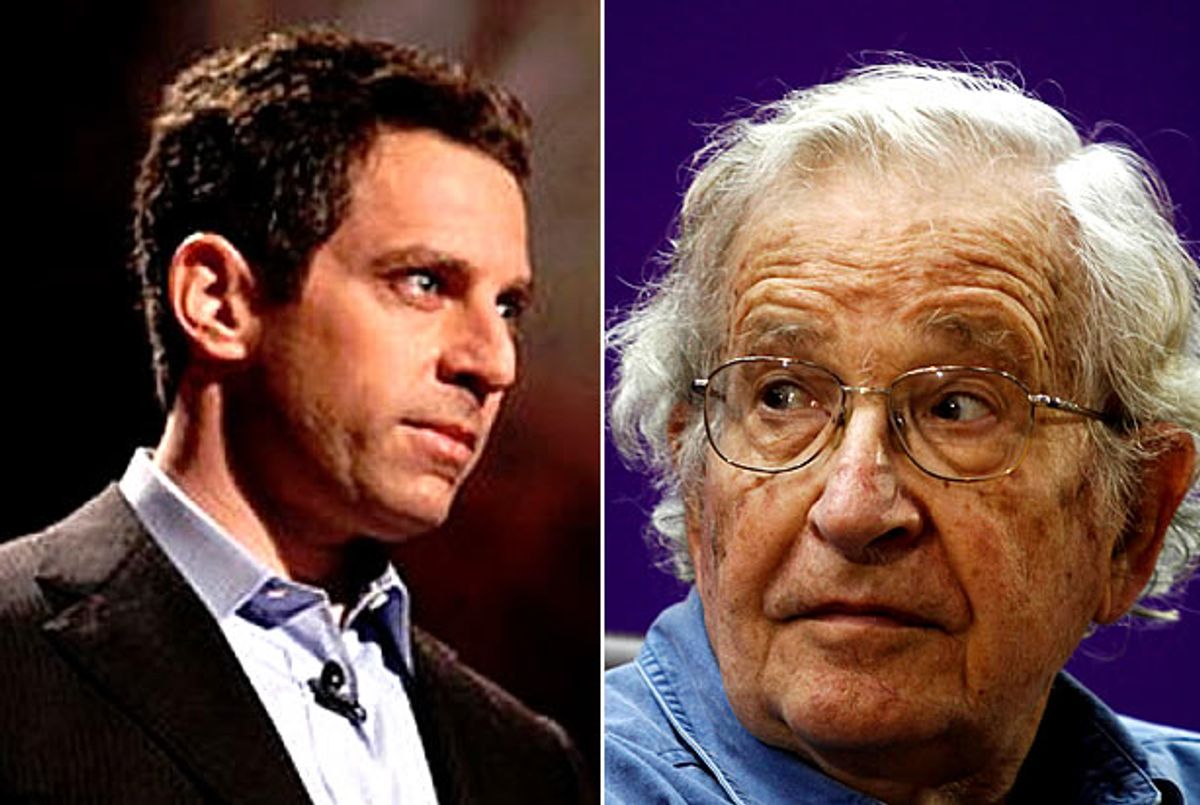 Sam Harris and Maajid Nawaz appeared on "The Last Word with Lawrence O'Donnell" Thursday night to promote their new book, "Islam and the Future of Tolerance: A Dialogue," but it didn't take long for Harris to reignite his recent feud with Noam Chomsky.

By most accounts, Harris wasn't the resounding victor in the published email exchange with the esteemed linguist, but that didn't stop him from slagging Chomsky and those who believe in the pernicious effect of American policy on the world at large.

According to Harris, they are merely "liberals who followed Noam Chomsky off the edge of the world, and believe that everything that is happening in the Muslim world is the result of US foreign policy, [and that] there are no monsters in the world apart from ourselves and those we made." While he is correct to criticize the solipsism inherent in many of Chomsky's argument -- the world will fall apart on its own just fine, after all -- exonerating America of all responsibility for the current crises in the Middle East is just as fallacious a position. (Which, polemics aside, Harris no doubt knows.)

Nawaz -- who served a 5-year prison sentence in Egypt for plotting against Hosni Mubarak while a self-professed Islamic extremist -- said that link between Islam and violence has "something to do with Islamic connection between belief and action, ones interpretation of scripture to what one believes one must do."