The leading man vows to negotiate equal pay with his female co-stars. More professionals should follow his example 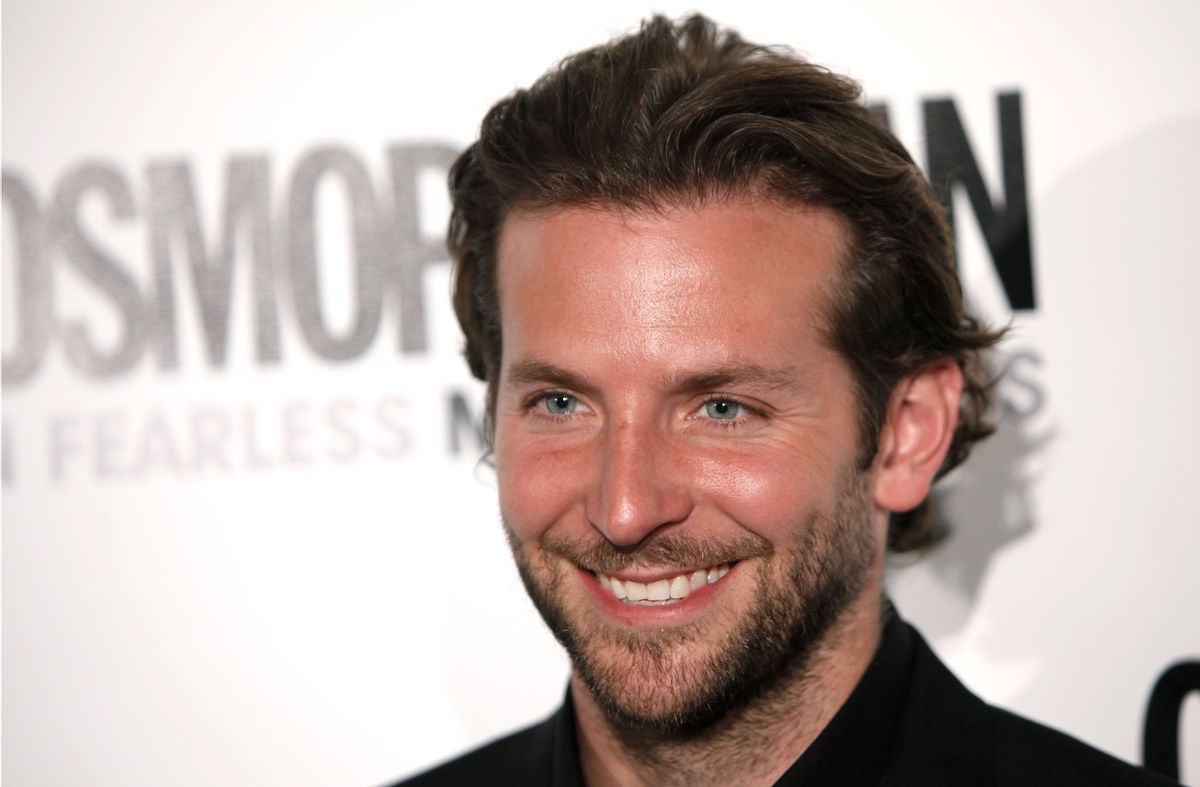 In a recent op-ed for Lena Dunham’s Lenny Letter, actress Jennifer Lawrence joined an increasingly long list of actresses calling out the gender pay gap inHollywood—including Jessica Chastain, Meryl Streep, and Oscar-winner Patricia Arquette. Lawrence discusses the difficulty that many women face when it comes to negotiating their salaries. Whereas men who fight for their paychecks are commended for being “fierce” and “tactical,” the Hunger Games star confesses that she has been worried about coming across as a “spoiled brat.”

While many of Jennifer Lawrence’s peers have commended her for speaking up, her frequent co-star, Bradley Cooper, has vowed to go further—by working with his female co-stars to negotiate equal pay. Cooper told Reuters, “Usually you don’t talk about the financial stuff, you have people. But you know what? It’s time to start doing that.” Bradley Cooper is right—and more men, not just A-listers, need to follow his lead in working to close the pay gap. If men continue to profit from a system that pays women 78 cents for every dollar a man makes, they need to use their power to leverage for equality in the workplace.

More from The Daily Dot: "This creepy video puzzle contains threatening messages, and nobody knows who made it"

During the Sony email hacks, it was revealed that Lawrence and her American Hustle co-star, Amy Adams, earned less than their male castmates. But for many actresses, even that oft-cited 78 cents-ratio is generous. Two years ago, Jessica Chastain became the first woman in 50 years to boast the top two movies at the box office—with Mama and Zero Dark Thirty, for which the Juilliard graduate was nominated for her second Oscar. However, when it came time to sign her paycheck for The Martian, Chastain learned that she would be earning 20 times less than Matt Damon, the film’s male lead.

While Hollywood’s salary woes have made frequent headlines, the film industry is hardly the only sector to struggle with gender equality. A report from the American Association of University Women reported that the pay gap has closed considerably since 1974, when women earned just 59 percent of what their male co-workers earned. However, these divides continue to persist in the workplace—and they are even worse for women of color. If the average American woman earns $39,621 per year (as opposed to $50,383 for women), black women take home $33,772, while Latinas earn just $29,791.

In Silicon Valley, these gender gaps are even more profound. According to a 2015 report, “men with bachelor’s degrees bring in almost $35,000 more than women with the same education.” The problem only gets worse as women climb the education ladder—as men with Master’s degreesoutearn their female counterparts by a staggering 73 percent. Across the industry, BigThink’s Pamela Haag reports that women earn 49 cents for every dollar that male Silicon Valley employees make—just over 60 percent of the national average.

And overall, hiring initiatives lag behind for women in tech, who only make up 30 percent of most major companies, with white women making up the vast majority of those employed. If research shows that minorities in tech make less than their white colleagues, this phenomenon will doubly impact women of color—if they’re even hired at all.

More from The Daily Dot: "Joshua Cohen wrote a novel about the Internet reading over his shoulder"

In an essay for LeanIn.org, Facebook COO Sheryl Sandberg argues that “we need to have an open and honest conversation about the biases that suppress women’s pay,” but women in Silicon Valley are already doing that—and they have been for years. The problem is that too few men are willing to stand alongside them. If Sandberg is speaking out about the pay gap, where is her boss—Mark Zuckerberg—in helping to lead that discussion at his company? Although Zuckerberg hasvowed to earn $1 annually as compensation, a) he’s already worth $29 billion and b) that’s still very different for being an outspoken advocate for gender equality.

While Zuckerberg has the ability to use his institutional power to change tech industry norms, men don’t have to be the CEO of a major company to impact the conversation. As Jennifer Lawrence points out, women are treated as hostile or aggressive when they voice their concerns or opinions in the workplace, and part of that is because male co-workers and bosses are unwilling to listen to their suggestions or very real concerns. She writes:

A few weeks ago at work, I spoke my mind and gave my opinion in a clear and no-bullshit way; no aggression, just blunt. The man I was working with (actually, he was working for me) said, “Whoa! We’re all on the same team here!” As if I was yelling at him. … All I hear and see all day are men speaking their opinions, and I give mine in the same exact manner, and you would have thought I had said something offensive.

Such treatment has a way of silencing women or making them feel as if they are being unreasonable. According to Linda Babcock and Sara Laschever, the authors of Women Don’t Ask, many women are socially conditioned to likewise keep quiet about how much they make. According to Babcock and Laschever, “2.5 times more women than men said they feel ‘a great deal of apprehension’ about negotiating.” Whereas men commonly describe the act of negotiation as a “winning a ballgame” or “like a wrestling match,” women liken it to “going to the dentist.”

Babcock and Laschever argue that this means women initiate negotiations less frequently than their male counterparts and often take less, if they negotiate at all. Many women fear being fired from their jobs for even attempting to negotiate their salary—because that is too often the case. According to the New Yorker, a professor applying for a job in the Nazareth College philosophy department had her offer rescinded for requesting a “slightly higher salary than the starting offer, paid maternity leave for one semester, a pre-tenure sabbatical, a cap on the number of new classes that she would teach each semester, and a deferred starting date.”

More from The Daily Dot: "Which YouTube and Vine stars are most popular on Wattpad?"

As the New Yorker’s Maria Konnikova points out, women’s lack of negotiating is, thus, not always a matter of being “shy.” If you lack the box office clout of someone like Lawrence, you may find yourself unemployed entirely. This is why it’s so important for male colleagues to ensure that women are not punished for demanding equality: because otherwise, women may feel that they simply cannot afford to risk their career for a “slightly bigger paycheck.” Men can do so not only by encouraging women’s voices and standing in solidarity with female co-workers, but by being honest about how this system has, for too long, benefitted men at the expense of women’s silence.

Because if you think earning 20 times less than a man sucks, try not having a job at all.