So much for job creator. Surviving staffers' paychecks are slashed by 40 percent 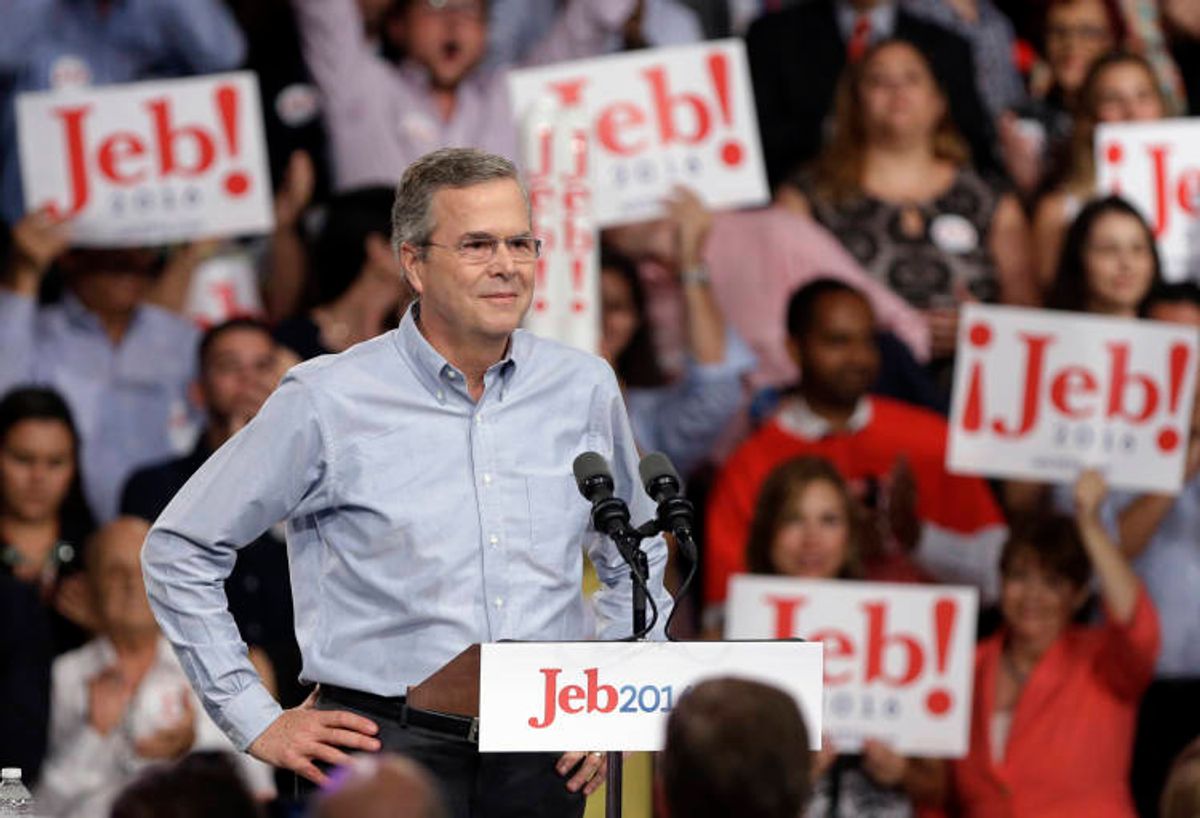 In this photo taken K=June 15, 2015, former Florida Gov. Jeb Bush stands on the stage before announcing his bid for the Republican presidential nomination, at Miami Dade College in Miami. In his first Spanish-language television network interview since launching his 2016 presidential campaign, Republican presidential candidate Jeb Bush fielded a wide range of questions, from the upcoming GOP debate to Donald Trump, from Latin American foreign policy to his taste in music, and whether he had ever experienced discrimination. (AP Photo/Lynne Sladky) (AP)
--

Jeb Bush's campaign finds itself in such deep trouble that the former Florida governor and erstwhile frontrunner just announced that he was cutting the size of his campaign staff at his Miami headquarters by half and slashing the pay of his remaining staff by 40 percent in a last ditch attempt to save his flailing campaign.

Bloomberg first reported on the news, confirming days of speculation about an impending, drastic shift. Bush announced last week that his third-quarter fund-raising was $13.4 million with $10 million on hand and he's seen no positive shift in his lagging polling.

In what Politico described as a "a wholesale restructuring" of his struggling campaign, Jeb is firing some senior campaign staffers, doing away with a number of consultants and slashing his remaining's staff salaries by 40 percent in an effort to safe $1 million dollars a month by cutting his total campaign spending by 45 percent (TV ads and mailers excluded).

"We are making changes today to ensure Jeb is best positioned to win the nomination and general election," campaign spokesperson Kristy Campbell told the Washington Post. In a memo that went out to staffers, Jeb's campaign explained that they "are unapologetic about adjusting our game plan to meet the evolving dynamics of this race to ensure that outcome."

But as Politico points out, Jeb's move really comes at the behest of worried donors. "[A]fter last week's FEC report, donors demanded major changes, not just belt-tightening around the margins."

Luckily, it's not all bad for Jeb HQ staffers in Miami. According to at least one report, the campaign has offered fired staffers new positions in the early voting states of New Hampshire, Iowa and South Carolina -- granted, for a lot less pay.

Jeb's announced job cuts have already pleased at least one donor. "I particularly appreciate that this strategy shift was quick, strategic and bold. As a donor, I am thrilled to see the campaign focus the lion's share of resources on voter contact and this will redirect energy to early states," one Jeb bundler told Reuters.