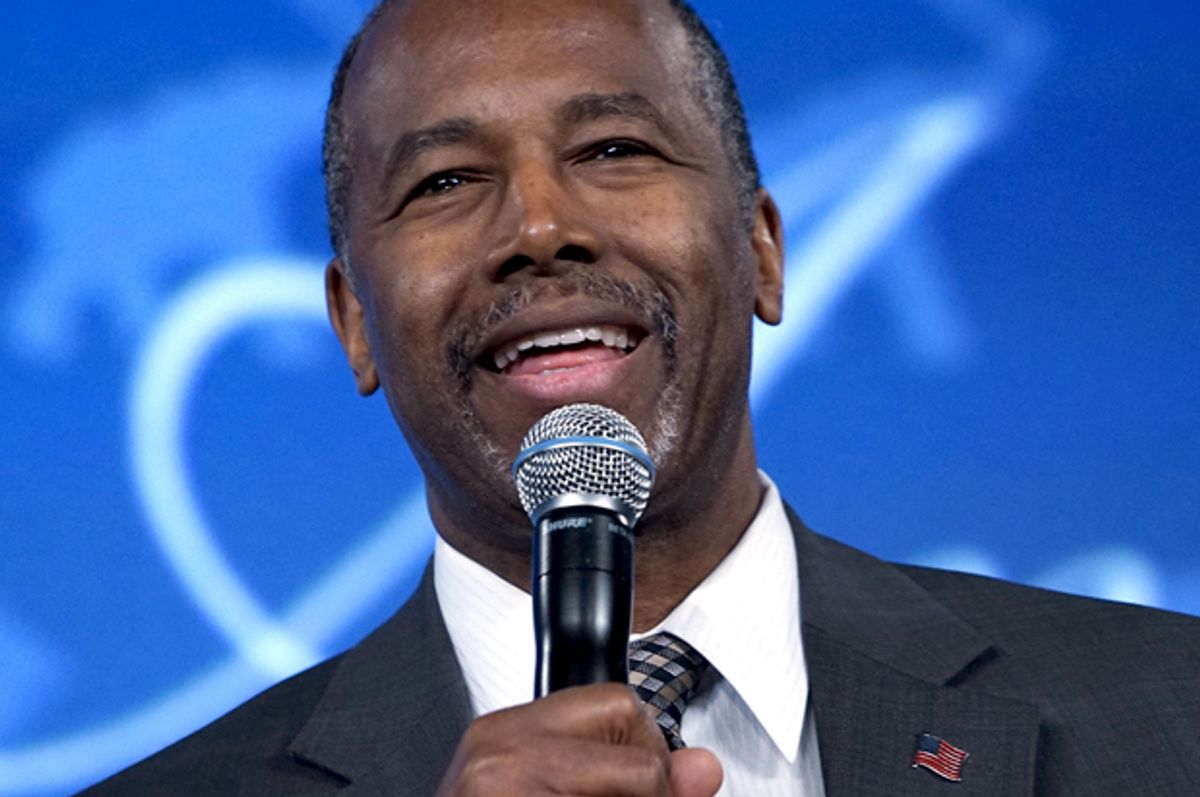 Another day and another poll showing Ben Carson as the top choice of Iowa Republicans.

A new Bloomberg Politics/Des Moines Register poll shows that Carson has surged past Donald Trump to lead the crowded Republican field as the top choice of 28 percent of Iowa Republicans -- 9 percentage points ahead of Trump. Carson's support has jumped 10 points since the last Iowa Poll in August, while Trump's has fallen 4 points.

But more notable than Trump's fall is why Carson is rising. The retired neurosurgeon, whose campaign can sometimes be mistaken for a book tour or pro-Christian social media stunt, has recently found himself in the middle of a series of national controversies for inaccurate or insensitive remarks, yet his poll numbers in the crucial state continue to climb.

The ridiculous statement that Obamacare is worse than slavery is one of Carson's oldies but goodies and a faithful comment detractors often bring up to discredit the seriousness of the political novice.

However, in Iowa -- at least with Republicans in the Hawkeye state -- there is nothing ridiculous about that comparison at all.

57 percent of Iowa Republicans said they found Carson's comparison of Obamacare to slavery "very attractive," with another 24 percent finding it "mostly attractive."

His historical inaccurate statement following the Oregon community college shooting that Hitler might not have been as successful if the Jews had been armed is supported by 77 percent of Iowa Republicans.

73 percent support Carson's call for a religious test for office excluding a Muslim from the presidency.

According to Bloomberg, these are "likely Republican caucus participants," including Evangelical Christians who make up 42 percent of participants in the poll.

The poll also asked Iowa Republicans how they felt about Carson's past research on tissue from aborted fetuses and 48 percent of respondents were turned off by that fact while another 21 percent indicated they were not sure.