Our real charter school nightmare: The new war on public schools and teachers

Our kids deserve strong schools and great teachers under local control. That's what the charter fight is all about 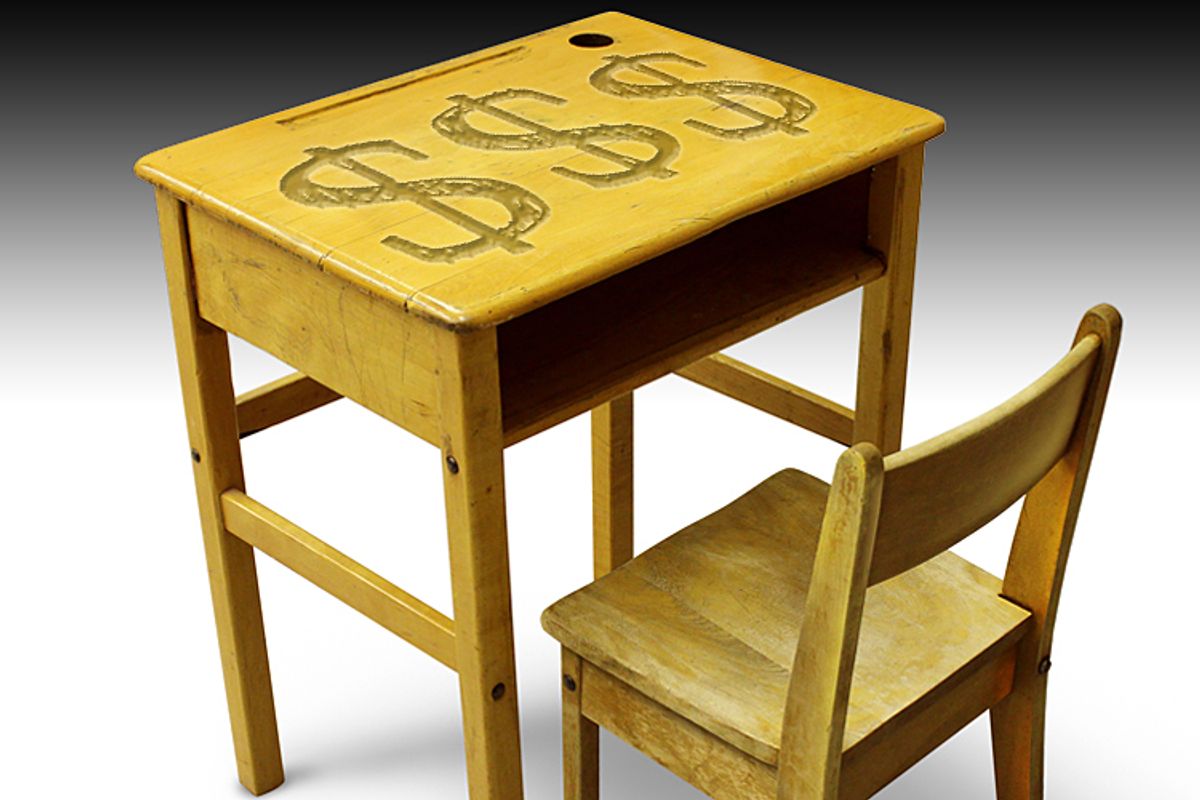 Peter Cunningham, who previously served as Arne Duncan's assistant secretary for communications, is a very charming fellow. When he left the administration, he returned to Chicago. The Eli and Edythe Broad Foundation invited him to start a blog defending "reformers" who advocate for charter schools, high-stakes testing, teacher evaluation based on student test scores, and the rest of the Race to the Top agenda. The blog, called "Education Post," received $12 million from several billionaires, including the Broad Foundation, the Michael R. Bloomberg Foundation, the Walton Family Foundation, and an anonymous donor.

Peter just wrote a column that puzzled me. It appeared on Huffington Post. He says that teachers' unions should embrace "reform" if they want public education to survive. I was puzzled because the major thrust of "reform" as currently defined is to privatize as many schools as possible and to eliminate teachers' unions.

"America's teachers unions probably will not put reform leaders like Newark's Chris Cerf, Philadelphia's William Hite, D.C's Kaya Henderson, or Denver's Tom Boasberg at the top of their Christmas card mailing list. But they should, because no one is working harder to improve and preserve traditional, unionized, district-run schools.

"Yes, these and other reform superintendents support creating new, high-quality schools, including public charters, and giving all parents the power to choose the right schools for their children. But they and their leadership teams are most deeply committed to investing in and strengthening the existing district-run schools. No one wants these schools to work for kids more than these district leaders."

Cunningham attributes opposition to charters solely to unions trying to protect their membership and their revenue. Why should unions feel threatened by privately managed charters? As Cunningham notes, 93% of charters are non-union. Cunningham thinks that everyone who opposes turning public tax revenues over to private operators has the sinister motive of protecting the unions. He even says that pro-public education bloggers are merely union fronts. Whether they are teachers, academics, or journalists, Cunningham can't see any reason for them to question charters other than their allegiance to the unions. Unlike those who post on Cunningham's "Education Post," pro-public education bloggers are not paid for expressing their views.

"Charter critics claim that charters pull resources and higher achieving students away from traditional public schools, but, in a poll conducted by Education Post, 65 percent of parents rejected this argument. Instead, they agreed that public charters offer high quality options to parents who have been traditionally denied the power of school choice.

"Teacher unions, who need unionized teachers and dues in order to exist, are fighting desperately to convince parents to stay with the traditional, district-run schools. But rather than appealing to parents on the strength of the education that traditional schools offer, their strategy primarily focuses on limiting funding for charters, capping their growth or organizing their teachers to join a union.

"At the same time, teacher unions have mobilized teacher bloggers, academics, pseudo-journalists and various non-profit organizations to ignore or smear the great work of high-performing charters. They rail against the small percentage that aren't serving kids well and that reform leaders agree should be, well, reformed."

What you learn from reading Cunningham's article is how little he understands about the role of public education in a democracy. He doesn't know that public schools are central, traditional, and beloved public institutions in most communities. Does he not know that every national poll shows that parents think well of their own local public school?

Why would Cunningham cite a poll in the conservative journal Education Next to rebut charges that charter schools skim the students they want and that charters draw funding away from public schools? These issues are questions of fact, not of public opinion.

How can he not know that many high-performing charters screen out the students with the greatest needs? Was he unaware of the federal GAO report criticizing charters for their small numbers of students with disabilities? Was he unaware of lawsuits filed on behalf of students with disabilities who were excluded from charter schools? How can he not know that charters in some communities, like Chester-Upland in Pennsylvania, are bankrupting the local public schools? How can he not be upset by the avaricious behavior of for-profit charters? Does he not know that the NCAA stripped accreditation from two dozen virtual charter schools because of their low quality? How can he not be outraged by the terrible education offered by virtual charters? How can he overlook the actions of charter operators in Ohio, Florida, Michigan, and other states, where charters are known for their lack of accountability and their poor performance?

I am a critic of charters. I wasn't always opposed to charters. In 1998, I testified for a charter law before the New York legislature. I thought that charters would enroll the neediest students, the ones who dropped out or were about to drop out. I thought they would share what they learned with the local public schools. I thought this collaboration would help students and strengthen public education.

I grew up in Texas at a time when there was a dual school system. In 1954, the U.S. Supreme Court ruled that a dual school system was unconstitutional. It seems that "reformers" today want to re-establish a dual school system: one composed of charters that are free of most state regulations and free to write their own admission rules and discipline rules; this system has the financial support of billionaire hedge fund managers and philanthropists, as well as the U.S. Department of Education. The other system is the public schools, which are bound by law to accept all students, to abide by district, state, and judicial rules governing discipline, and--usually--due process for educators. So charter schools are free to choose their students and avoid regulations.

Does Peter Cunningham know that no high-performing nation in the world has privately managed charter or vouchers? They have strong, well-resourced, equitable public school systems. Privatization favors the haves and disadvantages the have-nots. It increases segregation and inequity.

That's why so many people oppose privatization. Not because they are controlled by the teachers' unions, but because they sincerely believe that public services should not be privatized but should remain under public, democratic control.