The perfect "attack" ad to take down Ben Carson: "If Donald Trump says he's going to stab someone, he does it" 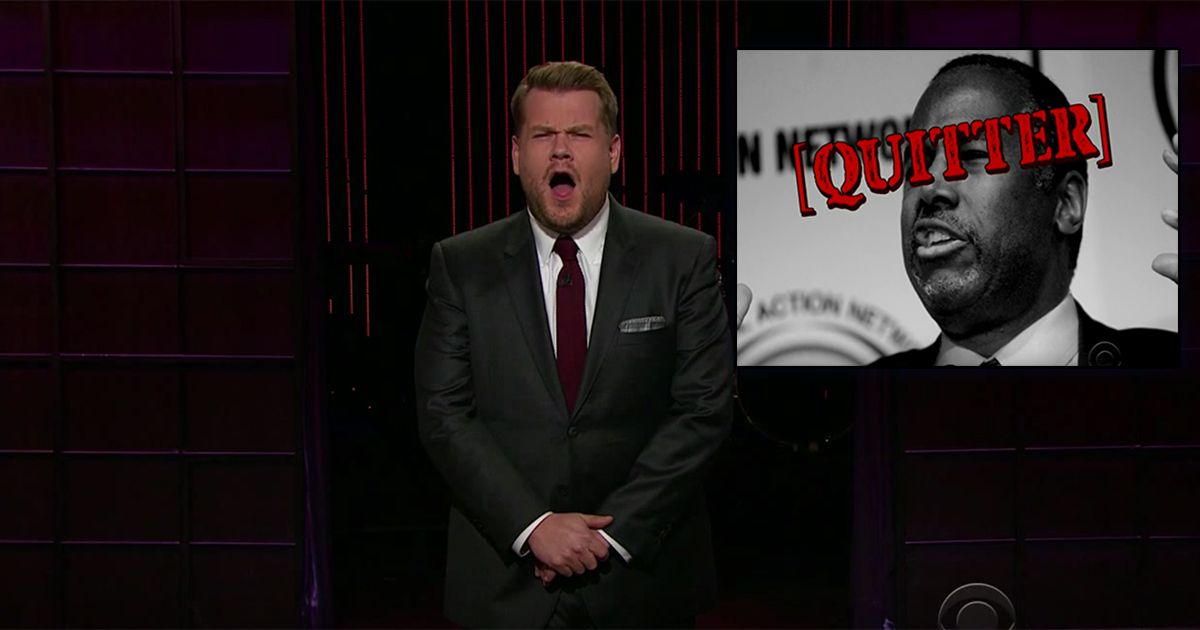 Holy cats, y'all! James Corden just reminded us all that it crunch time in the race for President. It is now two weeks before, one year before the election. This is huge. That is surely not enough time to run through the rest of the jokes the world has about Donald Trump. It makes it all the more courageous that comedian James Corden spent some time to mock non-Trump candidate Ben Carson on "The Late Late Show" Monday night.

Trump might think that Ben Carson is "low energy," but Carson wants people to know that it isn't true. He's far from low energy, in fact he's so full of energy he once tried to stab someone.

"I have plenty of energy. But, you know, I am soft-spoken. I do have a tendency to be relaxed. I wasn’t always like that. There was a time when I was, you know, very volatile," Carson said, a fog of reminiscence falling like his drooping eyelids. "But, you know, I changed."

Carson went on to explain that he would attack people with rocks, bricks, baseball bats and hammers when he was a youngster. When he was 14-years-old he nearly stabbed a friend during a fight over a radio. A sad fact that would have livened up the next GOP debate considerably.

James Corden says this is just one more example of candidates trying to reinvent themselves. Jeb Bush's comment about the "hot" Supergirl is basically your new step-dad trying to connect with you. If these candidates aren't careful it's entirely possible to throw the Earth off of its axis with the collective eye-rolling. But Carson's attempts to appear edgy went too far.

"Ben Carson tried to kill one of his friends with a camping knife, but sure, let's keep talking about whether Hillary Clinton used Yahoo or Gmail," Corden said, aghast.

Some candidates attack people with words, but not Ben Carson, and James Corden has the perfect attack ad to showcase this latest news: