"Health care is like a pair of gym shorts. Even if it covers nearly all, you’re still left with problematic gaps" 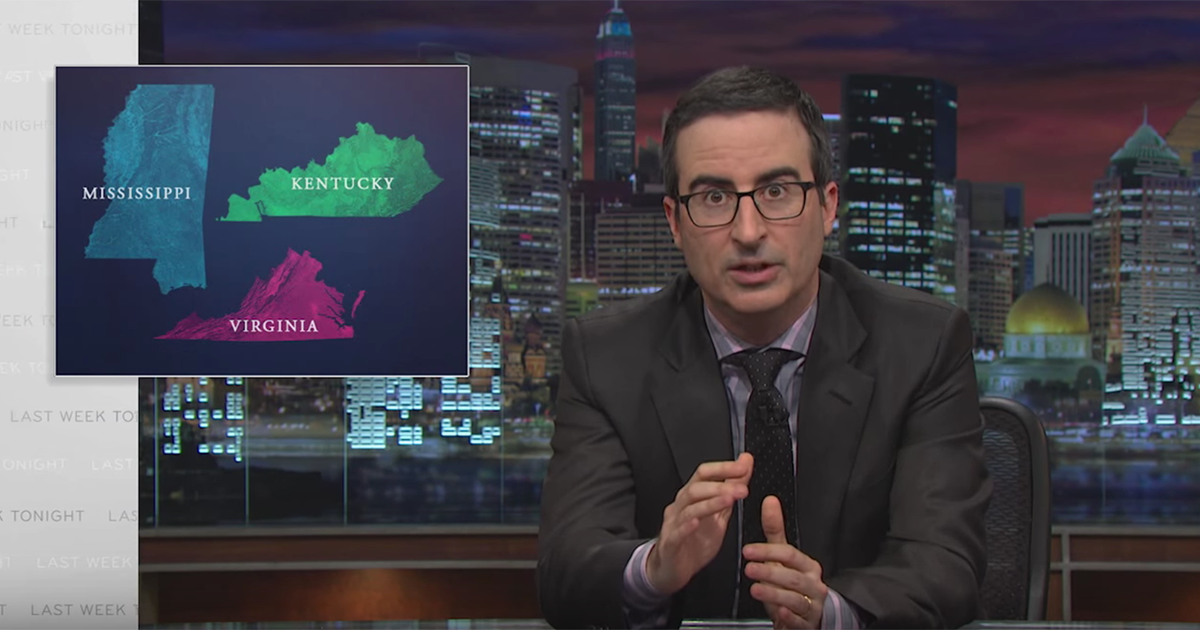 The election might be a year away, but there are several elections in states across the country that are happening tomorrow that John Oliver wants Americans to look at. On Sunday's "Last Week Tonight," Oliver discussed the gubernatorial and legislative elections happening in Kentucky, New Jersey, Virginia and Mississippi.

When the U.S. Supreme Court upheld "nearly all" of Obamacare in their 2012 decision, that wasn't entirely enough. "Health care is like a pair of gym shorts -- even if it covers nearly all it is supposed to, you’re still left with some problematic gaps and terrible things can happen," Oliver explained.

The way states have worked to fix some of those gaps has been to expand Medicaid coverage so for very little money to the states, health insurance is paid for by Medicaid giving the poorest citizens what they need. The SCOTUS struck down the part of the law that would require states to expand Medicaid and 20 states have opted to refuse. Meaning, Tuesday's election could result in treatment or die. In the case of one Texas woman who can't afford treatment for colon cancer, she also can't afford health insurance under Obamacare. But because the state refuses to expand Medicaid, she falls into this terrible middle area that lacks coverage.

In at least four states with Republican governors, however, Medicaid was expanded. As Ohio Gov. John Kasich explained, you can hate Obamacare and still want to bring Ohio tax dollars back to the state "to cover the mentally ill, the drug addicted and help the working poor get health insurance." If only he could explain that to the other 20 states who are refusing to expand out of spite. "All he did was see a dump truck full of money backing into his driveway and just not say stop," Oliver explained.

Tuesday's election determines whether Mississippi, Kentucky and Virginia expand Medicaid or not, and that will decide whether people stuck in that middle space of making just above poverty wages can have access to health care or not. People will literally die based on the decision voters make on Tuesday. If we don't expand Medicaid in these states to help people, the only real winner is basically a pangolin.

You'll understand if you watch the video below: