Tom Cruise’s nightmare Scientology wedding: Leah Remini opens up about her "reprogramming" after the Cruise-Holmes nuptials 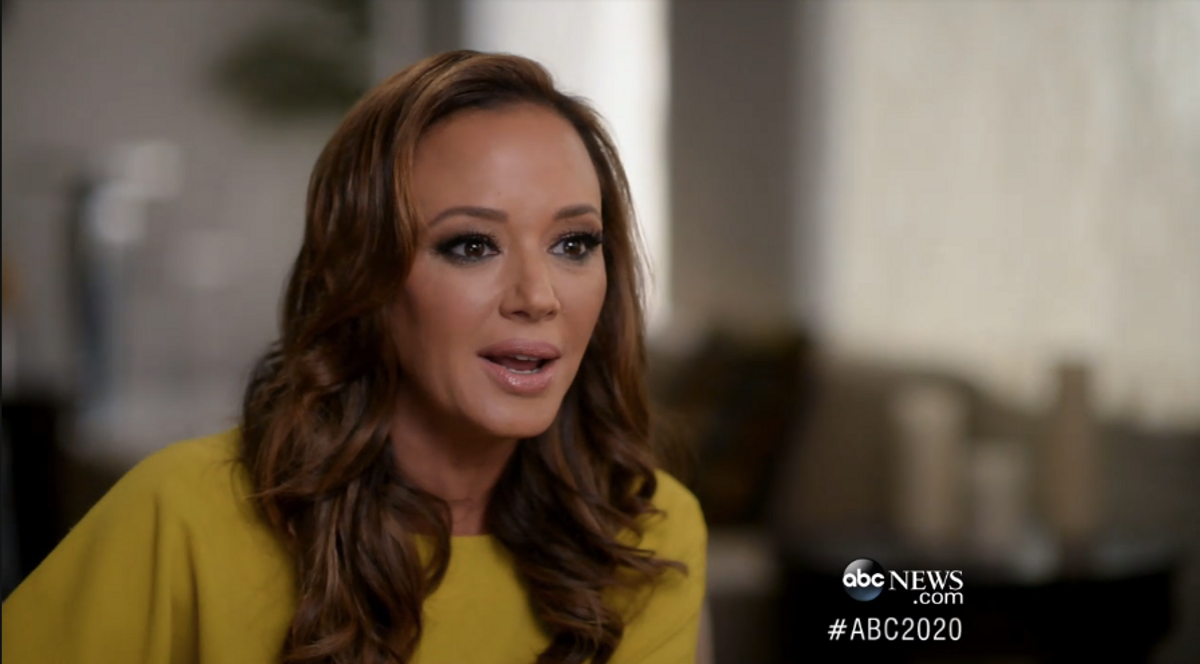 In a revealing interview with "20/20," "King of Queens" star Leah Remini opened up about her break with Scientology in 2013, explaining that part of her decision to leave the Church grew out of her discomfort with the attention that the organization lavished on its star member Tom Cruise, who she felt was embrarassing the Church with his frequent public antics.

"I was saying that I didn't think he was becoming of Scientologists, jumping on couches, and attacking Matt Lauer, to attacking Brooke Shields,” she explained. "What the hell is this guy doing? We need to rein it in. We need to stop all this. And he just needs to be an actor."

Remini details a story of church officials inviting her Tom Cruise’s home one night to teach him salsa dancing. When she got there, Cruise and his new girlfriend Katie Holmes were making out, and Remini joked that they ought to “get a fricking room.” Church officials then filed a “knowledge report” (basically an official complaint) about Remini, which the actress was forced to deal with in auditing sessions.

As she explains, she was “immediately dealt with” after the “incident," with the Church implying that “'the only reason you’re saying these things is because you have your own transgressions.'”

“You immediately become guilty,” she added. “Being critical of Tom Ccuise is being critical of Scientology itself. You are a person who is anti the aims and goals of scientology, you are evil.”

Remini says that she became increasingly dismayed by attention heaped on Cruise. Her discomfort reached its peak during Tom Cruise and Katie Holmes’ wedding, in which the Church repeatedly tried to separate her from her close friend Jennifer Lopez.

“They were trying to extract me,” says Remini. “I could only assume because they wanted to make Jennifer a Scientologist, maybe I was barring that road for them.”

Remini also expressed concern that Church leader David Miscavige was there without his wife Shelly (who has all but disappeared from the public eye since 2007), which led Remini to file a wide-ranging knowledge report about various wedding guests. She did so, "20/20" explains, because she was still hoping to save Scientology from the individuals she felt were destroying the organization from within: Tom Cruise and Scientology head honcho David Miscavige.

A Scientology spokesperson, unsurprisingly, dismissed all Remini’s claims as “ridiculous and stupid."

Remini explained that Katie Holmes and a number of other guests also filed "knowledge reports” about her behavior at the wedding, which lead Remini to be sent to the Scientology headquarters at Clearwater to undergo "reprogramming" for "three or four months, from nine in the morning until ten at night.” In a statement to "20/20," Holmes apologized, saying "I regret having upset Leah in the past and wish her only the best in the future.”

Fighting off tears, Remini expressed her gratitude towards Holmes.

“It makes me emotional because at that time that Katie and this particular crew were writing reports it caused me a lot of time and pain and my family being reprogrammed,” she explains. “At the time I was fighting with her for lack of a better word within the Church and now I know really what she was going through. At the time I was thinking of myself and my family and what we were going through and although painful I had no idea she was going through probably a lot more.”

“Seeing her and Suri out there in the world and her being able to be with her daughter and live her life, I’m touched by it,” continues Remini, who says she left the Church in part to free her own 11-year-old daughter from its clutches. “I’m touched by it because I now know she did what she did, leaving in the way she did because she had to protect her daughter which in a way connects us.”