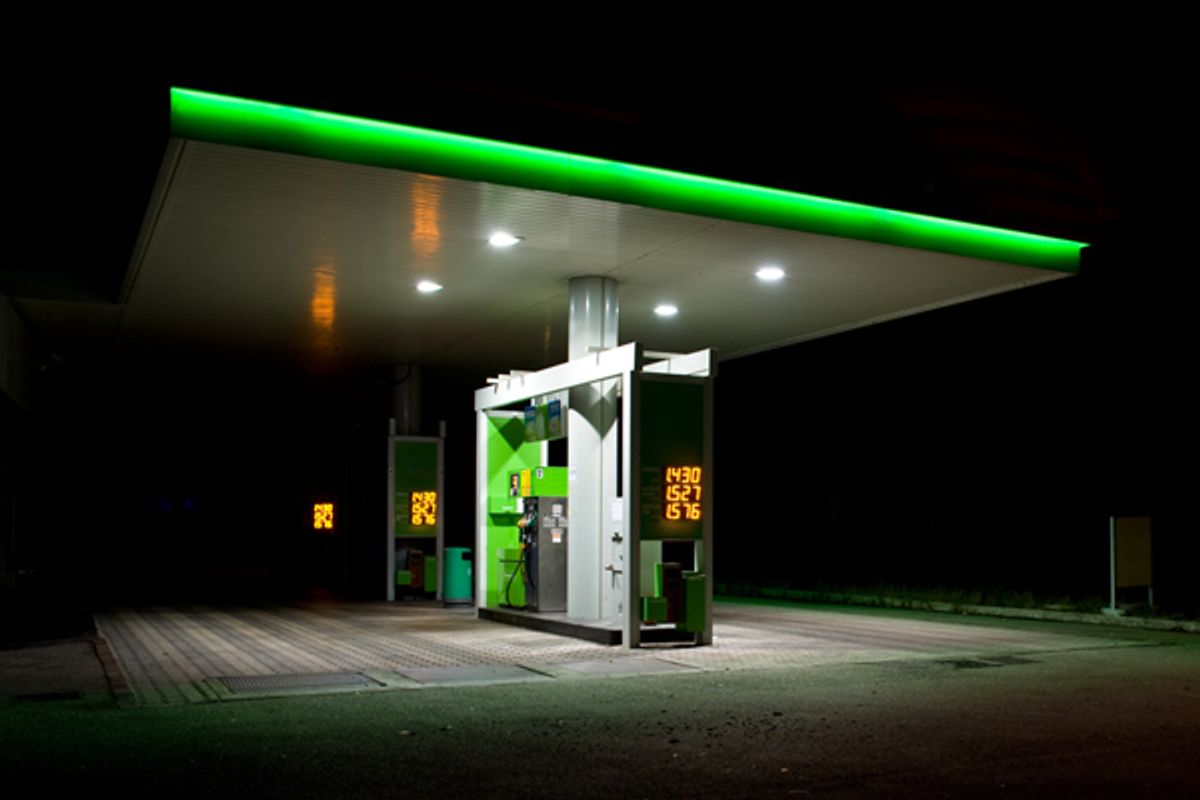 The Department of Defense blew millions of tax dollars on a gas station -- a very, very expensive gas station.

A compressed natural gas automobile filling station in South Asia typically costs between $200,000 and $500,000 to build. The U.S. Task Force for Business and Stability Operations (TFBSO), however, spent more than $43 million constructing one in Sheberghan, Afghanistan.

In a new report, the Special Inspector General for Afghanistan Reconstruction (SIGAR) called the project "an exorbitant cost to U.S. taxpayers." "Even considering security costs associated with construction and operation in Afghanistan, this level of expenditure appears gratuitous and extreme," added SIGAR, which noted that its investigation "was hindered by DOD's lack of cooperation."

The U.S. government said the goal of building the gas station was "to take advantage of Afghanistan's domestic natural gas reserves." Afghanistan has enormous gas deposits. Fossil fuel corporations like Exxon have been keen to get access to these resources, while the country remains under U.S. military occupation.

The original $3 million contract to build the gas station was granted to a little-known construction company called Central Asian Engineering. The corporation's office did not respond to Salon's request for comment.

How exactly this original $3 million contract exploded into $43 million is unclear. The military doesn't even know. "One of the most troubling aspects of this project is that the Department of Defense claims that it is unable to provide an explanation for the high cost of the project or to answer any other questions concerning its planning, implementation, or outcome" SIGAR indicated.

Moreover, a Department of Defense official said the office "no longer possess[ed] the personnel expertise to address these questions or to assess properly the TFBSO information and documentation." SIGAR said it found "it both shocking and incredible that DOD asserts that it no longer has any knowledge about TFBSO, an $800 million program that reported directly to the Office of the Secretary of Defense and only shut down a little over six months ago."

In mid October, the Obama administration announced that it would be expanding the U.S. military presence in Afghanistan, breaking its promise to end the occupation for a second time.

Days later, Congress agreed on a new federal budget: While cutting Medicare and Social Security, it voted to increase military spending. The previous year, the Obama administration signed a bill that cut almost $9 billion in food stamps. While citizens' livelihoods and healthcare are on the chopping block, cutting military spending is rarely on the table.

The millions of tax dollars poured down the drain in military expenses often end up in the pockets of private military contractors, fueling the military-industrial complex.