Donald Trump on escalating his feud with John Oliver: "I don't like to let things die"

Oliver's show may be "very boring and low rated," but Trump's clearly annoyed he wasn't allowed on it 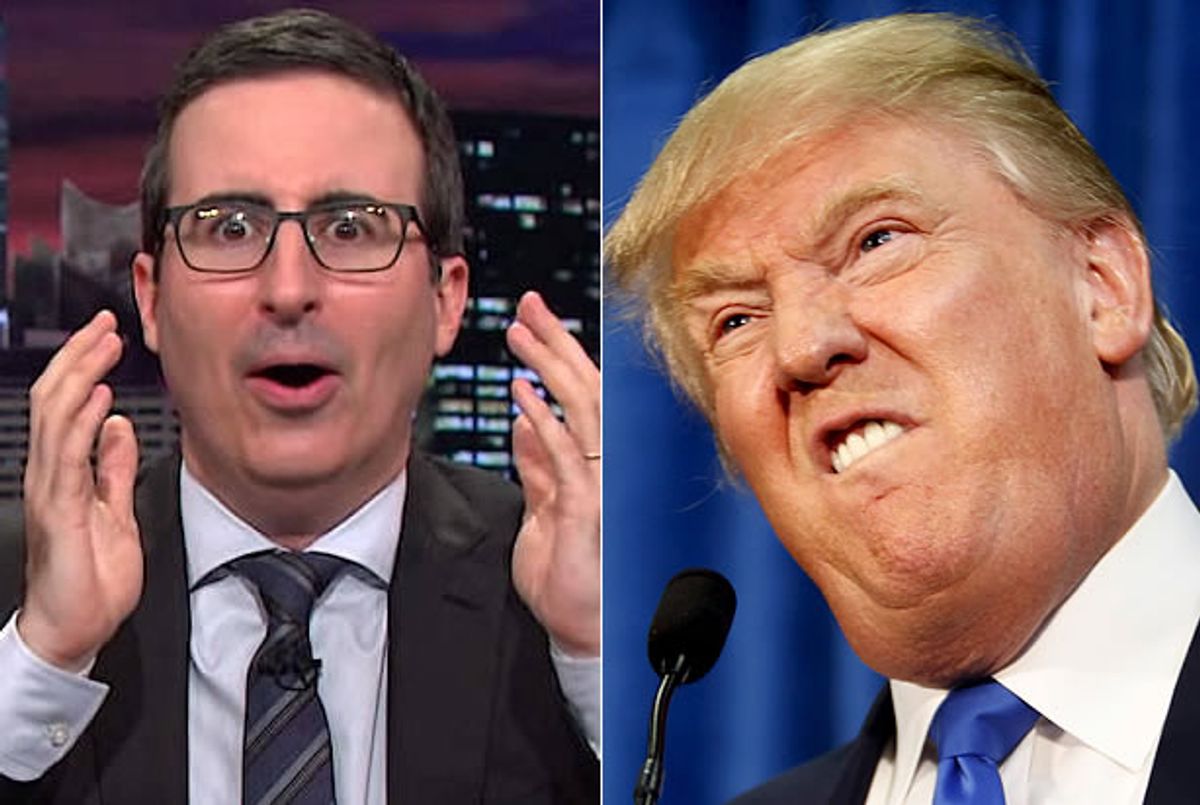 It's difficult to know what to make of the allegedly jilted Donald Trump, given that John Oliver denied he was ever invited to appear on "Last Week," but the GOP hopeful apparently believes that publicly turning down the non-invitation to be on Oliver's "very boring and low rated show" is a winning strategy, so he's doubling down on it.

In a phoned-in appearance on Colin Cowherd's "The Herd" on Monday, Trump claimed that "he hardly even knows who [John Oliver] is, I don't even know what he looks like." He said Oliver's representatives asked him "four or five times" to be on the show, but "no disrespect, I was just too busy."

But Trump became annoyed when he learned that Oliver was actively denying having ever invited him to appear. "I say, 'Hey, look, you asked me to be on the show, I said no.' Then he goes out and he goes, 'I wouldn't want him on the show.' Well, that's just a lie." Trump is apparently unaware that Oliver's show doesn't adhere to a late-night format and that he doesn't actually have guests, but that's neither here nor there, because as Trump said, "I don't like to let things die," so this show must go on.

As for potential vice presidential candidates, Trump told Cowherd that he'd only consider "a percentage of them, but not all of them -- I'm not impressed with all them." He did concede, however, that "you have some very smart people up there," though he didn't say who, noting only that "I like a few of them a lot."

He did, however, describe in fulsome detail the kind of person who should be the next president -- someone very much like much-loathed New England Patriots' quarterback Tom Brady. "We need very strong people because our country is being taken away like candy from a baby," he said. "It's like candy from a baby. That's what's happening to our country. We need strong people. We need the Tom Brady of negotiators."

Watch the entire conversation below via Fox Sports.