Stop pretending right-wing Christians are being persecuted. They're the ones who just overturned LGBT equality in Houston

Think there's a war on Christianity? When was the last time Christians' equal rights were put up to a public vote? 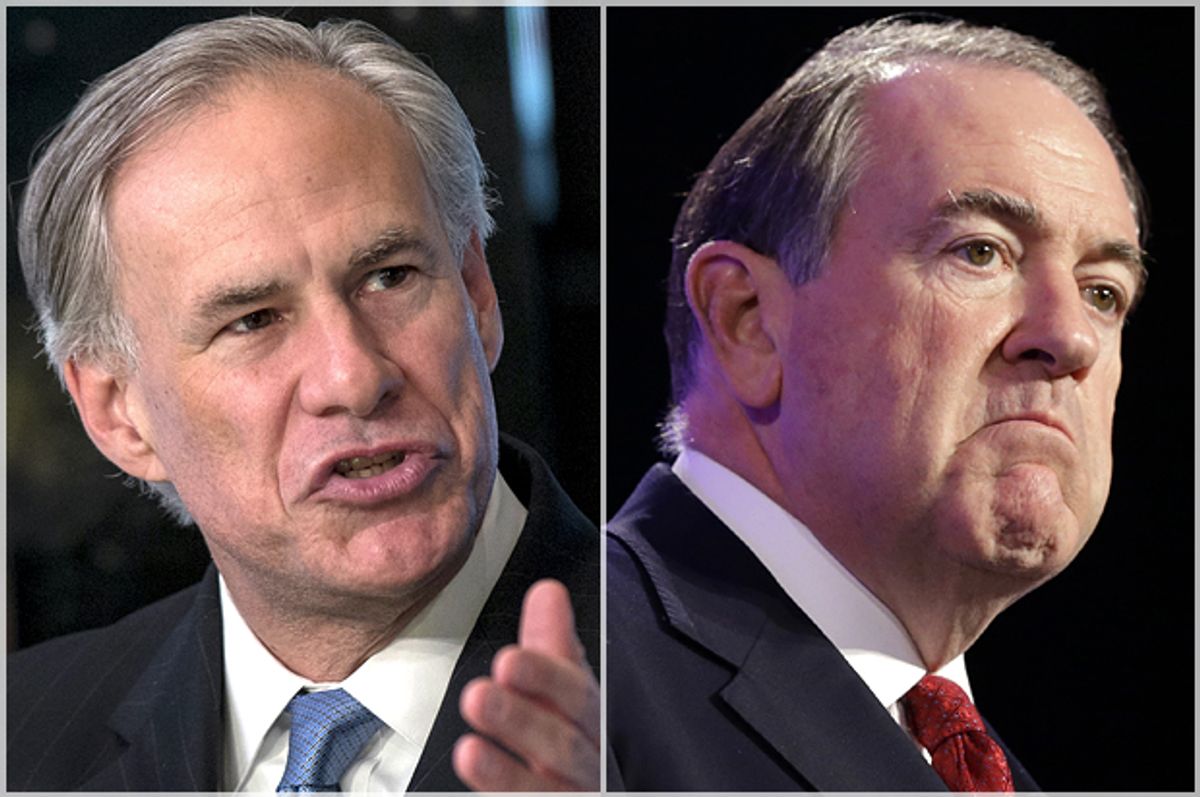 The LGBT movement suffered a demoralizing defeat yesterday in Houston, TX. A non-discrimination ordinance, known as the Houston Equal Rights Ordinance, or HERO, was overturned by referendum following a months-long battle between LGBT rights activists and Christian conservatives.

The ordinance was initially approved by the Houston City Council in May 2014, but a backlash from the religious right resulted in a lawsuit that brought the measure before the Texas Supreme Court. In July, the city of Houston was ordered to either repeal the ordinance or put it on the ballot.

Opponents of the ordinance turned Houston into ground zero in the culture war. For primarily religious reasons, they’re denying equal protections to a group of people whose basic humanity (and rights) they refuse to acknowledge. Conservatives complain constantly about a “war on Christianity,” and yet laws like this in no way prevent Christians from being Christian; they simply guarantee equal rights to all people in the public space, which is what life in a secular republic requires.

LGBT Americans have been the preferred target of culture warriors for years now. Conservatives like Ted Cruz and Bobby Jindal have consistently capitalized on anti-gay sentiment among the Christian right. Jindal, for example, has explicitly used the “war on Christianity” myth to attack LGBT equality in Louisiana, which he pretends is a merely a defense of “religious liberty.”

HERO would have made it illegal for businesses that serve the public to discriminate on the basis of several characteristics, including race, religion, gender identity and sexual orientation. But the opposition to this bill focused almost exclusively on the protections HERO offered gay and transgender people.

There’s no doubt about it: Fear-mongering triumphed in Houston. Christian conservatives invoked religious liberty in their protests, as they always do, but this was all about anti-LGBT sentiment. As the Texas Tribune reported, “opponents successfully attacked the measure with arguments about bathrooms. Dubbing it ‘the bathroom ordinance,’ they argued the ordinance’s gender identity protection would allow sexual predators to enter women’s bathrooms.” Outside conservative groups also helped bankroll television ads depicting “a young girl being followed into a bathroom stall by a mysterious older man.” Sounds scary, right?

Dan Patrick, a Tea Party favorite and the current lieutenant governor of Texas, said, “The voters clearly understand that this proposition was never about equality – that is already the law. It was about allowing men to enter women’s restrooms and locker rooms – defying common sense and common decency.”

“Houston voters do not want men in their women’s bathrooms,” said Rev. Dave Welch, the executive director of the Houston Area Pastors’ Council. “It’s an invasion of privacy, an invasion of a safe space for women and girls.”

The notion that passing a non-discrimination ordinance would allow “any man at any time” to enter a women’s bathroom “simply by claiming to be a woman that day” is absurd. This presupposes that there’s an army of sex offenders out there just waiting for the right non-discrimination law to pass before they illegally enter a bathroom. Anyone willing to do this isn’t being deterred by the absence of non-discrimination laws.

This also isn’t a serious concern, as no state or locality with gender identity protections has reported a single instance of sexual assault stemming from those protections.

But this isn’t really about men in women’s bathrooms – that’s a conspicuously creepy image used for propaganda purposes. It’s revealing that the debate in Houston centered on women’s bathrooms and not, for example, on the need to protect the gay and transgender community. And that’s because the opponents of this law don’t recognize the identity, and therefore the rights, of LGBT people.

Ed Young, a Pastor at Houston’s Second Baptist Church, publicly opposed the ordinance. Young insisted that this was a “moral issue,” not a political one. “Everybody’s interpreted this as a political thing, and that’s not the perspective from which I come. This is beyond politics.” The pastor is half right: This is about politics, but only tangentially.

This was a defeat for champions of equal rights, but it was a temporary setback. There are currently 28 states that do not have statewide non-discrimination policies; that number is shrinking every year, and will continue to do so. Most major cities, for both moral and economic reasons, are ahead of the states and have enacted their own non-discrimination laws (including Texas cities like Dallas, Austin, Fort Worth and San Antonio).

Houston will, eventually, join that list. In the meantime, though, LGBT people in Houston will suffer.